A precocious child who dresses in white, a mute and tattooed grandfather, and pages and pages of pictures of doorknobs all come together to make a surprisingly consoling novel. 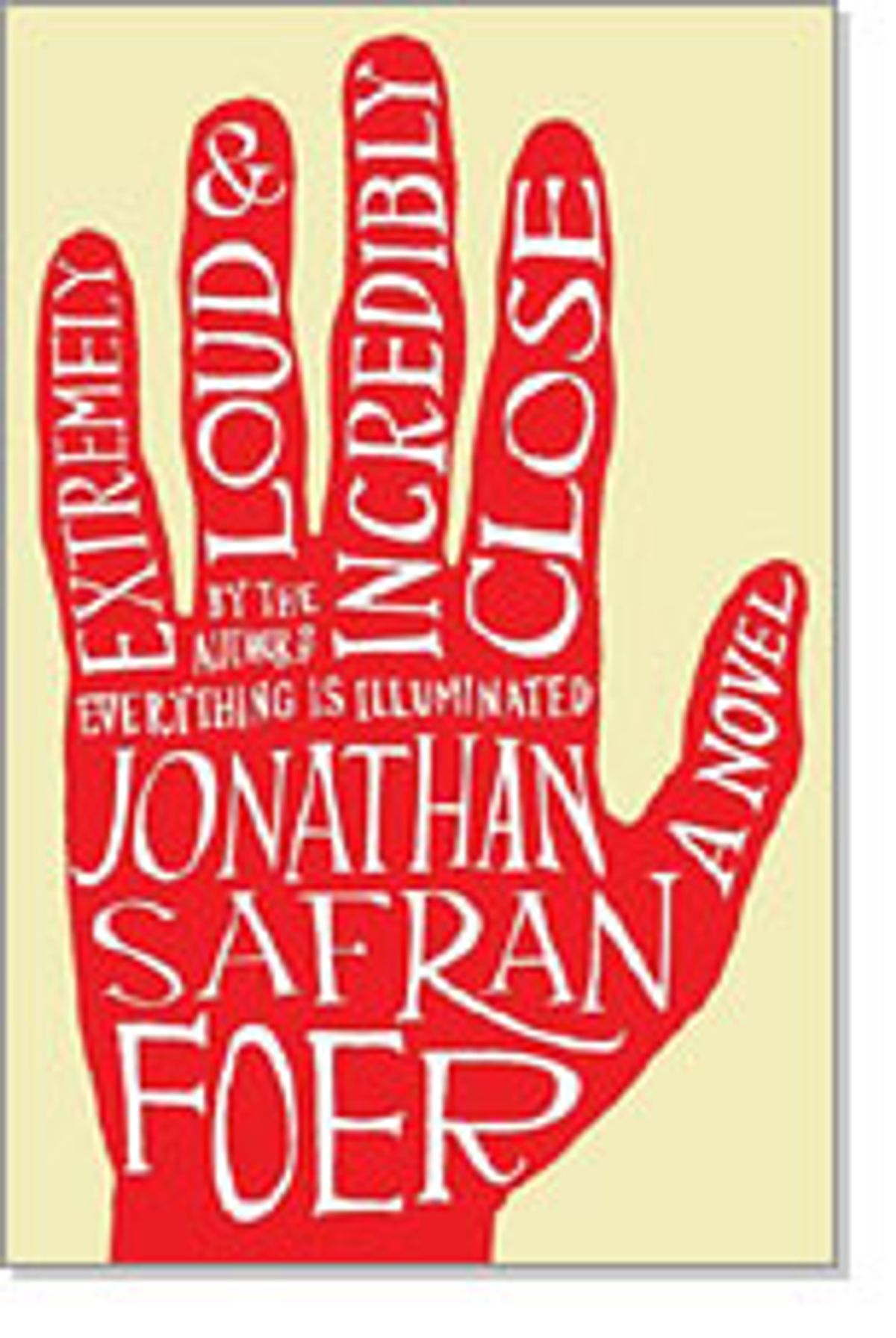 I have to admit that I haven't been too keen to read any of the half-dozen or so 9/11 novels marking this season's fiction lists. That date still feels too close, too fresh in the memory to necessitate a literary reminder, too difficult to render in fiction without the kind of overearnestness that ultimately estranges the reader from the emotional center of the event being described. That's why I was surprised to find that Jonathan Safran Foer's touching account of the grief and disorientation of 9/11's aftermath is also strangely healing.

"Extremely Loud and Incredibly Close" is the story of Oskar Schell, an eccentric 9-year-old, the kind of child that adults adore and kids love to pick on. Oskar -- like most of the characters in this book -- isn't exactly what you would call a realistic invention, but he is nonetheless an endearing and funny narrator. A sort of male, science-geek version of Eloise, he's precocious and independent, coming and going from his Upper West Side home without much adult interference. He dresses exclusively in white, plays the tambourine as he walks down the street, makes jewelry, obsessively searches the Internet and proclaims his favorite book to be "A Brief History of Time."

Oskar's problems begin when his father dies in the attacks on Sept. 11, after which he becomes a tortured insomniac, or, as he puts it, he's "in heavy boots." He obsessively invents contraptions to keep people safe, or at the very least, to ease loneliness ("air bags for skyscrapers, solar-powered limousines that never had to stop moving, a frictionless, perpetual yo-yo"). He also bruises himself on purpose, and he keeps a scrapbook titled "Stuff That Happened to Me," into which he pastes things he finds on the Internet, like pictures of decapitated soldiers and shark attacks, "even though I knew they would only hurt me, because I couldn't help it."

The real reason for Oskar's self-punishment is the secret he's keeping from his family: the five phone messages from his father, trapped in the Windows on the World restaurant at the top of the north tower, which Oskar found and hid when he came home from school on "the worst day." "The secret was a hole in the middle of me that every happy thing fell into," he says, and that hole, coupled with the discovery of a mysterious key in his father's closet, sets him on a journey throughout the city to find the lock it belongs to and, he believes, continued closeness with his father. And so he spends his weekends combing the city for people named Black -- the only clue he has -- on a mission he's decided to keep secret, separating him even further from the rest of his family.

What Oskar doesn't know is that he's not the only one with an emotional hole. His mother struggles through her grief with a male friend, whom Oskar, in typical 9-year-old fashion, highly resents as a father replacement. His grandfather, Thomas Schell, remains tortured by the death of his first fiancie, Anna, and their unborn child, in the bombing of Dresden, a loss that has rendered him mute and dependent on a daybook and the "Yes" and "No" tattoos on his hands to communicate. And Oskar's grandmother ruminates over the destruction of her entire family, including that same Anna, who was her sister, and the knowledge that her marriage is based solely on this shared loss.

Oskar's grandparents' narratives alternate with his; as Thomas writes letters to Oskar's father, whom he abandoned before birth and to whom he obsessively writes unsent explanations, Grandma (who remains unnamed) writes her story to her beloved Oskar. Both grandparents are trying desperately to explain, more to themselves than to their progeny, it seems, the work of creating a normal life after tragedy -- something that Thomas, at least, failed miserably to do. As Oskar himself pushes away his family, "zipping up the sleeping bag of myself," he mimics his grandfather's flight; the central tension of the novel lies in the hope, for the sake of this odd child, that in the end he'll choose love over fear.

Ultimately, "Extremely Loud and Incredibly Close" is a story of that choice, thrust upon the characters by inconsolable grief. The catch of the title is that it is tragedy that is loud and close, but the people who can share and relieve grief are all too quiet and far away. It's an intimate story tightly centered upon one family, but one that links itself to tragedies past and to other personal losses through Oskar's surreal encounters with the city's residents named Black. It's in these meetings, when Oskar reforges the bond of shared experience, that the novel becomes remarkably consoling.

Foer has chosen an experimental form for this second novel, one that includes pictures and blank pages, one page covered with type so closely knitted together that it's impossible to read, a couple more that are filled with just numbers. Some of these link parts of the narrative to others, like the sudden appearance of doorknobs in the midst of Thomas' pages, which only make sense once we know that he's pasted them into the daybooks in which he writes his letters to his son and his one-sentence communiquis with the rest of the world. Some suggest emotions that cannot be expressed in words; the only indication we have of the sense of abandonment Oskar's father feels from Thomas is the one letter he has, which is covered with red circles -- from the same pen, we know from Oskar, that his father used to mark up errors in the New York Times.

In many ways, "Extremely Loud" resembles Foer's first book, "Everything Is Illuminated": the multigenerational wrestling with cataclysm, the obsession with patrilineal history, the alternating narratives. But while "Everything Is Illuminated" was a wonderful debut novel, funny and touching, it was also awkward and clunky the way first attempts often are. A great novelist knows how to guide a reader through the emotional terrain of the story; Foer often lost control of that landscape. "Extremely Loud and Incredibly Close" is, by contrast, the result of a more mature and even pen. Even Foer's flashier tricks, rather than overwhelming the story, serve to heighten the emotionality. It seems clear at this point that Foer has successfully graduated from being a one-off wunderkind to an accomplished and graceful writer. What he has given us is not just a remarkably clever work, but the 9/11 story we need, even if we didn't know it.

Next: For a Frenchman, Sept. 11 spawns an epic bout of self-laceration, reflections on fatherhood, and a moment-by-moment imagining of what it's like to spend the end of your life at the top of a skyscraper