Saved from waging war at age 13 by an aid worker, Emmanuel Jal is now busy with other projects -- promoting peace in Africa and helping with a film, starring Nicole Kidman, about his rescuer. 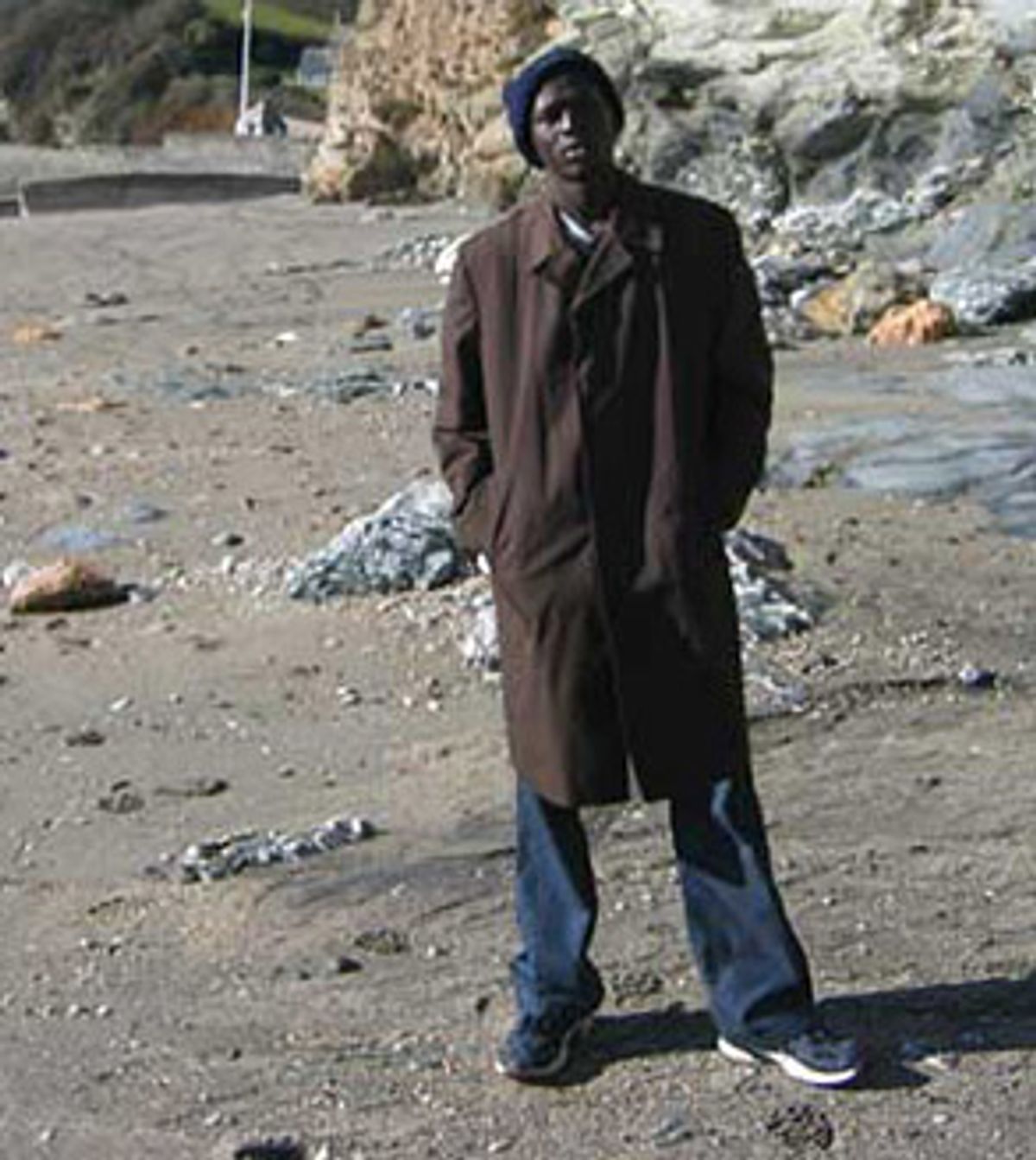 Emmanuel Jal is a rap star who already holds the key to international success in his hands. The hottest thing to hit Nairobi, Kenya, and quite possibly the entire African music scene, for some time, he is Sudanese by birth and a former child soldier. His music is already at the top of the charts in his adopted home of Kenya. It is also gaining a big following in the United States.

Now, as the 25-year-old prepares to record a second album in London in aid of his African peace work, he is due to fly into town this week to meet two of Britain's leading filmmakers -- Tony and Ridley Scott. The new film the brothers want to discuss does not, however, tell the story of Jal's survival. Instead, it is to star Nicole Kidman in the tragic role of Jal's adoptive mother, Emma McCune, the British aid worker who married a Sudanese guerrilla leader.

"Emma's War" will focus on the extraordinary life of McCune, who has already had two books written about her. The film will tell how the voluntary worker left her comfortable English home to teach in Africa. Working in Sudan, she fell in love with Riek Machar, a leader in the Sudanese People's Liberation Army, and became, in her critics' eyes, an apologist for some of the violence in Sudan during the '80s and '90s.

At the time he met McCune, the 13-year-old Jal was fighting with the SPLA. He had learned to fire an AK-47 before he was 8. He had also seen starving comrades reduced to cannibalism. Together with many other child soldiers, Jal had been recruited to the SPLA while he was living in a U.N. refugee camp in Ethiopia, where the Sudanese rebel movement was headquartered. His father was fighting with the rebels and his mother was already dead.

In one typical episode from his terrifying life, Jal and his fellow soldiers made their way to Juba, in the south of Sudan, where SPLA troops were massing for an assault. "There were thousands of young boys like me," he has recalled. "Their work was to weaken the government defenses by running through minefields and getting at the enemy. Because they were lighter and could run fast, they had a better chance of surviving. I was one of them."

When the SPLA split, Jal and a group of 400 fellow soldiers defected to Machar's predominantly Nuer faction, believing conditions for soldiers would be better. Trekking for three months across the bush, the majority did not survive the journey. Many were reduced to eating one another's corpses. When Jal finally arrived, with 11 other survivors, he was spotted among young recruits by McCune, who worked for the Canadian aid group Street Kids.

Her controversial story is already known to those who have read a book by Deborah Scroggins, called "Emma's War: An Aid Worker, a Warlord, Radical Islam and the Politics of Oil -- a True Story of Love and Death in Sudan," on which the film will be based. McCune stuck out, the book claimed, not only because she was white and beautiful but because she frequently wore a red miniskirt.

McCune negotiated for Jal to be demobilized because of his youth and set about educating him, eventually taking full parental responsibility.

According to Maggie McCune, Emma's mother, who published her own book about her daughter in 1999, Jal was a "willful child" and "a true survivor." In "Till the Sun Grows Cold," she writes: "Emmanuel was, and still is, a wild child; a law unto himself. A nomad by birth and a nomad by nature, he knows how to draw the emotions out of people."

Others remember him more fondly as a "precocious boy" who was devoted to McCune and who, in turn, was lavished with love and attention. For Peter Moszynski, who met and befriended the family when he taught in Sudanese schools, the relationship between the boy and McCune was always intense and positive.

McCune soon engineered Jal's escape from Sudan. She sent him to Kenya hidden in a box of aircraft parts on an aid flight and asked her mother to look out for him while she continued to pay for his education. "She was like a mum," Jal has said. "She would take me everywhere with her and got me into school."

Then, in 1993, Emma, who was five months' pregnant, was killed in a car crash in Nairobi. Left alone again at 14, Jal lost all interest in life for some months. Friends of the McCunes stepped in as his guardians and have organized his education ever since. "He has grown into a wonderful man," said Moszynski, who has helped fund Jal's existence in Kenya. "I am very proud, because he is my honorary godson and he is the most altruistic man I have ever met. He has grown up to be wonderful and is now enjoying having become an overnight sensation."

The album is designed to raise funds to promote peace in Africa. But his visitor's visa had been not approved by last Friday and it is unclear whether he will be able to travel Monday. Back in Nairobi, Jal now lives in one of the city's more fashionable districts, where he began to perform to raise money for children's homes. Supported in part by former friends of McCune, he was able to record his first album, "Gua," which means peace, last year.