A muckraking Chippewa journalist says tribal press constraints keep details of the recent school shooting murky -- and hide systemic problems on the reservation where he grew up. 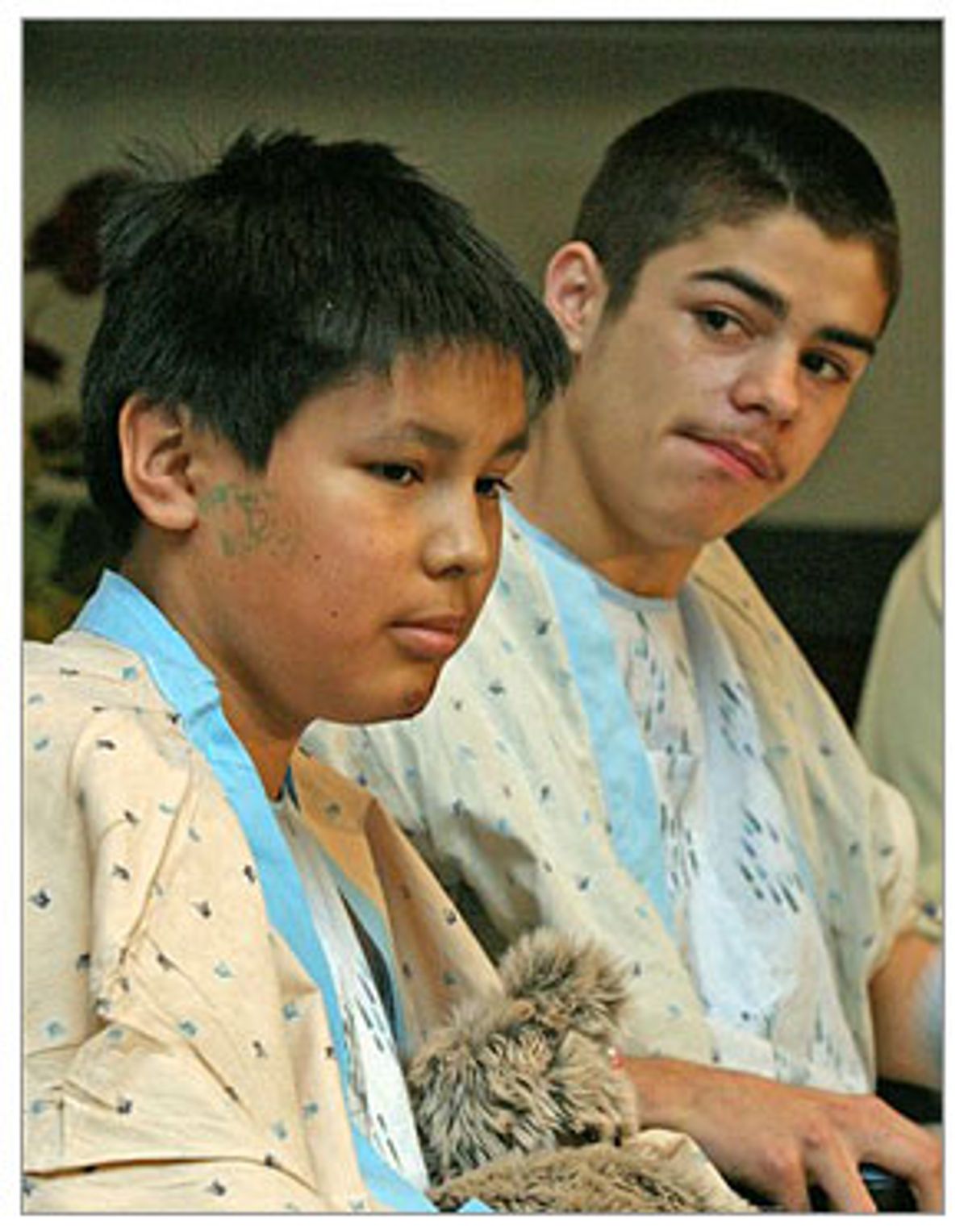 With many details of the school shooting on the Red Lake Indian Reservation still emerging, journalists from around the country have trekked en masse to the remote tribal region of northern Minnesota. But they've learned that freedom of the press abruptly ends on the edges of Minnesota 1, the highway that cuts through the reservation, where Chippewa tribal customs prevail.

Local police threaten legal consequences if journalists breach the reservation's boundaries and have sent many journalists on their way, with their only recourse being an appeal to the tribal court. Some family members of Red Lake shooting victims have stepped forward and criticized the tribal officials for their stringent restrictions on the press. On Thursday, tribal police pulled over a Knight-Ridder vehicle, confiscated camera equipment, and broke up an interview with the father of one of the victims.

To muckraking Chippewa journalist Bill Lawrence, the press constraints in Red Lake come as no surprise. He lived there as a child and returned after law school. In 1970 and 1978, he ran losing campaigns to become a tribal official -- he insists the elections were rigged -- and has been an outspoken critic of tribal governments. He now lives in Bemidji, 30 minutes outside Red Lake.

Following the American Indian movement of the late 1970s, Lawrence founded Native American Press/Ojibwe News, the first independent newspaper of the tribal region of northern Minnesota. Lawrence has devoted most of his adult life to digging up dirt on corrupt tribal politicians and shedding light on news neglected by both the tribal and the mainstream press. Because of his laissez-faire attitude toward journalistic decorum and his heavy use of anonymous sources -- 80 percent are anonymous, Lawrence told Salon -- he has a lot of critics among Native American journalists. Despite his efforts to elucidate what he considers systemic problems in the tribal system of self-government, the reservations of north-central Minnesota remain isolated places, unfamiliar to the society around them.

In the wake of the Red Lake school shooting, the question whether tribal press constraints allow troubles on reservations to go unnoticed is resurfacing, even as some Native Americans are concerned the shootings will make the outside world focus unfairly on problems at Red Lake, like poverty and violence, that are shared by many other rural areas. Lawrence spoke to Salon from the Ojibwe newsroom in Bemidji. When reporters make their way to his part of the world and complain about the closed society, he tells them, "Welcome to Red Lake."

The Indian Civil Rights Act of 1968 established that the rights guaranteed by the U.S. Constitution also apply to Native Americans living on reservations. In your experience, how have tribal courts interpreted the act with regard to freedom of the press?

There's practically none. They don't want people allowed in there, and that's the history.

Tribal governments fund tribal publications. Is this analogous to the relationship National Public Radio has to the U.S. Congress?

Red Lake is considered a closed reservation. Tribal governments fund these tribal newspapers and they hire the editors, and if they write something they don't want written, they're out. I get practically no advertising; we survive selling papers and subscriptions. There's a huge cry for change, or else I never would have been able to survive. Ojibwe News has been confiscated a number of times when [tribal officials] don't want something out, or they'll buy out all the papers. Any stories that we write we have to depend on other people to furnish us with the facts, and anybody who writes for me knows they're facing retaliation.

Retaliation from the tribal officials. People are afraid of losing their jobs, their houses; this happens every day. We have no rights. I have to use anonymous sources for 80 percent of the things I write. I can hardly find a person who lives out there to write for me. Occasionally I have, but they mysteriously get a job with the tribe. The tribe spends on their newspapers three times what I spend to put it [Ojibwe News] out weekly.

What do you think about the mainstream coverage of the shootings at Red Lake?

The media floods in, then they leave and it's forgotten, but it doesn't really end. I asked a friend who lives up in Red Lake how it's been and he said, "These reporters are like crabs that crawl all over you."

Will the national media spotlight on the shootings improve anything at Red Lake?

It's certainly bringing a lot of focus and attention to the problems, but how long it's going to last is a good question. Once you get to the freedom-of-the-press rights, you're getting at the basic issues here. If we don't have freedom of the press, what kind of government do we have? This is one of the issues I've campaigned for, for 37 years.

I'm a real realist about this business -- I guess because I've been in it so long. We'll probably have more [shootings] before anything happens. Maybe I'm wrong. I'm hopeful it will bring attention, but I'm doubtful things will change.

Is it right to attribute the Red Lake High School tragedy to problems on the reservation?

The conditions are so much more adverse than what you'd expect to see anywhere else. Horrific as this incident was, we knew something was going to happen. The cause of these events will stay there, festering. This kid wasn't a product of the reservation; he moved there from the Twin Cities. We've seen an exodus back to the reservations because of the gambling and the new money, but a lot of people leave again because of the drugs and the alcohol and the violence.

You have expressed on many occasions that the status quo of sovereignty is failing Native Americans. Why should reservations be subject to the same laws as U.S. citizens?

We're U.S. citizens. Why shouldn't we? Just because we're on a reservation? I'm a U.S. citizen, but I'm only a member of the Red Lake band [of Chippewa Indians]. And that's a major distinction. Our constitution should provide for us wherever we are in this country.