The horror! The horror! When the dog gets hacked and the kid gets stalked in the first five minutes, you know you're in for it. 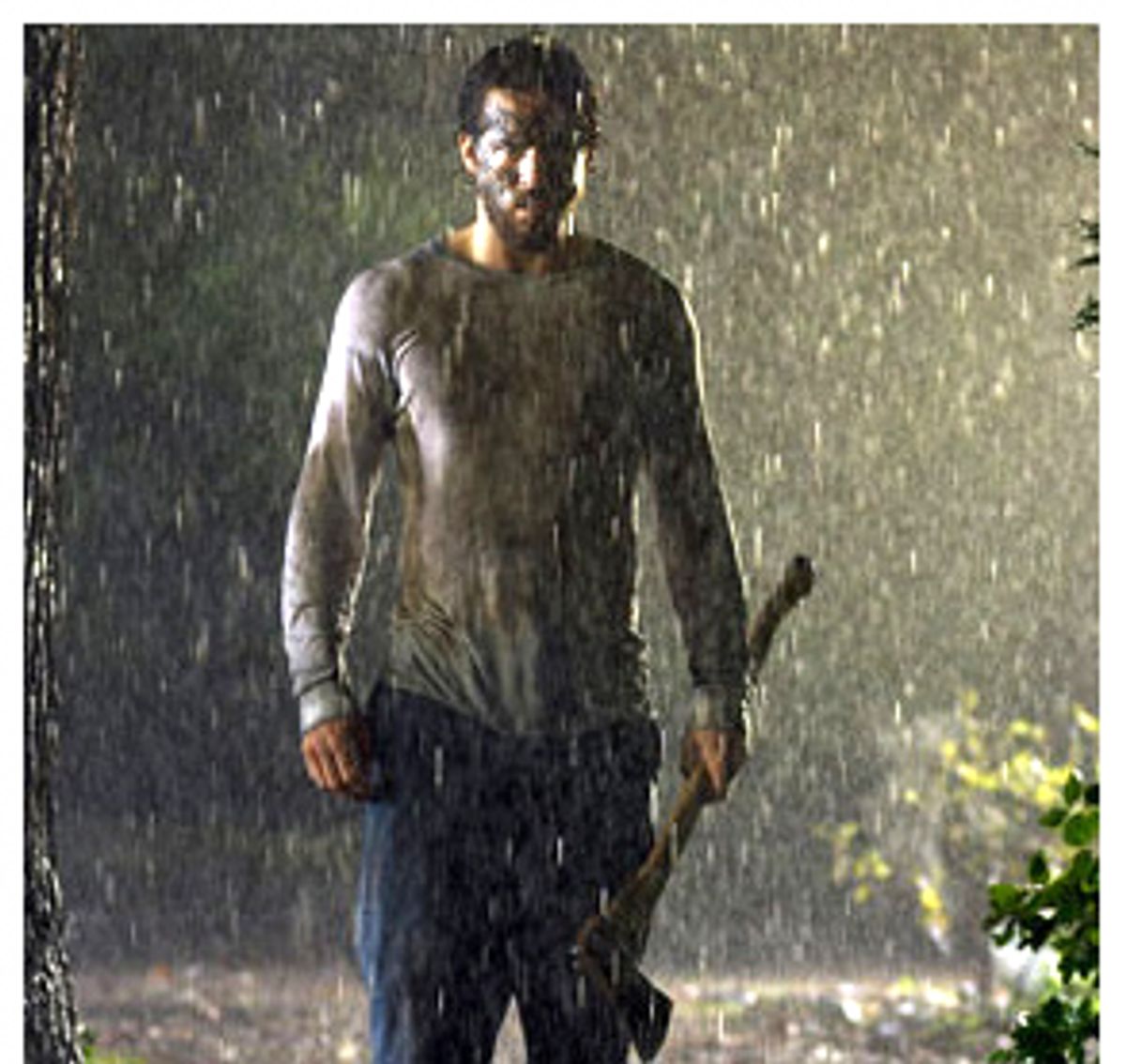 Full disclosure: I made it through only one hour of "The Amityville Horror" -- I left just after the family dog was hacked to death with an ax. I should have left after the first five minutes, in which a little girl huddles, terrified, in a closet as her deranged older brother bears down on her with a shotgun. The camera lingers on her tear-stained face; she clings to a stuffed toy. That squirt-squirt sound you hear is the director, Andrew Douglas, milking the audience in the cheapest way possible, whipping up what he thinks is a froth of dramatic tension in his cheap tin pail. Don't know much about suspense or terror or building a mood of dread? Trot out the dogs and kids, because it gets 'em every time.

"The Amityville Horror" is an extreme example of a director's confusing sadistic game-playing with the building of suspense. The child-terrorizing scene aside, "The Amityville Horror" starts out like plenty of other stock horror movies. Early on, a young couple -- played by Melissa George (an often charming actress, but misused here) and Ryan Reynolds -- have a look around a huge Dutch Colonial they hope to buy. They don't have much money; they've just gotten married, and she has three kids from a previous marriage. (She's a widow, and the kids miss their dad desperately.) But oddly enough -- particularly if you ignore those weird rusty-red stains fanning out across the ceiling -- this massive house is actually affordable. In fact, the price is too good to be true! The man pronounces it the "deal of a lifetime." The real-estate agent, a twitchy sort in an overpoofed hairdo (the picture is set in the '70s, although at first I was convinced that the high-waisted jeans and slim leather jackets worn by the characters just meant they were exceedingly hip retro-shoppers), responds all too brightly, "And what is wrong with that?"

All that is stock haunted-house stuff, and it's rendered here with a dull poker face. The scene is not particularly funny and not particularly creepy -- not even when the man says, with altar-boy seriousness, "Houses don't kill people; people do." The sequence is neutral enough to make you think that the scared child in the closet was possibly just a lapse in judgment on the filmmaker's part.

But after that, "The Amityville Horror" -- a remake of the dopey 1979 picture, which was based on Jay Anson's bestselling novel, which was in turn based on the not-so-true story of a supposedly haunted Long Island house -- begins its relentless clubbing. The picture is loaded with shock cuts, visual jolts accompanied by booming thunder-cracks on the soundtrack, and totally dumb stuff, as when the house's "new" little girl climbs onto the high peaked roof in a daze and does a Nadia Comaneci routine on tippy-toe. By that point, the picture has also devolved into a blatant rip-off of one of the great modern horror movies, Joseph Ruben's 1987 "The Stepfather" (in which the astonishing Terry O'Quinn plays a genuinely creepy killer possessed by nothing more than the drive to build the perfect family).

All of those jumpy cuts and loud noises in "The Amityville Horror" are designed to get some reaction out of us, and when Douglas thinks we might be getting bored -- well, there goes the dog. Why not? The movie sets us up for it early on and makes us wait for it, as if it were a particularly delectable petit four.

You may be thinking, "You just don't like horror movies" or "You can't take violence." But horror and violence that are humorless or artless (or both) are of no use to a moviegoer. And while it's a horror trope to endanger the family pet (and sometimes to kill it off), when animals are killed in movies, they're almost always stand-ins for children. In other words, filmmakers allow things to happen to animals (who represent complete innocence) that they'd never allow to happen to children, but they get a similar shocked, horrified response out of the audience. It's a cheap bait-and-switch tactic, and I think it's part of the reason we're often far more upset over an animal's death in a movie than we are over a human's -- not necessarily because we value animal life over human life, but because in some ways an animal represents the essence of life.

Of course, Douglas is pretty much immune from that discussion anyway, seeing as he fixates on endangered kids and animals -- why discriminate? Then again, what are we, the audience, thinking, when we actually expect discrimination from a filmmaker?

"The Amityville Horror" is a bad movie, but it will draw an audience anyway, just because it at least offers the promise of cheap, horror-movie fun, and plenty of us want that kind of fun once in a while. "The Amityville Horror" will do its business in the theaters, and then do more business on DVD. After a while, almost everybody who saw it will probably forget about it.

Or maybe not. "The Amityville Horror" marks the first time I've ever walked out of a movie I've been assigned to review. It's a badly made movie, but face it: We all see plenty of those (and we even enjoy some of them). But even if "The Amityville Horror" will be completely forgotten in a year's time, I think, as part of the cycle of carelessly but often expensively made pictures that Hollywood studios are increasingly putting before us, it's still significant. I wasn't shocked by "The Amityville Horror," or outraged by it: I felt nothing but disdain. As a symbol of what some filmmakers and some studios think the public will buy, it's a horrific piece of work. How dare anyone put this piece of crap in front of me. How dare anyone put it in front of you.