A thing of beauty is (now) a joy forever

My new heroes are the Brigham Young researchers whose scanners have unveiled ancient fragments of Sophocles, Euripides and the earliest Gospels. 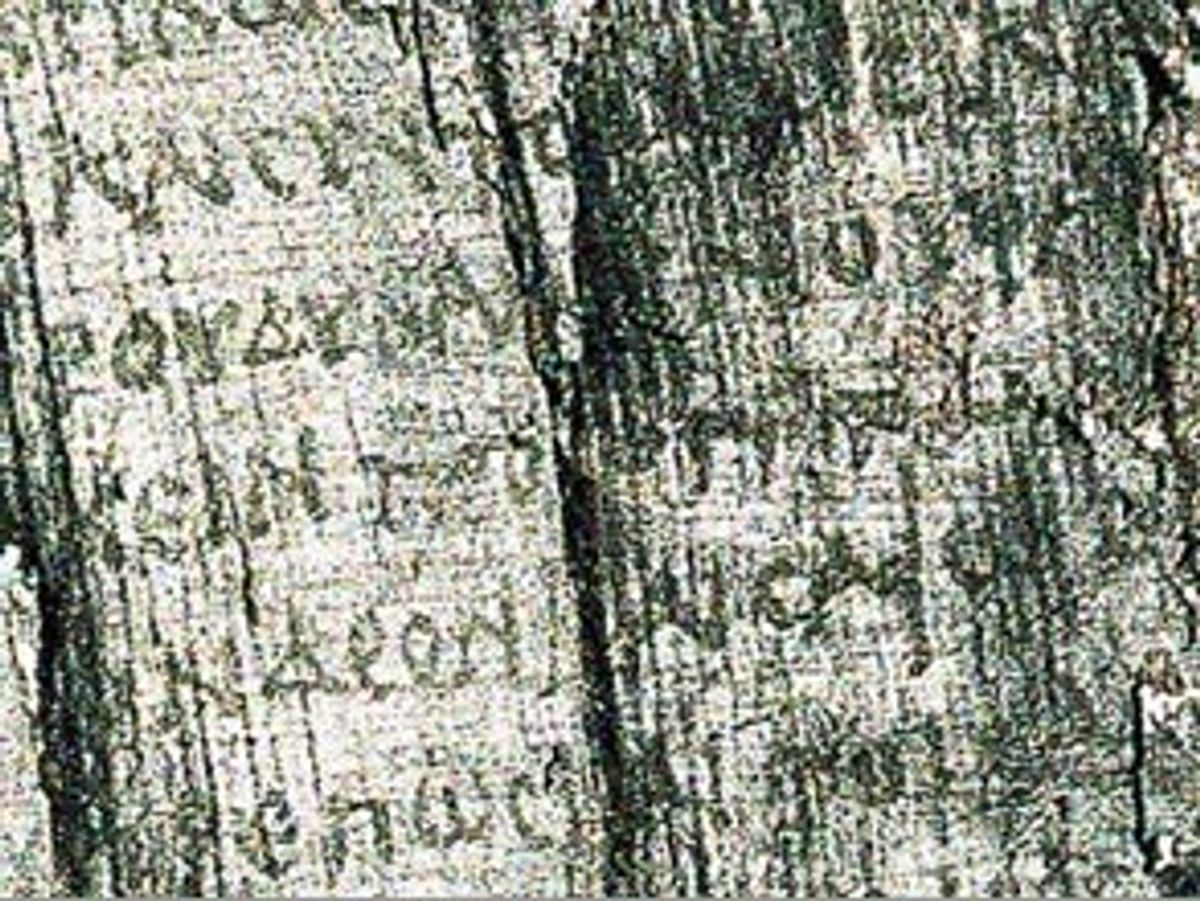 When I was a high school student studying Latin, my teacher, an owlish woman named Mrs. Hodges, would often ask us to translate on the fly as we were plodding our way through Virgil's "Aeneid" or Caesar's "Gallic Commentaries." Normally, we would mangle the selected passage, and feel abashed as she frowned. But every now and then the right words would felicitously fall together and a pleased smile would appear on Mrs. Hodges' face. And she would bestow upon us her highest praise: "A thing of beauty is a joy for ever."

Her words (the opening lines of Keats' "Endymion"), pronounced in a deep Southern drawl, resonated in me over the weekend when I heard the news that researchers at Oxford University using "multispectral imaging" had achieved a historic breakthrough, deciphering a vast hoard of ancient papyrus scrolls hitherto deemed illegible. Hundreds of thousands of fragments that had been found a century ago in a rubbish heap in the ancient Egyptian city of Oxyrhynchus are now potentially accessible to scholars.

The news caused a flurry of glee -- and lust -- among the people who care about such things. Unread works by Sophocles and Euripides? The earliest Gospels ever put down on papyrus? The original article stated that the breakthrough was "likely to increase the number of great literary works fully or partially surviving from the ancient Greek world by up to a fifth. It could easily double the surviving body of lesser work -- the pulp fiction and sitcoms of the day."

That just doesn't happen every day.

As is usual in such cases, the initial excitement soon became tempered by cooler heads. While the discoveries are no doubt of great excitement to Oxford papyrologists, the surviving papryus is hardly an organized library. Richard Janko, chair of the Department of Classics at the University of Michigan, warned that "whole works are unlikely to come from Oxyrhynchus." Andrew Feldherr, a high school classmate of mine and fellow Latin student who went on to become a professor of classics at Princeton (and who, incidentally, never mangled his sight-read translations for Mrs. Hodges), also expressed caution at imagining the breakthrough might lead to a "second Renaissance" -- as one expert was quoted saying.

Still, the heart beats faster when one imagines fragments of any significance regained from the rubbish bins of history. If one has devoted one's intellectual life to Sophocles, just a few new lines are more than enough grist for a tidal wave of dissertations. And Janko notes that there are other sites where the same technology does hold the promise of uncovering entire works. There are wonders waiting for us.

As Ginny Lindzen, who was excitedly discussing the revelations on a mailing list frequented by classics scholars, said in an e-mail, "SOPHOCLES! When you consider the impact of just one of his plays -- Oedipus Rex -- on western civilization, how extraordinary to think we have something new from Sophocles. It would be like discovering a new Shakespearean play. Better, even. After all, when we talk about Hamlet, we speak of him having an Oedipal complex, don't we?!"

Technological discovery is usually imagined as a thing of the future: new inventions, new cures, new discoveries. But we should never forget that they can also revivify the past. The scanning technology researchers at Brigham Young University, led by Steven and Susan Booras, are my new heroes, shining a telescope into the distant sources of Western civilization.

Lindzen, an advocate for Latin teaching who chairs the Committee for the Promotion of Latin at Porter Middle School in Austin, Texas, brought the relevance of using new technology for ancient purposes all the way back around to my beloved Latin teacher, when she noted that classicists are often among "the first to grab new technology and put it toward good use."

"Latin online libraries were created so that teachers everywhere could teach not just the authors in their books, but anyone they chose whether they had a text or not. Often the first people at a school to jump on new technology are the Latin teachers, who are forever striving to keep their field from being cut."

The Internet was hardly more than a gleam in a geek's eye in the mid-'70s, when I was studying Latin, and certainly, the idea that technologies originally developed for satellite photography would discover "new" works by Sophocles or Euripedes was not something that Mrs. Hodges would have imagined. But I know exactly what she would say, if she was still around for me to tell her the news. Her eyes would twinkle, and she would intone: "A thing of beauty is a joy for ever."