Why can't indie bands stay on the soundtrack -- and off the stage -- of trendy TV teen shows? 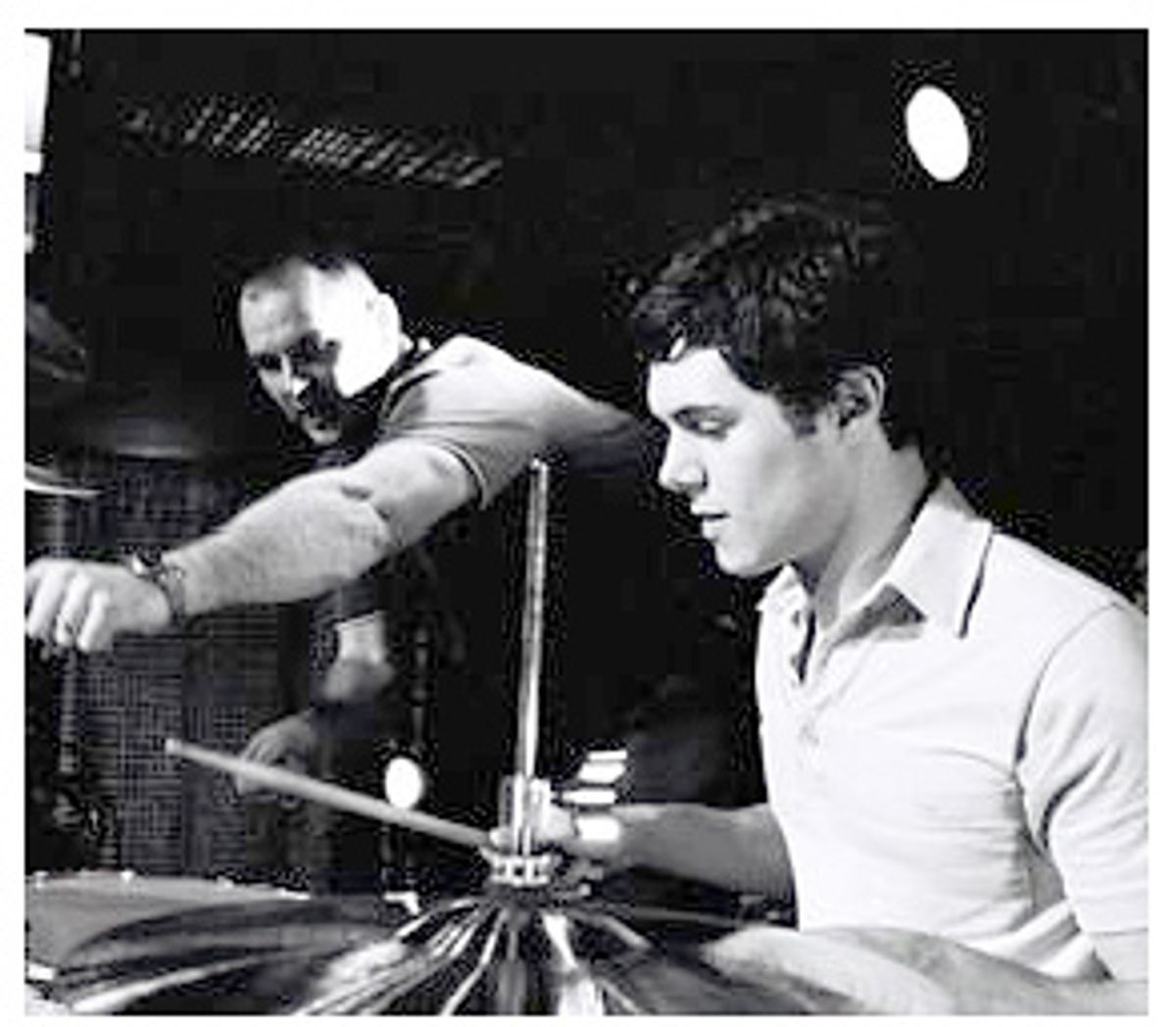 Death Cab for Cutie's performance Thursday night on Fox's teen drama "The OC"should have been a dream date for my television and me. I'm a devotee of the band and an "OC" loyalist; I relish any opportunity for an uninterrupted one-on-one with my old Magnavox. But the event was more like a setup with a friend's friend than an intimate evening with the one I love. I'll be honest: For the short time Death Cab graced the stage of the Bait Shop, I was holding my breath, waiting for frontman Ben Gibbard to call out to the stiff, overstyled, underage crowd, "Good night, OC!" so the show could resume its regular, tumultuous, completely contrived course.

I suspected this might happen. My expectations for the show were low. Like blind dates, setups like this one have never panned out particularly well. Watching bands I love play to indifferent audiences of slim, styled Abercrombie-wearing TV teens plunges me into despair. Inevitably, the bands look old and, often, fat; the sets are brightly lit and unconvincing; the sound is, if not completely dubbed in, terrible. Last year, I made my news junkie friend Laura turn off a White House press conference on Iraq to watch the Shins perform on "Gilmore Girls" -- what a mistake! When Aimee Mann made a forced, awkward appearance on "Buffy the Vampire Slayer" a few years ago, she was shown walking offstage muttering, "I hate playing vampire towns" -- a memorably bad line in a memorably well-written show. Modest Mouse -- a band that's been around for 12 years and started out with tiny K Records -- on teen prime time? Don't ask.

I don't blame the musicians for the lack of chemistry. They're there to serve as backdrop for an unfurling plot rather than connect with their fans. Most of the time the music isn't even live. With Death Cab, their three songs were clearly dubbed in; the sound of "Title and Registration" as it faded in and out to allow for Summer and Marisa's bantering, was pristine, right down to its very un-live synthetic beats. I admire that "OC" creator Josh Schwartz (whose tastes in music have been passed on to lead character Seth Cohen) and his music supervisor Alexandra Patsavas are bringing the music they love into their hit shows; they've helped fuel the recent revival of indie rock. Seth's well-known adoration of Death Cab is, I suspect, in no small part responsible for the fact that the band signed a major-label deal last year. But these performances can't be doing much of anything for these bands that the various "OC" and WB soundtracks haven't done already. Watching a bunch of guys pushing 30 perform in front of a crowd of kids who look like they'd rather be at the mall, or checking out "The Amityville Horror," would only seem to raise doubt about their mass appeal -- not strengthen it.

Around the time the Shins performed on "Gilmore Girls" last year, I had just seen the band play two sold-out nights in a row at Irving Plaza here in New York. (I know, dorky, especially for a gal who's pushing 30 herself.) Those crowds -- mostly college-age girls and their messy-haired boyfriends -- danced and sang along like they were at a Beatles show in 1964. "So Says I," the first single from their second record "Chutes Too Narrow," came off like a club hit; the girls shook their bobbed hair and twisted to the floor while the boys engaged in some seriously earnest head-nodding. It was thrilling, especially since the Shins aren't exactly the Beatles. Meaning: Their lead singer is a small, thin-haired sweetheart with little stage presence; their keyboard player (and default frontman) is a chubby goofball; the other two band members are not particularly charismatic. In other words, teen idols The Shins are not.

When it's live, who cares? The music is what matters; the too-loud sound connects you to the band. It's what transforms Shins singer/songwriter/genius James Mercer from a modest every-boy to the most beautiful man you have ever seen hold a guitar. But on TV, in these unconvincing clubs that mysteriously allow teenagers, these great bands look flat and lame; instead of rock gods, they devolve into throwaway garage bands begging for prom gigs. On "Gilmore Girls," Mercer looked so paranoid and out of context, and the crowd (with the noted exception of Rory) appeared so mismatched, you'd have thought the Shins were a last minute fill-in for N'SYNC. Last night on "The OC," Ben Gibbard was the only one of the Death Cab quartet to get any real face time, and that which he did was terrible. During "Sound of Settling" he looked absolutely spastic, there were so many jump cuts. And the lovable Gibbard -- who, like Mercer, doesn't have the looks your average female fan would dream up to go with his agile and warming voice -- was shot from the side, so that the only sense you got of him was a blur of black, Clark Kent-style glasses and a mole on his cheek.

But it's good marketing, right? All the kids watching "The OC" spend money on CDs and legal downloads after seeing the band on the show? But what was so wrong with keeping the music to the soundtrack, in the background? I'd rather associate a song with a kiss between Seth and Summer, or a fight between Ryan and some water polo player, than a limp hangout scene in the Bait Shop. On the stage, there's no drama. A band is nothing more than a prop, a song is never loud enough, the very cute guitar player is never visible. The setup takes all the joy out of a live performance, and all the excitement out of a truly dramatic moment. It's a waste.

And I'd rather keep my dates predictable. If "The OC" and its WB cousins keep trying to set me and my television up for some kind of crazy minage-a-quatre, I might have to break up with someone. And I'm pretty sure it isn't going to be the band.