It's TV Turnoff Week, and its mastermind explains why thousands of culture jammers might be disrupting a sports bar near you. 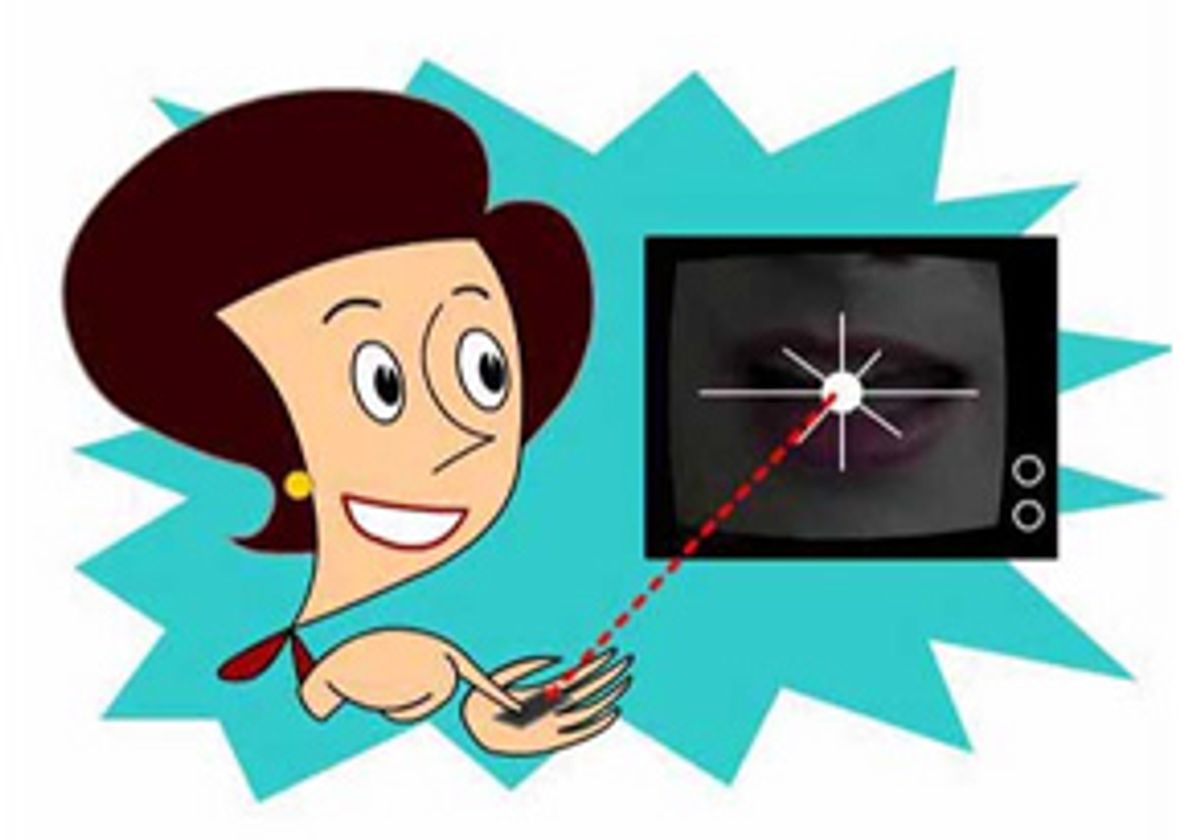 That intrusive moment -- in a bar, on a subway, at the airport -- when a loud television dominates a public place was the original inspiration for TV-B-Gone, a lightweight remote control created by San Francisco engineer Mitch Altman. TV-B-Gone can hang on a keychain and can turn off almost any television, anywhere. The device was so popular that it sold out within hours of its launch in October 2004. And now Altman's remotes are in particular demand, as Adbusters magazine promotes their use in conjunction with TV Turnoff Week, which begins Monday.

After Adbusters started it in 1994 with the goal of improving our quality of life, TV Turnoff Week has become a bit of a mainstay. The TV Turnoff Network, a Washington group that promotes TV Turnoff Week mostly in schools, estimates that 7.6 million people participated in the campaign last year. Still, publicity for the event has waned in recent years, so Adbusters took a more radical approach. The magazine's staff believes that some 2,500 TV-B-Gone devices have been bought so far through Adbusters' Web site; there's no way to tell how they'll be distributed in its "JammerGroup" network of more than 10,000 people. But, for $15 a pop, the small army can (temporarily) silence that fuzzy white noise in restaurants, coin laundries and waiting rooms.

But does every public TV need to be turned off? Do nature shows get privileged treatment? And does culture jamming run the risk of becoming more annoying than watching Bill O'Reilly in the grocery checkout lane? Salon spoke with Kalle Lasn, Adbusters' editor in chief and the patriarch of TV Turnoff Week, from his home in Vancouver.

Why did you decide to combine TV-B-Gone with TV Turnoff week?

We brainstormed here at Adbusters and figured that TV Turnoff Week was losing a bit of its oomph over the last few years ... TV-B-Gone has given our TV Turnoff Week campaign, which was sort of dormant, a bit of magic. TV-B-Gone doesn't exactly give us our voices back, but it helps us get some control. It shuts up that corporate, commercial ad agency voice. In public spaces, they have the right to put up a TV, but I think that we the people who have to live in those public spaces have the right to switch those things off.

How do you see this working?

I go to a bank every Saturday here in Vancouver. When I'm standing in line I have this group of three TV sets that I'm looking at, whether I like it or not. Last Saturday, I had my TV-B-Gone with me while I was standing in line, and I pressed the button and I switched those TVs off. It was a beautiful moment. It was a moment where I felt that we were in control, rather than the bank with its TV sets.

People's reactions were interesting. Before, everybody was kind of standing there with their heads slightly lifted toward the TV sets. Nobody was talking to each other. But a few seconds after those TVs went off, people were suddenly talking to each other and looking around. It felt like real life again. It was an epiphany -- and the bank didn't even notice.

But when is it appropriate to turn off someone else's TVs?

I think everybody has to decide for themselves what's off-limits. I know there are some edgy people who will, for the sheer fun of it, switch every damn thing off. But I was at the airport the other day, and there was a big TV set that a number of people were watching, and for some reason I didn't want to switch it off because it was some nature show. I think it's a decision that people can make in the moment it's happening.

Do you anticipate a number of television vigilantes who will go into stores and bars, switching TVs off?

I think the real question here isn't whether there's going to be a few vigilantes who switch off TV sets. The question is, what right do airports and bank managers have to force us to watch TV in public places?

If you treat this device as a little lark, you're missing the point. It's the tip of the iceberg in addressing an incredibly polluted mental environment that is now causing mental diseases to the point where the World Health Organization is predicting that by the year 2020, mental diseases will be more widespread than heart disease. We live in an age of mood disorders and anxiety attacks, where depression has gone up by 300 percent in two generations. It's gotten to the point where there are ads in fortune cookies, and here in Vancouver, you walk into the bathroom and a TV set suddenly goes on in front of you while you're pissing.

What do you think of someone going into a sports bar -- where people have gone to watch a game -- and turning the TV off there? Do you think that's a justified use?

Well, we've done that, and occasionally we had to hightail it out of there really fast because there was going to be a fight. But at the beginning of movements like this one, I think a certain amount of civil disobedience, even if it gets physical after a while, is good.

But are you sacrificing any educational aspect of TV Turnoff Week this way?

I don't think the educational component has been sacrificed; I think what has been sacrificed is the debate over the larger issues: What is happening in our mental commons? What does a commercial do to you? What does media concentration really mean for a democracy? How can so many Americans still think there was a connection between Saddam Hussein and al-Qaida? There's an incredible amount of disinformation floating around.