Can prison inmates and hippies in sweat pants find serenity together? 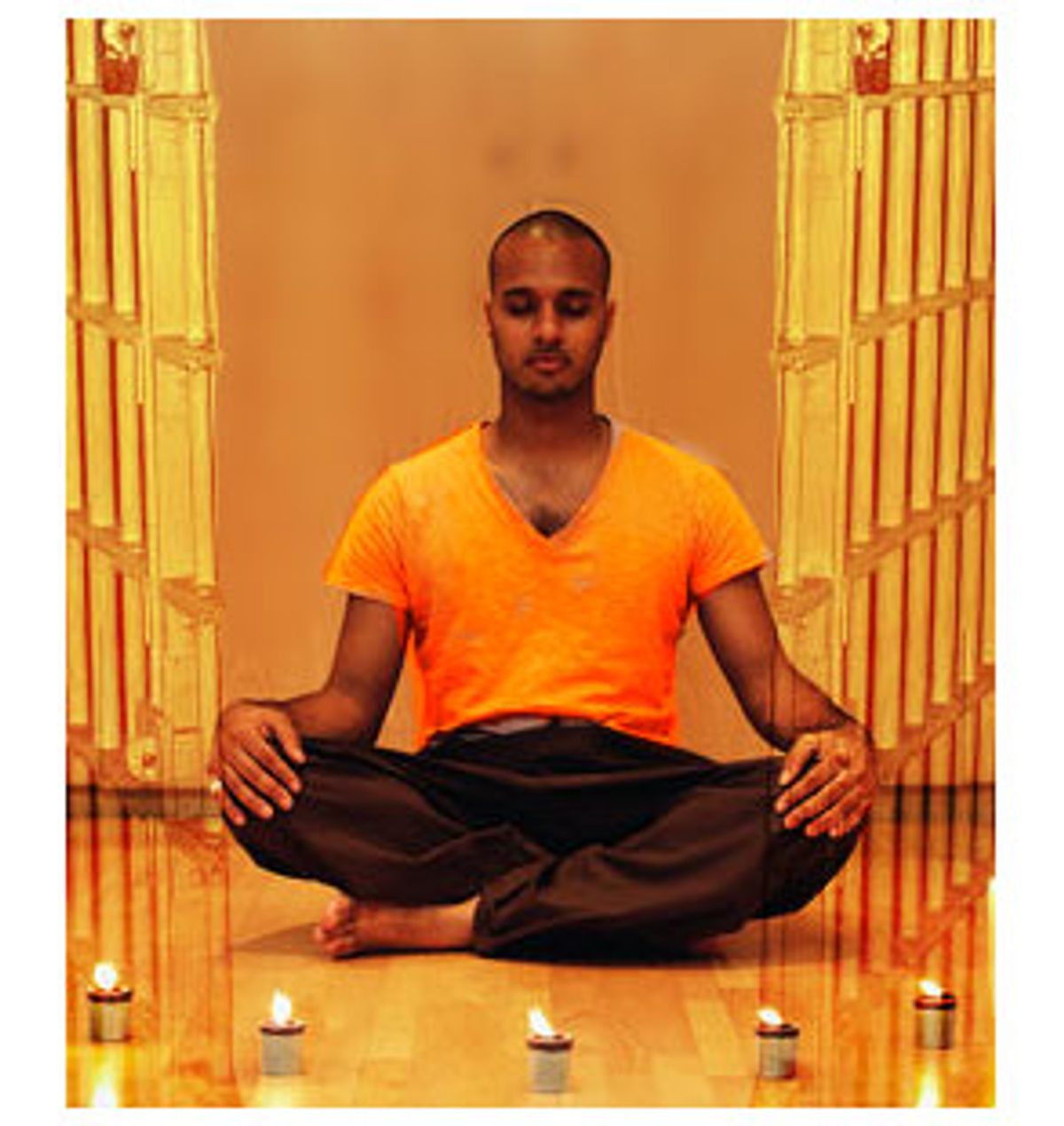 The deputy peeks out of his cage, picks up the phone, and his deep monotone echoes through the pod. "Meditation, meditation, everybody wanna do meditation, make your bed, go to the bathroom."

I thought at first he said "medication," but I already got my T.B. test, so the nurse doesn't need me for anything. I look around confused and then my Salvadoran celly blurts out bossily, "Joga. It's joga time."

A moment later "Hawaii," my other celly, asks mindfully, "Is it gonna be bitches?"

Good question, Hawaii. Is it gonna be bitches indeed. We'll have to investigate.

Hawaii and I shuffle through the pod up to the classroom in our county-issue orange pajamas and flip-flops. Upon opening the door, however, we realize that instead of bitches, we've got two of the gayest, whitest, squarest hippies in America on our hands. In sweat pants. But it's too late. We've entered the "calm zone."

Nothing left to do now but sit cross-legged on the floor with our fellow inmates and listen to the spiritual musings of our sweat-panted man Jerry and his friend, the Michael Bolton of yoga. But it's cool.

"Stretch it out, motherfucker." This is what thugs must say to themselves as they sneak into downward dog. It's what I say to myself. "Don't be a bitch. You can do this motherfuckin' backbend. Maaan, Michael Bolton can do this shit."

It's a circus out there. But this is the calm zone.

For the moment, corn-fed white boy is right next to me. He is pointing his chin at the fluorescent-lit ceiling, eyes gently closed, and twisting his torso toward the Pacific Ocean. So is orange-dreadlock gold-teeth kid over in the corner. And so is oily, scabby, HIV-positive, always hungry or sleeping "Hawaii" -- my celly and best friend in this motherfucking circus.

My back is against the wall and Michael Bolton is leading us through the most serene, magic, flying-bullfrog fantasy forest I've ever floated by. I won't say that clocks were melting down the chalkboard, or a majestic toucan flew through the room, but time passed. And it passed without "Fear Factor" or baseball or Ultimate Fighting or beauty pageants or tanks, tanks, tanks on television. There's also no beer or heroin or stolen cars or bruised wives or hungry daughters inside the calm zone.

Gently, we float back out of the forest and past the safe zone. We find ourselves stomping back through the circus, under the suspicious gaze of those who have not joined us -- "What they be doin' up in there, man?"

Up in there, I saw serenity in the faces of needle worshippers and droopy dog-eyed wife beaters. Fuck Ultimate Fighting and the whole three-ring "Fear Factor." I saw serenity.

Still floating, I cross the threshold of my cell, tumbling into my cardboard-thin mattress like a mountain of miniature marshmallows. My eyelids fall again and I half smile just as corn-fed whispers to me, "Man, yoga is weak. That shit don't do nothin'."

Russell Morse is a writer for Pacific News Service in San Francisco.