How do I reconcile my faith with that of the spiritual hysterics in the White House? Easy. I don't even try. 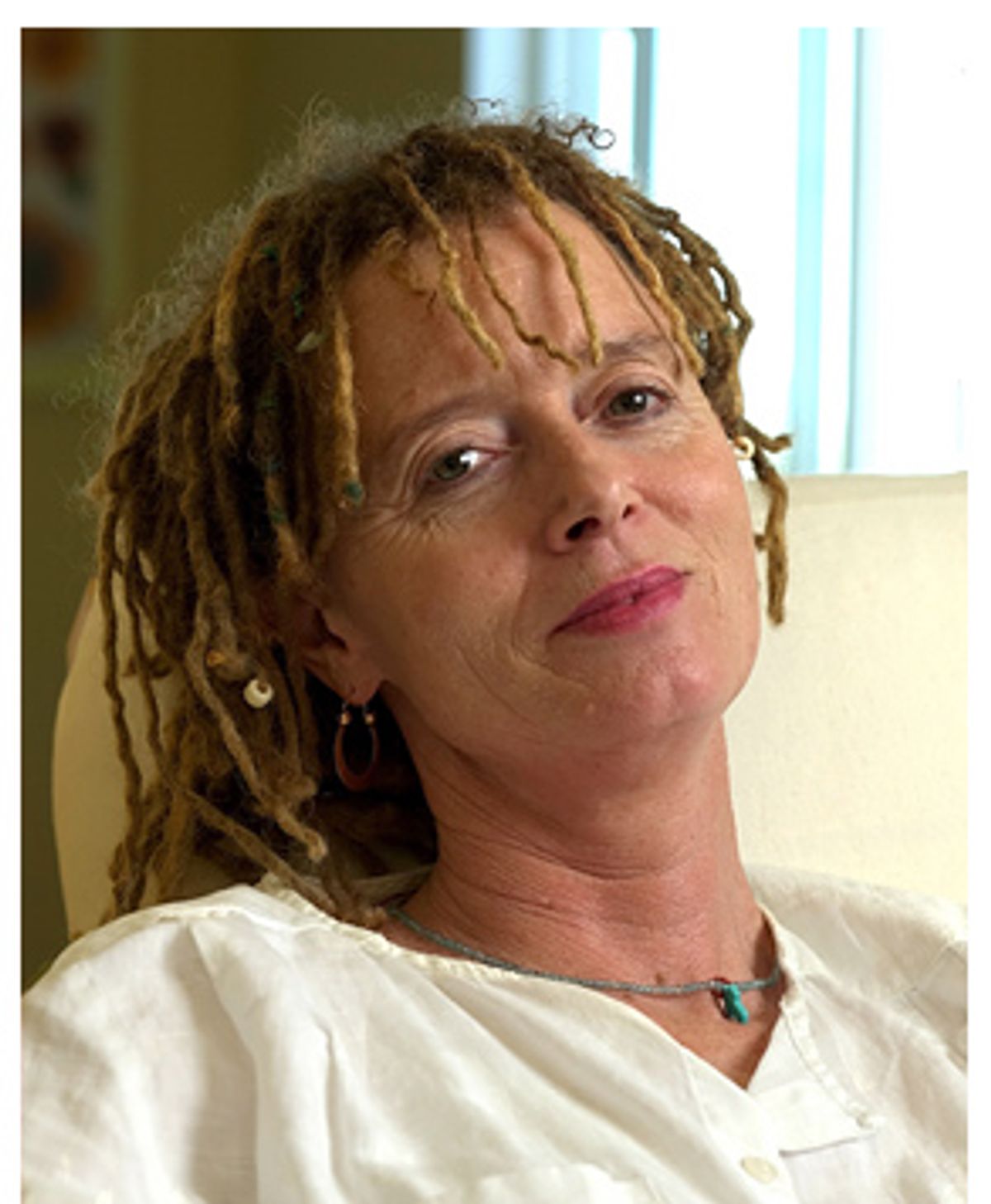 I have been on a book tour for a month, and as God is my witness, at every single reading I gave, someone asked how I can "reconcile my Christian faith with that of the radical right." I never quite answered this to my own satisfaction, but would like to try to do so now. And the answer is, "I don't. Why would you even bother?"

The truth is that many of us left-wing Christians with fragile nerves and bad attitudes are becoming ever so slightly tense about the distinct possibility that this country we love is becoming, under the Bush administration, a theocracy. Those of us with public lives are constantly asked, "Don't you think the radical right has appropriated God, and if so, what is your response to that?"

My answer to the first question is no. No one can appropriate God, goodness, the Bible or Jesus. It just seems that way. The people currently in charge of this country have so spiritualized their hysteria that their antics make for much better news coverage than the rest of us. Terri Schiavo ("Has America begun murdering its handicapped?" they thunder, and we say meekly, "Well, um, no"). "Lord of the Flies" rallies against gay marriage. Pro-life violence. And -- my personal favorite -- the frenzied opposition to stem cell research, based on the right's conviction that it is an atrocity to save actual human lives by creating new stem cell lines using frozen embryos slated to be thrown out after couples undergoing IVF conceive or give up.

What the right has "appropriated" has nothing to do with God as most of us believers experience God. Their pronouncements about God are based on the great palace lie that this is a Christian country, that they were chosen by God to be his ethical consultants, and that therefore they alone know God's will for us. The opposite of faith is not doubt: It is certainty. It is madness. You can tell you have created God in your own image when it turns out that he or she hates all the same people you do. The first holy truth in God 101 is that men and women of true faith have always had to accept the mystery of God's identity and love and ways. I hate that, but it's the truth.

I just think Bush and his people have gotten it so wrong.

My response to the second question is that we who believe that a benevolent intelligence animates our lives need to live by Jesus' command: to try to stop killing other human beings, just for today, and to act upon a total commitment to the poor, to the old and to the Earth. Watch, God said, and I don't think he meant cable news. I could be wrong. But what I think he meant was, "Watch for the warning signs of God's presence so you can remember what he said to do -- bring food to those who hunger, bring water to those who thirst, and help through love and showing up to turn despair into hope, swords into plowshares."

Following are five warning signs, symptomatic feelings that indicate that God is present in our hearts (and our national priorities).

2) A belief in the importance of separation of church and state. Right there in the First Testament's greatest hits is his admonition that we render unto Caesar what is Caesar's, and render unto God what is God's. (And speaking of the New Testament, I read it daily, and just cannot find the part where Jesus says that everyone should get out their guns, the part where he says that arming the angriest racists among us is an excellent idea, or the part where he discusses tax cuts.)

3) A core belief that all people are good, and precious to God, and that everyone deserves to be cared for. A majority of moderate American believers are doing the work that Jesus insisted we do -- the Jesus of, say, Dr. Martin Luther King Jr. instead of the Jesus of -- I'm not going to name names -- those committed to helping "the deserving poor," as long as the poor agree to take their Bible classes. When my son was in second grade, he wrote, "Dr. King said all people count the same, and all people deserve good." Seven years old, and he got it.

4) The desire to sacrifice. My pastor Veronica threw up her hands the other day at the pulpit, and asked, What would happen if the very rich sacrificed a very little -- which is all it would take -- to bail out Social Security for the rest of this great nation? And I wonder, along those same lines, what would happen if those who believe that God made us stewards of this beautiful, fragile, exquisite Earth became people of sacrifice who gave up huge SUVs and trucks and bought much, much smaller SUVs and trucks? What if liberals became people of sacrifice?

5) Deep feelings of generosity. When we're dealing with the people in our family -- no matter how annoying or gross they may be, no matter how self-inflicted their suffering may appear, no matter how afflicted they are with ignorance, prejudice or nose hairs -- we give from the deepest parts of ourselves. We make sure, at the very least, that they are housed, clothed, fed and invited to the dinner table. You can tell you are following Jesus, instead of following people who are following Jesus, when you truly get -- or grok, as the late, great Robert Heinlein put it -- that we are one family, brothers and sisters. We stand up for the very least in our family: the Republican uncle with his shotgun, the grandparent with Alzheimer's, the stoner cousin, the aunt with no savings. Do we stand up for the stock and bond traders? Of course we do, but not by handing Wall Street the rest of the family's Social Security money.

There's an old joke about a man who is being shown around heaven for the first time, by St. Peter, who walks around pointing out the various glories where people of all colors and ethnic persuasions live -- grassy hills, green meadows, still waters, symphony halls, silent spaces, steep hillsides for people who want to hike to the mountaintops or the ponds, and so on. Then they come upon a great walled fortress.

"What on earth is that?" asks the man. "Oh," says St. Peter. "That's where the fundamentalists live. It's not heaven for them if they think anyone else got in."

I say, let them have it. We've got people to feed, people who have run out of hope, and we have the Earth to save and a future to plant for our children. We are like the people in Jeremiah, in the First Testament, "people standing in the rubble of a once great community." A whole lot of us believers, of all different religions, are ready to turn back the tide of madness by walking together, in both the dark and the light -- in other words, through life -- registering voters as we go, and keeping the faith.