Republican Reps. Richard Pombo and John Peterson have put a poison pill in this year's energy bill -- an amendment that would eliminate the public review process for projects on public land. 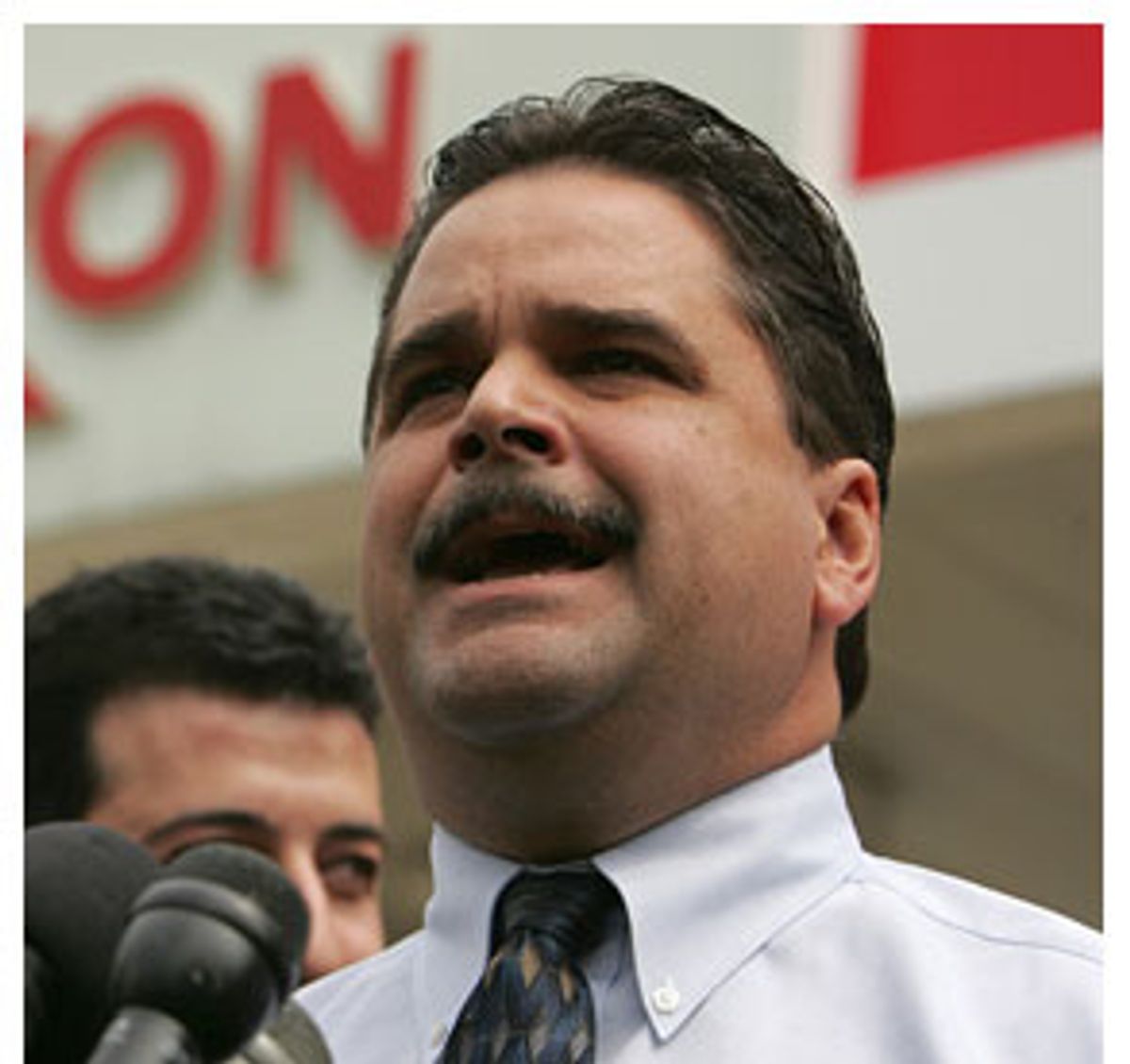 When the energy bill sailed through the House of Representatives late last month, the media reported that it was same old grotesquely corpulent package that the GOP leadership had previously tried -- and failed -- to pass through Congress four times in the last four years. This is true. But what flew under the radar were a few new provisions sneaked in at the 11th hour by Rep. Richard Pombo, R-Calif., chair of the House Resources Committee, which have made the bill even more environmentally threatening than previous versions, many Democrats and environmentalists say.

The environmental statute Pombo is targeting this time: the 1969 National Environmental Policy Act, long considered a cornerstone of U.S. environmental law. NEPA requires all major projects on federal land -- from logging to highway construction to energy exploration -- to be reviewed for their potential environmental impact, and it mandates a comment period during which the public can voice related concerns.

A Pombo-backed amendment sponsored by Rep. John Peterson, R-Penn., and added to the bill the day before markup would allow energy companies to skirt NEPA requirements in a number of situations, with the aim of speeding energy development on federal land.

Rep. Nick Rahall, D-W.Va., the ranking Democrat on the House Resources Committee, said it would grant the energy industry "carte blanche to conduct drilling and exploration activities on public lands without any kind of meaningful environmental review, and remove the legal grounds for scientists, communities, and local governments to intercede. It is an affront to the American people."

While it's thought unlikely that the amendment's provisions will make it into the Senate version of the bill (which is expected to be reintroduced as soon as this month) or survive a conference committee, their approval by the House is evidence that "the Magna Carta of environmental laws is under siege," Rahall said.

Past versions of the energy bill have also included controversial NEPA-related measures that have persisted in the current draft. One would allow the Department of Interior secretary to waive NEPA's requirements for many energy-development projects on Native American reservations. Another would have the federal government reimburse energy companies for the costs of conducting environmental impact analyses required under NEPA -- economic support that's hard to justify at a time when energy companies are posting record profits. This provision could potentially cost taxpayers tens or hundreds of millions of dollars, according to a longtime Department of Interior staffer who spoke on condition of anonymity.

This latest energy-bill go-round brings, in addition to the Peterson amendment, a new provision that would exempt non-fossil-fuel projects from a NEPA requirement that developers consider site alternatives and would significantly shorten the required public comment period. The aim is "to accelerate efforts to bring clean, renewable, emissions-free energy sources online," said Brian Kennedy, a majority spokesperson for the House Resources Committee. A worthy goal, to be sure, but critics say it gives inadequate attention to the potentially adverse environmental effects that even renewable-energy projects can have -- a wind-farm developer, for instance, would not be required to consider more-bird-friendly sites. An added concern is that the provision would enable big hydroelectric dams and solid-waste incinerators to be considered "renewable" sources eligible for expedited treatment.

Still, say environmental advocates, that's small potatoes compared to the sweeping rollbacks proposed in the Peterson amendment, which would excuse oil and gas activities from environmental impact statements in seven different circumstances. These include exemptions for any proposals to drill well pads less than five acres in size. Dave Alberswerth of the Wilderness Society described this as a "death by a thousand cuts" scenario. "Most drill pads are less than five acres," he said, "so a proposal for 80 wells over a 400-acre drilling project, say, could just be recast as 80 different five-acre projects, none of which would have to undergo environmental review."

Proposals to add on to an existing oil and gas field would also largely be exempt from NEPA under the Peterson amendment, even if the site has been reclaimed or environmental analyses conducted on the site in the past concluded that the ecosystem would tolerate only a certain threshold of disturbance.

Also, no environmental impact statements would be required for the disposal of water from oil-drilling activities and coal-bed methane mining, even though wastewater from these processes can be laden with toxins or have high salinity levels. And we're talking about a lot of H2O: "The water waste from the 50,000 wells planned for [Wyoming's] Powder River Basin region is enough to meet the water needs of Los Angeles for decades," said Natural Resources Defense Council attorney Johanna Wald. "If it's contaminated or high-salinity, it could result in extreme damage to the land."

Energy-company reps argue that such changes are needed because the industry faces onerous obstacles to production even as oil and gas prices are soaring and more supply is needed. While supply and pricing concerns are timely and legitimate, Wald doesn't buy this argument: "The Bureau of Land Management has for years been moving heaven and earth to turn public lands over to energy industry" -- so much so that the number of drilling permits issued far exceeds the number of machines available to conduct drilling and exploration activities. "In 2004, 6,130 drilling permits were issued, but only 2,702 [were] drilled due in part to a shortage of rigs," said Wald.

All in all, said Albersworth, this latest energy bill represents "a sweeping and totally unjustifiable assault on NEPA." The DOI employee agreed: "In my entire 30 years in government, I've never seen anything quite like this. It's outrageous."

Peterson's office, on the other hand, calls the changes contained in his amendment "subtle modifications." His spokesperson, Paul Feenstra, described them to Muckraker as "minor adjustments that wouldn't result in any undue environmental damage, but would prevent the [energy-development] process from being held up for months or even years" in red tape. When pressed to address the potential environmental ramifications of these exemptions, Feenstra said, "It's not something we've received complaints about. It's just a common-sense provision."

Interestingly, word is that this provision may not have been written by either Peterson or his staff. According to a minority staffer at the House Resources Committee who spoke on condition of anonymity, "Pombo's people wrote that amendment -- they just got Peterson to agree to endorse it because [Pombo] doesn't want it to look like he's waging the attack on NEPA all by himself."

The other front in that so-called attack is a new Pombo-instigated Task Force on Improving the National Environmental Policy Act, which will be holding hearings in Western states over the next six months to get input from local communities and government officials. The intention, as Feenstra explained it, is to help "create an open discussion on how we can make this law more user-friendly and eco-friendly at the same time." Alberswerth, predictably, was more skeptical, characterizing the task force as a "dog and pony show."

The kickoff hearing took place on April 23 in Spokane, Wash. According to Sharon Buccino, a senior attorney for the National Resources Defense Council who attended, it yielded a productive conversation. "People really spoke up about the value of NEPA," she said. "I imagine it didn't go the way [Pombo] intended it to."