Why keeping U.S. women prisoners in shackles during labor and delivery is the real crime against society. 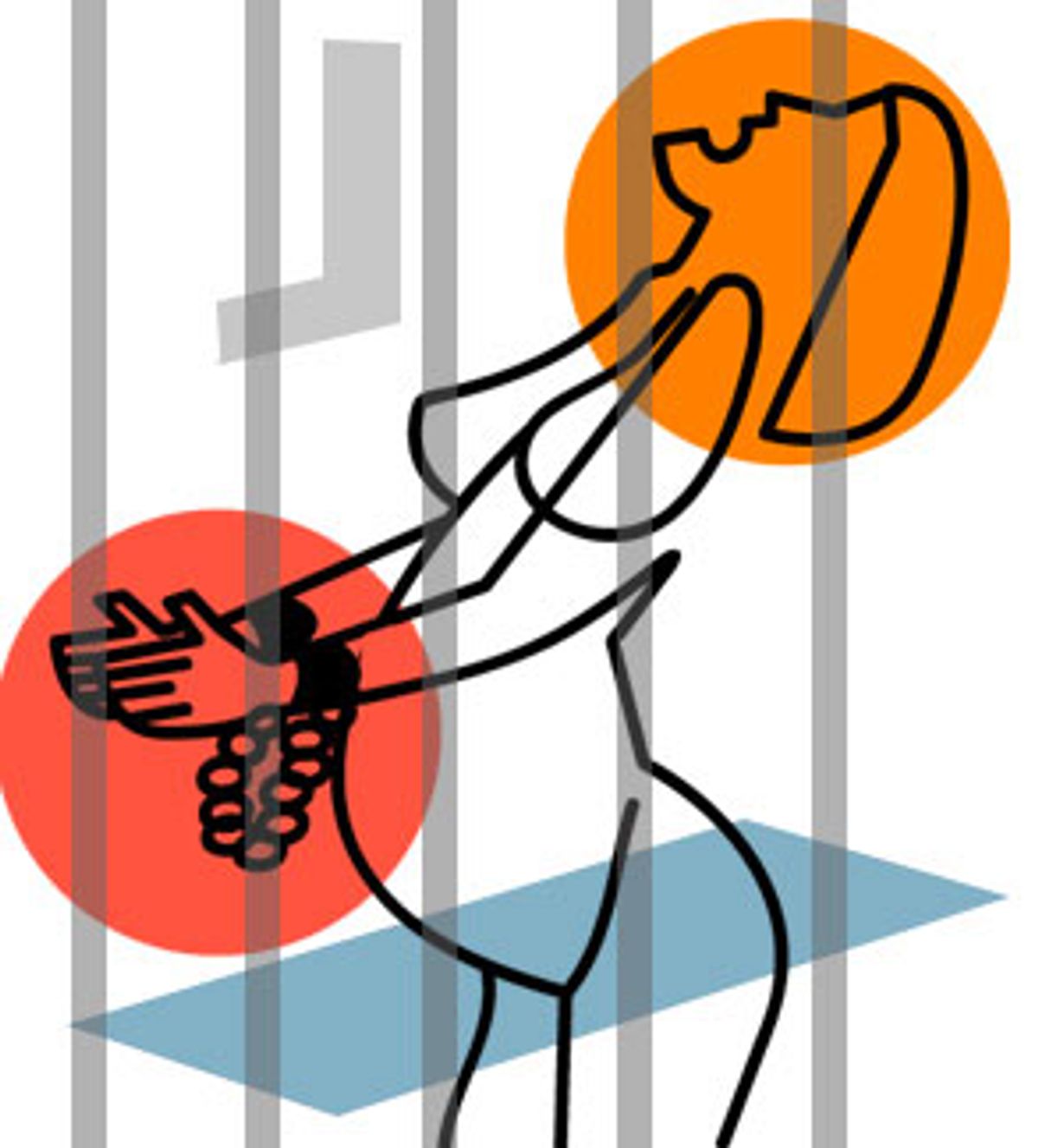 Anna (not her real name), a prisoner at Valley State Prison for Women in Chowchilla, Calif., spent the last two weeks of her pregnancy in preterm labor, shackled to a hospital bed. If she needed to use the bathroom, or even turn over, she had to beg permission of the officer on duty. Given these strict security arrangements, you might assume that Anna was a terrorist, a murderer, some kind of hardened criminal at risk for escape. No. Anna is a minimum-security prisoner currently serving an approximately 18-month sentence for drug possession and probation violation, and according to Karen Shain, administrative director of Legal Services for Prisoners With Children, the treatment she received was routine. Whether they are violent offenders or not -- and approximately 66 percent of incarcerated women in the United States are not -- pregnant prisoners are subject to the same dehumanizing treatment.

On May 16, the California state Assembly passed A.B. 478 (49 to 26 with 5 abstentions), and sent it on to the state Senate. The bill provides that, unless necessary, prisoners "shall not be shackled by the wrists, ankles, or both during labor, including during transport to the hospital, during delivery, and while in recovery after giving birth." It's hard to believe that this doesn't go without saying. But according to Robin Levi, human rights director at Justice Now, a women prisoner's rights organization, California and at least 20 other states permit the chaining of laboring women to hospital beds, even when their attending physicians would prefer that they get up and walk around, or just shift from side to side. She also told me that women who return to prison from the hospital days after having Caesarean sections are routinely denied pain medication and even antibiotics.

Another part of A.B. 478 requires that pregnant women receive "necessary nutrition and vitamins, information and education, and regular dental cleanings." The necessity of supplying prenatal vitamins is obvious, although the fact that it needs to be legislated is troubling. According to a study by the University of Alabama, gum disease can cause both premature birth and low birth weight, preventable by a simple teeth cleaning during the second trimester. Still, providing teeth cleanings to prisoners might strike some as unnecessary. After all, only 35.2 percent of Americans have dental insurance; why should a prisoner receive what someone who hasn't committed a crime does not? Because by incarcerating these mothers, and making it impossible for them to seek medical care outside the prison system, we have assumed responsibility for their infants. We owe them this minimal standard of care.

But what we actually do is far short of that. Take Judith (also not her real name), another Valley State prisoner, incarcerated on a probation violation for saying "Fuck you" to a case worker in a drug treatment program. Desperate to get into California's Community Prisoner Mother Program, where children can stay with their mothers for up to six years in a residential facility, she was informed that she would first have to have an oral exam to prove that she had no dental problems, not even a cavity. (Karen Shain believes this requirement exists as a filtering mechanism more than anything else because there are so many women who qualify for the program.) In a cruel paradox, dental care is not provided to applicants to the program, other than extractions. No fillings, no cleanings. Nothing. Judith had myriad dental problems. According to Shain, in order to be with her baby she had to have 15 teeth removed. She had no other choice.

It is hard to figure out the philosophy, either articulated or presumed, behind treating women and their babies this way. As much as prison maternity policy can sometimes feel like an especially cruel and institutionalized form of child abuse, I doubt the individuals running the prisons of this country are consciously trying to harm the infants born to prisoners. Cristina Rathbone, an investigative journalist whose book "A World Apart: Women, Prison, and Life Behind Bars" follows the lives of four prisoners at MCI-Framingham, a Massachusetts women's prison, attributes the treatment of women in prison to a kind of unconscious cruelty. Because women are a minority in prisons, they suffer the rules that have been invented for violent men. California Department of Correction policies simply state that all inmates must be shackled when being transported to and from the hospital and while in their hospital beds. No exceptions have ever been made, not even for terminally ill or comatose prisoners, so none are made for pregnant and laboring prisoners. Until Assembly member Sally Lieber, the author and sponsor of the bill, took an interest, it simply never occurred to anyone in a position of authority that there was anything wrong with that.

Lieber's consciousness about the issue was raised when she visited Valley State, met pregnant women prisoners, and saw that their families had to bring them bags of food to supplement their inadequate diets. Lieber says that if other legislators talked to these women and saw the conditions they lived in, they would vote for the bill. Instead of viewing corrections as an opportunity to prove how tough they are, they might realize that, as Lieber says, "there is no excuse for the state of California to have starving, shackled pregnant women behind bars."

It does seem that the way we treat all prisoners, especially women, speaks of something more than mere indifference. There seems to be a kind of retributive force at work that compelled 26 Republicans to oppose this bill. The bill asks no more, after all, than that pregnant women be treated with a modicum of decency, and that the state take a nearly token interest in the well-being of their babies. Republican opposition was, ostensibly, on fiscal grounds. This despite the fact that the Assembly appropriations analysis reported that the costs associated with the bill are "minor" and "absorbable," less than $50,000 a year. Pending the passage of A.B. 478, a pregnant woman in a California prison is entitled to no more nutritional supplementation than one extra carton of milk per day. The new bill seeks to give her a daily prenatal vitamin, slightly more balanced meals, and a single teeth cleaning during her pregnancy. And yet even Republican Assembly member Bill Emmerson, an orthodontist, begrudged pregnant prisoners and their babies this low-cost protection, voting against it in committee. (Assembly member Emmerson refused to comment for this article.)

Why are the architects of the family-values agenda so eager to punish into the next generation? What is being served by seeking, quite literally, a tooth for a tooth?

Now the California Senate must vote on its version of Bill 478, and then it is up to Gov. Arnold Schwarzenegger to decide whether to sign the bill or to veto it. Until this happens, women prisoners in the state of California, like others throughout the country, will labor in shackles, will be fed substandard diets while pregnant, and will be denied pain medications and antibiotics after delivery, even if they have C-sections. And their babies will suffer as a result.

It's possible that the very fact of their mothers' criminal conduct might make some people lose interest in the suffering of these children. However, in her book, Cristina Rathbone gives everyone, even a Republican Assembly member, a reason to care. Denise, one of the incarcerated mothers at MCI-Framingham whose life Rathbone followed, was convicted of a nonviolent drug offense. Denise's son was 9 years old when she was arrested. By the time she was released, he had spent five years shuttling between foster homes and his abusive father, and was, finally, in prison himself. When we visit the sins of the parents upon the children, we reap what we sow.