A series of climate-change proposals will go before the Senate next month, but some are greener than others. 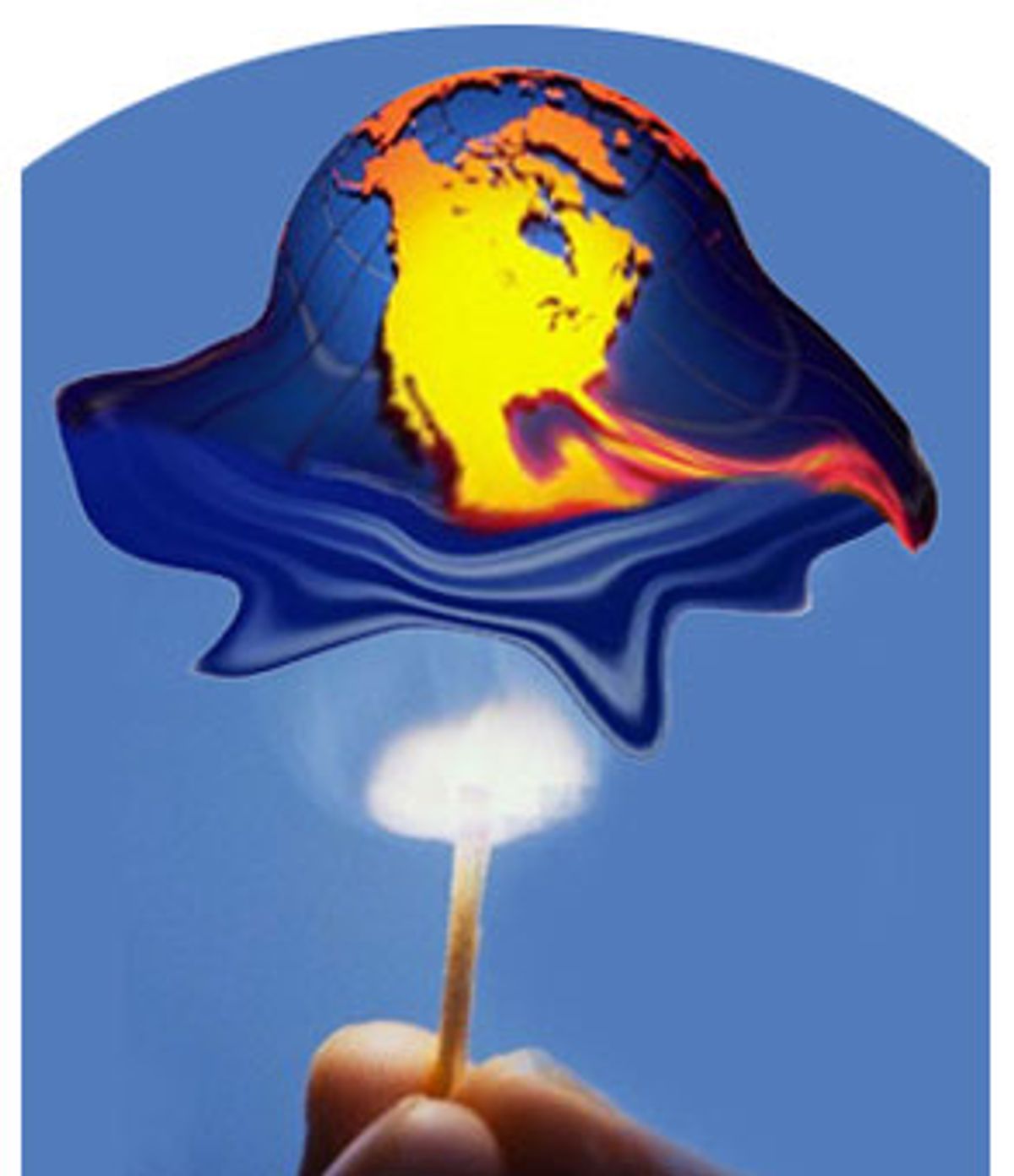 The climate-change debate is beginning to move forward inside the Beltway -- at a glacial pace relative to the rest of the industrialized world, of course, but these days even glaciers are moving at a discernible clip.

As the energy bill goes through the markup process in the Senate and security hawks and enviros turn up the heat on the climate issue, four senators are hatching plans to offer climate-change initiatives as amendments to the bill, which is tentatively scheduled to go to the Senate floor in late June.

First, there's a new version of the enviro-backed McCain-Lieberman Climate Stewardship Act, which proposes a mandatory cap on carbon-dioxide emissions but allows companies that don't meet the targets to buy pollution credits from those that exceed them. After a closer-than-expected defeat 19 months ago, Sens. John McCain, R-Ariz., and Joe Lieberman, D-Conn., reintroduced the act in February, but it is now being recast as an energy-bill amendment that they are expected to file today. This new strategy is at least in part an end run around climate skeptic James Inhofe, R-Okla., who has refused to usher the bill through the Environment and Public Works Committee, which he chairs.

Then there's expected to be a more GOP-friendly proposal from Sen. Chuck Hagel, R-Neb., that would echo his recently introduced bills -- imposing no caps but earmarking hundreds of millions for corporate incentives to spur the domestic development of clean-energy technologies.

Somewhere in between the two is a watered-down cap-and-trade scheme that Sen. Jeff Bingaman, D-N.M., ranking member of the Energy Committee, is devising in cahoots with the National Commission on Energy Policy, a coalition of representatives from industry, labor and the environmental community. It would require companies to begin slowing the growth of their greenhouse-gas emissions, but wouldn't reverse the upward-climbing emissions trend until 2030.

In general, D.C. enviro activists are heartened by this flutter of activity. "We've never seen three different sets of senators vying to introduce climate amendments before," said Dan Lashof, science director for the Natural Resources Defense Council's Climate Center. "This does represent a shift in debate in the Senate, where we have reached very broad agreement, despite a few holdouts, that this is a scientific reality that needs to be addressed by government."

Paradoxically, the sense of urgency around getting a climate-related measure passed seems to have set off a round of preemptive compromising and vote hunting that may hamstring any final product.

As Energy Daily and then the New York Times reported earlier this month, McCain and Lieberman are attaching new provisions to their legislation. In an effort to attract additional Senate supporters, those would offer a raft of incentives for the nuclear-power industry.

Many in the environmental community aren't pleased, but the biggest point of contention for some is not that the new language pinpoints nuclear as one potential solution to global warming. "Of course, the nuclear issue is a very problematic one in the green community," said Kevin Curtis, vice president of government affairs at the National Environmental Trust. "But what's really troubling to me is the politics: We're not aware of one additional vote in the Senate that this provision could feasibly pick up. It's shifting the focus to industry handouts and away from the real solution -- a strong market-based program."

Of even greater concern to greens is that the framework that Bingaman is proposing could strip votes away from the stronger McCain-Lieberman initiative. Rather than establish a fixed cap on greenhouse-gas emissions, the National Commission on Energy Policy proposal would cap the price at which emissions credits could be traded at $7 per metric ton. The price cap would function as a "safety valve" to curb the economic impact of the proposal, say backers, and it would provide certainty for companies so that they could predict the cost of their carbon-emission reductions.

Critics of the NCEP plan argue, first, that without a fixed emissions cap it wouldn't go far enough to control greenhouse gases, and, second, that it would discourage innovation: Far fewer companies would make the front-end investments in clean technologies -- investments with long-term payoff -- if it's cheaper in the short term to just pay $7 per ton of emissions. "This trading scheme is watered down to the point where it is basically ineffectual in getting us on the path," said Lashof. "If the Hagel provision is a fig leaf for the climate problem, this is basically a banana leaf."

Still, the Bingaman amendment would make the path-breaking achievement of connecting a financial penalty -- however slight -- to carbon emissions. And that may account for its apparent failure to mobilize any new Republican votes. "The appeal of the NCEP initiative was that it would draw Republican sponsors, but so far they've only managed to get a moderate Democrat to sign on to it," said Curtis. "My concern is that it can be portrayed as a carbon tax -- anathema to the GOP." And it could siphon moderate Democratic swing votes away from McCain-Lieberman, he said.

Indeed, Bingaman has consistently voted in favor of McCain-Lieberman, so his initiative could send the message that Democrats are willing to settle. But according to Bledsoe, it's far from settling: "Our view is that the more important thing is timing -- to attach a price to carbon emissions as soon as possible," rather than advocate a proposal that would presumably take years to get enough support for passage.

But realistically, even if Bingaman's proposal or the McCain-Lieberman amendment got 50 votes in the Senate -- which at this point analysts say is unlikely, more so for McCain-Lieberman -- neither would stand much chance of winning House approval in conference committee. And given the fact that the House blocked a 2003 provision that encouraged voluntary efforts to address climate change, even Hagel's fig leaf would be at risk of getting stripped out in conference -- in which case the U.S. government would remain stark naked in its failure to address climate change.