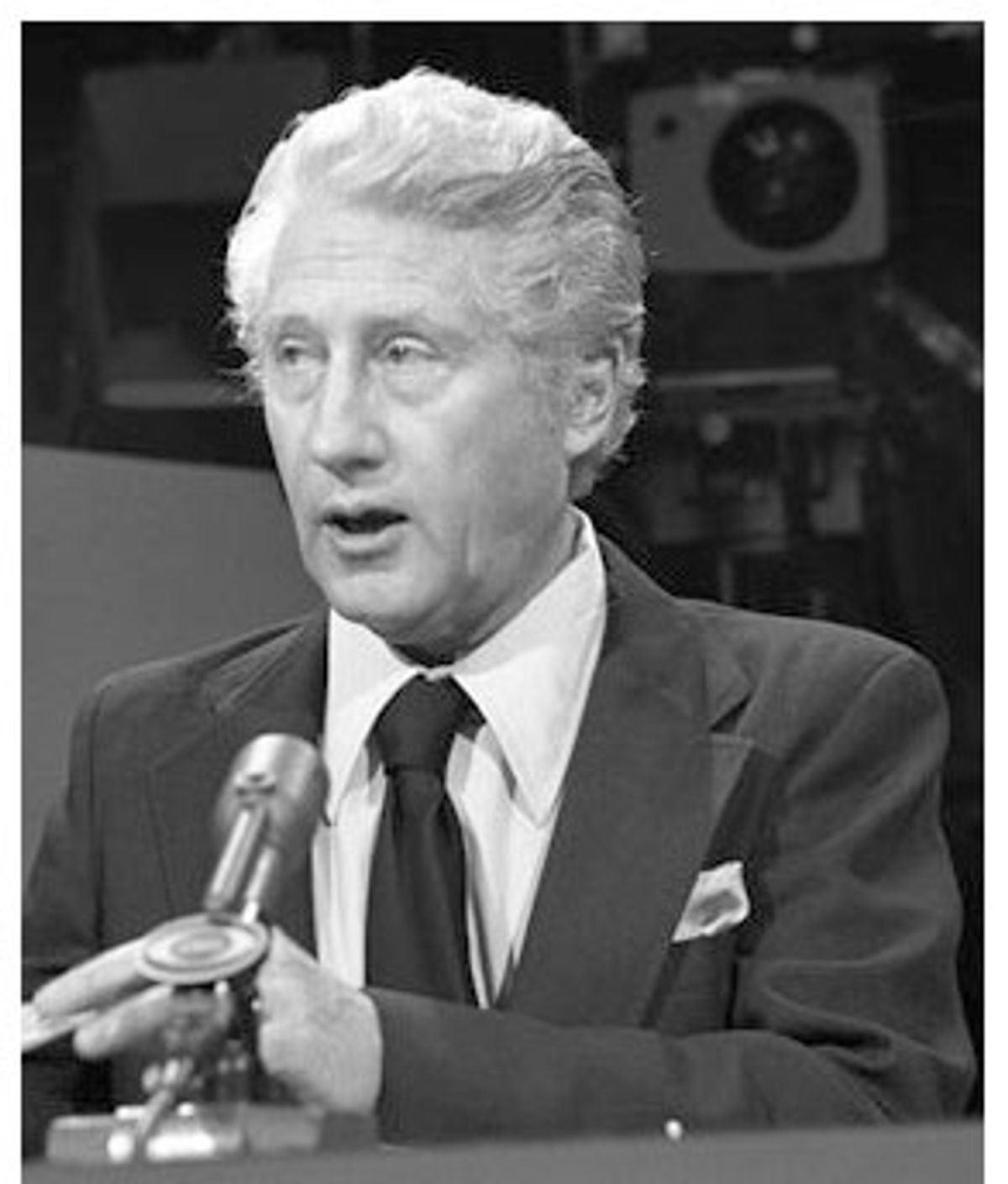 The Washington Post said Tuesday that a former FBI official, W. Mark Felt, was the confidential source known as "Deep Throat" who provided the newspaper information that led to President Nixon's impeachment investigation and eventual resignation.

The paper made its announcement on its Web site after Felt, 91 and living in California, talked to a lawyer who wrote a magazine article for Vanity Fair.

"The No. 2 guy from the FBI, that was a pretty good source," said Ben Bradlee, who had been the key editor at the Post in the Watergate era.

"I knew the paper was on the right track" in its investigative stories, Bradlee said, citing the "quality of the source."

Felt, the second-in-command at the FBI in the early 1970s, kept his secret even from his family for almost three decades before confiding he was Post reporter Bob Woodward's source on the Watergate scandal, according to a Vanity Fair article published Tuesday.

"I'm the guy they used to call Deep Throat," he was quoted as telling lawyer John D. O'Connor, author of the magazine article.

Felt, who lives in Santa Rosa, is said to be in poor mental and physical health because of a stroke. His family did not immediately make him available for comment, asking the news media to respect his privacy "in view of his age and health."

Woodward, fellow reporter Carl Bernstein, and Bradlee, their former boss at the Post, had long maintained they would never go public with the identity of Deep Throat until after his death.

"The family believes that my grandfather, Mark Felt Sr., is a great American hero who went well above and beyond the call of duty at much risk to himself to save his country from a horrible injustice," a family statement read by grandson Nick Jones said. "We all sincerely hope the country will see him this way as well."

The existence of Deep Throat, nicknamed for an X-rated movie of the early 1970s, was revealed in Woodward and Bernstein's best-selling book "All the President's Men."

A hit movie starring Robert Redford as Woodward, Dustin Hoffman as Bernstein and Hal Holbrook as Deep Throat was made in 1976. In the film, Holbrook's shadowy, cigarette-smoking character would meet Redford in dark parking garages and provide clues about the scandal.

The movie portrayed the cloak-and-dagger methods that Woodward and Deep Throat were said to have employed. When Woodward wanted a meeting, he would position an empty flowerpot containing a red flag on his apartment balcony. When Deep Throat wanted to meet, the hands of a clock would appear written inside Woodward's New York Times.

Felt himself was mentioned several times over the years as a candidate for Deep Throat, but he regularly denied that he was the source.

"I would have done better," Felt told The Hartford Courant in 1999. "I would have been more effective. Deep Throat didn't exactly bring the White House crashing down, did he?"

Felt had expressed reservations in the past about revealing his identity, and about whether his actions were appropriate for an FBI man, his grandson said.

According to the article, Felt once told his son, Mark Jr., that he did not believe being Deep Throat "was anything to be proud of. ... You (should) not leak information to anyone."

His family members thought otherwise, and persuaded him to talk about his role in the Watergate scandal, saying he deserves to receive accolades before his death. His daughter, Joan, argued that he could "make enough money to pay some bills, like the debt I've run up for the children's education."

"As he recently told my mother, 'I guess people used to think Deep Throat was a criminal, but now they think he's a hero'," Jones said.

Woodward, who had visited with Felt as recently as 1999, refused to confirm or deny, even to the man's family, that Felt was his source, and wondered whether Felt was mentally competent to decide whether to go public after all these years, the magazine reported.

Woodward and Bernstein were the first reporters to link the Nixon White House and the June 1972 break-in at the Democratic National Headquarters in Washington's Watergate complex.

Nixon, facing almost-certain impeachment for helping to cover up the break-in, resigned in August 1974. Forty government officials and members of Nixon's re-election committee were convicted on felony charges.

In 2003, Woodward and Bernstein reached an agreement to keep their Watergate papers at the University of Texas at Austin. At the time, the pair said documents naming Deep Throat would be kept secure at an undisclosed location in Washington until the source's death.

Felt was convicted in the 1970s for authorizing illegal break-ins at homes of people associated with the radical Weather Underground. He was pardoned by President Reagan in 1981.