This fictional version of the skateboard doc "Dogtown and Z-Boys" gets rolling despite the messages that bog it down -- and it has a few gnarly tricks up its sleeve, too. 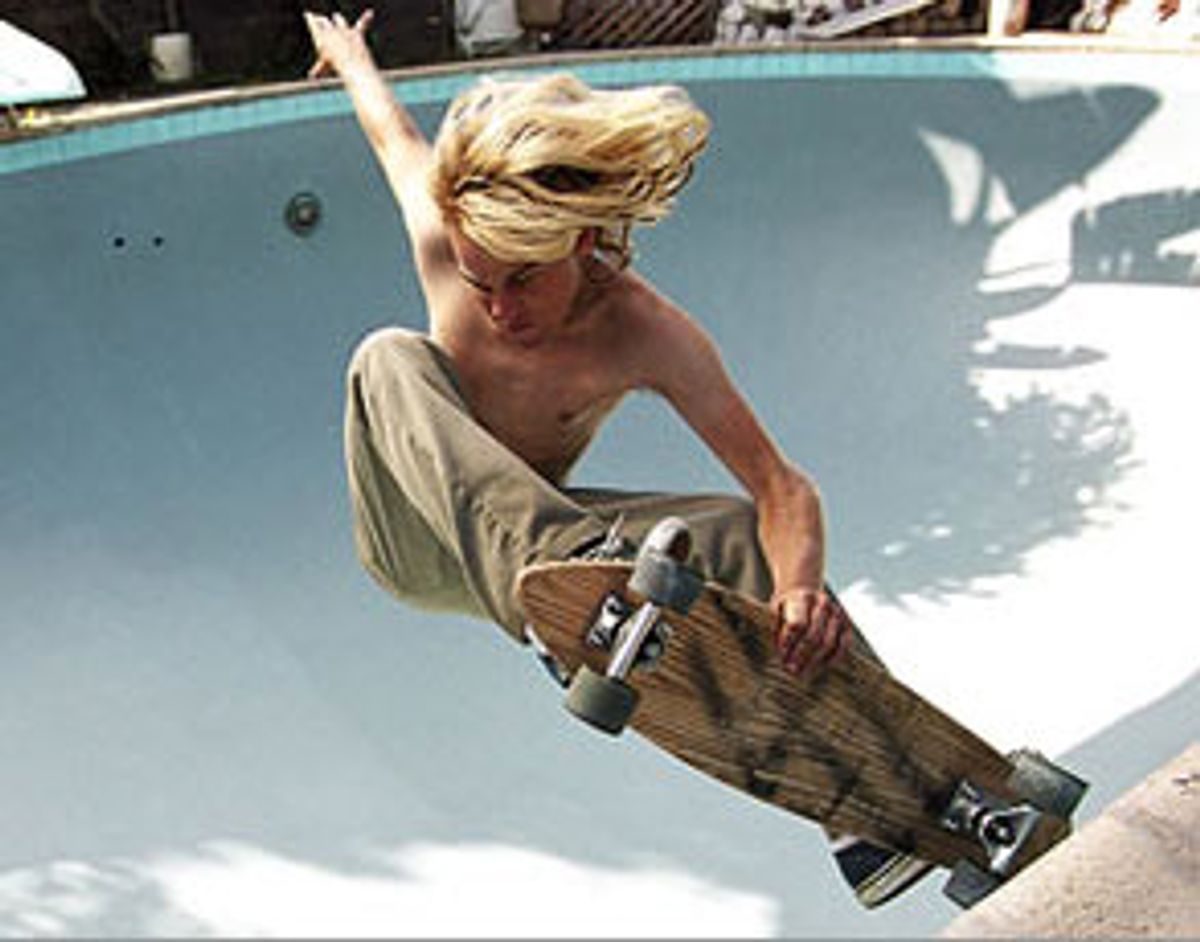 In 2001 Stacy Peralta made a documentary about a group of brash, punky Southern California kids -- he'd been one of them -- who revolutionized skateboarding in the mid-'70s, inventing a whole new style in a sport that had become moribund. "Dogtown and Z-Boys" is a pleasurable, exuberant documentary about this team of skaters, many of them from broken families, who turned their love of surfing into the ultimate display of speed, grace and fluidity on wheels. Several of them, most notably Peralta and Tony Alva, ultimately became rock stars of sorts.

"Lords of Dogtown" is a fictionalized version of that story, written by Peralta and directed by Catherine Hardwicke (who gave us the contrived exploitation shocker "Thirteen.") The story of the Zephyr skateboard team -- or the Z-Boys, as they came to be called -- is compelling, partly because it's a classically satisfying rags-to-riches story (with some bittersweet tragedy as well) and partly because these kids are just so damn likable: They're fearless, goofy rapscallions with the agility and bravado of trained dancers.

Unfortunately, Hardwicke can't resist turning their story into a social tract: There's no doubt some of these kids had it very tough, but instead of choosing a few powerful, understated images to drive the point home, Hardwicke is like a sociology student run amok with a highlighter. Rebecca De Mornay plays the single mom of one of the Dogtown kids. She's an aging beach bunny with a weary face, and just looking at her, you can see how difficult it is for her to keep her family together. But Hardwicke stresses the point over and over again, showing De Mornay putting together lamps on a factory assembly line or partying with some disreputable-looking local druggies. Hardwicke can't just revel in the Dogtown boys' gleeful disreputability and energy -- she has to justify their story as an old-fashioned cautionary tale about the ills and injustices of society.

But there are times when even a director's worst impulses aren't enough to sink a movie, and somehow "Lords of Dogtown" stays afloat, largely because many of its actors transcend Hardwicke's heavy-handed storytelling. Victor Rasuk ("Raising Victor Vargas") plays Tony Alva, the showy champ with a giant personality; Emile Hirsch plays Jay Adams, the reckless clown who's the most naturally gifted of all the Z-Boys but who has the hardest time holding his life together; and John Robinson ("Elephant") plays the young Peralta, a sweet kid with a face so guileless that it sometimes appears somewhat blank. (This character seems to be intentionally underwritten, perhaps because Peralta realizes no writer can ever portray himself with complete accuracy, or perhaps because he wanted to make sure that his own character didn't become the center of the story. Either way, both the conception and the performance work.)

You can't help being drawn to these kids, and you can't help marveling at what they can do. The Z-Boys took advantage of the Southern California water shortages of the mid-'70s by sneaking into yards in rich neighborhoods and using the smooth, curving contours of empty swimming pools as skate ramps. These sequences are among the most exhilarating in the movie (the cinematographer here is Elliot Davis): The kids dip and swirl against these magnificent matte-blue surfaces, like empty bowls of sky. It's a simple, effective metaphor, showing us how for them, skating equals freedom.

"Lords of Dogtown" offers numerous other small pleasures, many of them caught on the fly: There's the way the Z-Boys' sidekick, a mediocre skater named Sid (played with great charm by Michael Angarano), is rendered almost speechless when he's faced with his first set of breasts, magnificent ones at that. (The word that escapes his lips is the totally appropriate "Gnarly!") Heath Ledger plays Skip Engblom, the boys' surfer-dude den parent -- he's like a dissolute So Cal Richard Harris.

And in one of the finest sequences in the movie, the boys get their first look at skateboarding's greatest innovation: urethane skateboard wheels, which grip pavement and give a skateboarder greater speed and agility than traditional clay ones. The boys examine the wheels, which glow reddish-amber like jewels from a pirate's booty; then they rush to put them on their boards and try them out.

The delight they take in these new accouterments makes for some joyous visuals as they zigzag and swerve and try out aerial moves that they wouldn't have attempted before. In a shot similar to one we saw in "Dogtown and Z-Boys," the camera gets low to the ground, showing us glints of red sun through the translucent wheels. It's an image worth recycling, if only because it cuts to the essence of what Dogtown skating was all about: speed, grace and fun in the sun, with not a wave in sight. Even concrete can be paradise.