"Cast of Shadows" by Kevin Guilfoile

A father uses cloning technology and a video game to track down the man who killed and raped his daughter in this near-futuristic thriller. 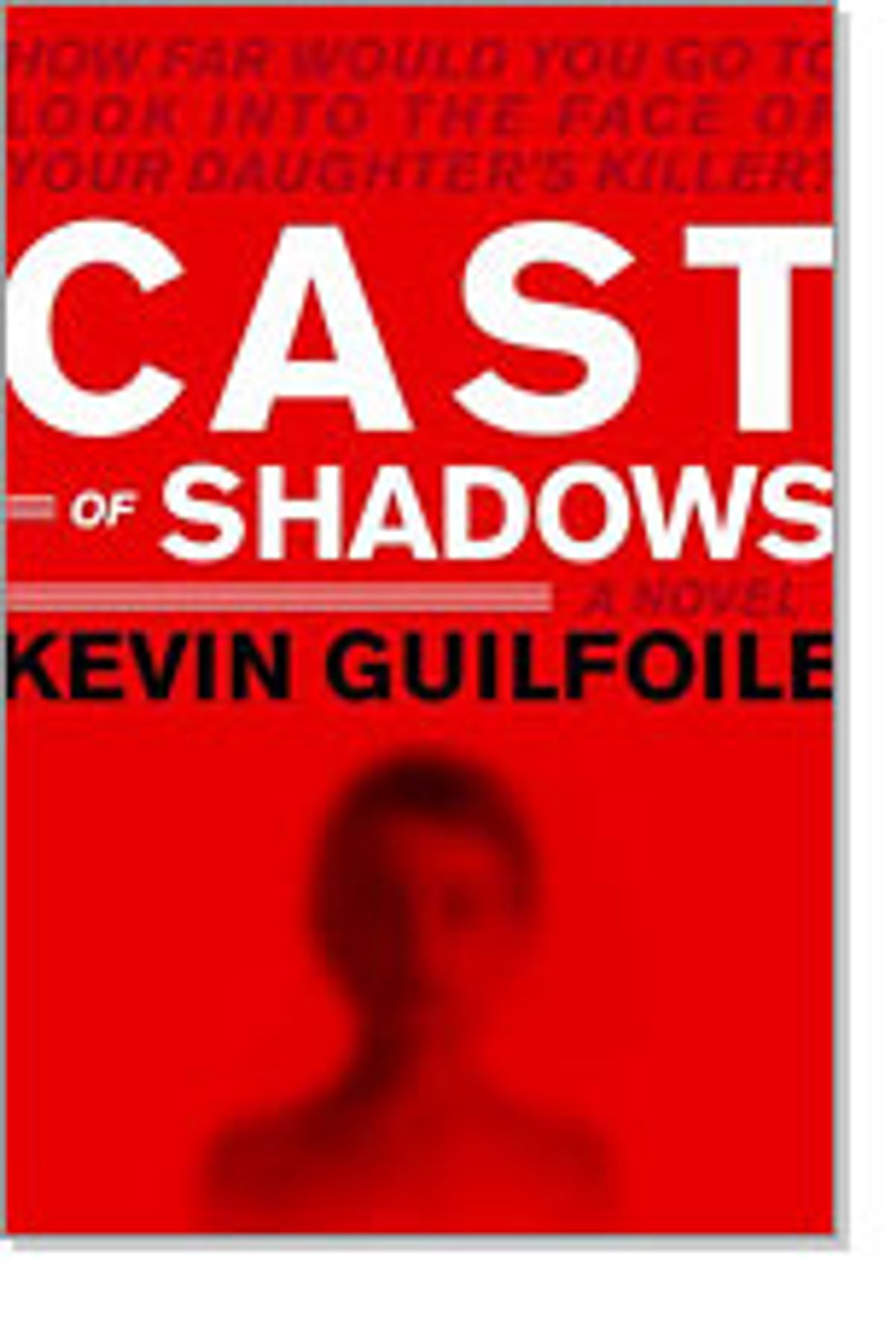 The average modern thriller relies on a rigged moral calculus. The hero usually feels tormented about the terrible things he's done (say, killed a man in cold blood), but, for fear of losing the reader's sympathy, the author always makes sure those things remain perfectly understandable (say, the man killed the hero's wife). So by having his main character do something unforgivable at the beginning of "Cast of Shadows," Kevin Guilfoile shows more courage than his colleagues from the very start.

Davis Moore runs a Chicago fertility clinic specializing in cloning (the novel is set in the near future) for couples who want a regular pregnancy but can't, for genetic reasons, use their own zygotes. OK, this improbable premise is the book's chief weakness, but if you cut Guilfoile this bit of slack at the outset, everything else makes sense. Davis' practice attracts the undesirable attention of a fundamentalist terrorist of the Eric Rudolph variety, but Davis even manages to take being sniped at in stride. What nearly destroys him and his marriage is the rape and murder of his teenage daughter, Anna Kat (AK), after-hours in the Gap where she works.

Disgusted by the police's inability to catch the killer, especially when he finds a misplaced vial of DNA evidence among AK's personal effects after they're returned to him, Davis decides to clone the perp in order to discover what he looks like. A hotshot businessman and his trophy bride wind up with this nasty little surprise package, and Davis' 15-year-long investigation begins.

"Cast of Shadows" is a masterpiece of intelligent plotting, in which almost everything the characters do is perfectly reasonable (given their unreasonable situation), but all of it pushes them inevitably toward disaster. No one is preternaturally smart, daring or tough -- with the possible exception of the cloned child, Justin, whose ultimate fate will both prove and disprove the power of heredity. In fact, only the reader ever learns the whole story and the terrible ironies it contains.

In order to track Justin's growth and collect photos of his maturing face, Davis must hire a private investigator to spy on the kid, with the unforeseen complication that she becomes friends with both mother and child. Davis conceals his quest from his wife, who interprets his preoccupation as an indication of an affair. She hires her own P.I., and the information he uncovers lead to further mistaken conclusions, leading to further ill-advised actions, and so on.

Ultimately, the mystery of AK's death gets untangled with the aid of Shadow World, a strange and immensely popular multiuser computer game that meticulously reproduces the city of Chicago -- another kind of clone. It proves to be the perfect experimental medium in which to track down the maniac who's been killing Chicago's women both virtually and actually. Or is it?

For those who choose to think about it, "Cast of Shadows" offers a cautionary message about the dangers of certainty, whether we derive it from technology or from religion. With the exception of Justin, few of the characters are notably complex or interesting, but perhaps it's just as well that Guilfoile has such average people hacking their way through his conundrums. Their bafflement is one that we, too, share in this rare thriller that dares to make telling the difference between right and wrong, fate and choice, as difficult as it is in real life.