"In the Shadow of the Law" by Kermit Roosevelt

A terrifically idiosyncratic and colorful bunch of characters make this K Street thriller about corporate law a standout. 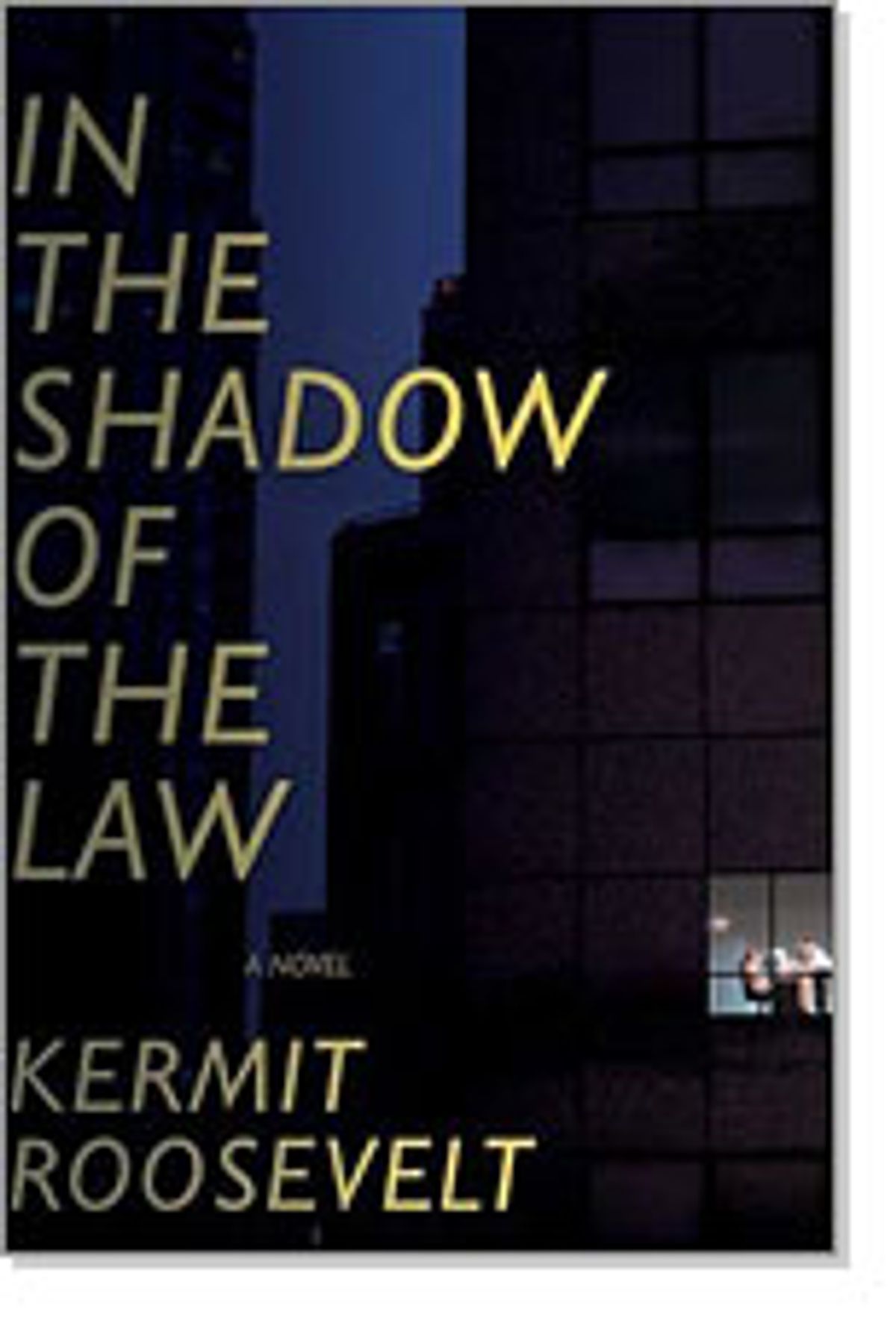 The paradox of legal thrillers is that they rely on the intrigue and drama of the law, yet they always seem to be written by people who are desperate to get out of the profession. Granted, most lawyers fall into that group, whether or not they write thrillers, but it does make for a weirdly conflicted genre.

Kermit Roosevelt's "In the Shadow of the Law" embraces this ambivalence. The book's characters work in one of the profession's least exciting and heroic (if most remunerative) sectors: corporate law, on Washington's K Street, no less. They are not, for the most part, on the side of the angels, and some of them are downright nasty. You can learn a lot from Roosevelt about how corporations protect themselves from the consequences of their deeds (and misdeeds), and about the ways the legal whizzes who help them justify their own complicity. None of this is pretty, but you have to admire the sheer, diabolical ingenuity of it.

Two cases thread through the novel: a pro bono death penalty appeal dumped on Mark Clayton, the least promising of the crop of young associates at the center of the story, and a class action suit against a chemical company whose plant explodes in the book's first pages. The mysteries in each case unfold in clever ways, but the real fizz and pop in "In the Shadow of the Law" comes from the characters, a surprisingly vivid and idiosyncratic bunch (especially by thriller standards, which I do believe nearly disqualifies this book from the category). Roosevelt sketches them with such shrewd, witty aplomb that you feel impatient to get back to them whenever he turns to the plot.

In addition to the decent, yet hapless Mark, there's the chronically horny Ryan Grady, who scans the downtown streets, asking himself, "How much would I have to make to get that woman to go out with me?" Ryan's libido plays a key role in one of the book's cases, but only accidentally. By the time he makes an unwitting discovery while trying to glimpse a female colleague changing clothes, he's already realized that the glory days of college hookups are over and, appalled to learn that he's not allowed to date the firm's paralegals, he hits the books -- men's magazines, that is, studying them for tips on bedding women. "Fortunately," he tells himself, "as with calculus, smarter people had managed to come up with formulas to eliminate the unnecessary effort."

Like all the associates, Ryan is being milked by the firm for the maximum number of billable hours. ("It wasn't even flattering," Ryan thinks about the firm's partners, in a lovely bit of tossed-off irony, "the way they'd stop him to offer assignments. He knew they didn't see him as a person. Just a producer of billable hours, one of many, interchangeable objects of undifferentiated desire. Some kinds of attention, he was learning, were worse than being ignored.") Leading them all is senior partner Peter Morgan, a barracuda who double-crossed his own father and will execute the novel's most coldblooded betrayal by the end. He considers death penalty cases like the one Mark gets saddled with, "something the kids could get really excited about ... like a class project or a hamster brought in to delight kindergartners ... like hamsters, the prisoners usually ended up dead."

Another partner, the litigator Harold Fineman, suffers one final spasm of conscience, which takes the form of a crush on the wearily idealistic young Katja Phillips (comparatively colorless, like all of the few women in "In the Shadow of the Law"). But the novel's most fascinating character is the brilliant young associate and former Supreme Court clerk Walker Eliot, a savant who sees the law in something like the way Newton saw the universe, as a dazzlingly acrobatic interplay of abstractions. He's so good "he could call the needed law into existence, do it with nothing but ink and imagination, like a cartoon character who sketches a door on a blank wall and ducks inside."

They're rich, they're powerful and they're scary, but (with the exception of the brutal Peter) you can't help feeling sorry for the older guys who have given their lives to the firm of Morgan Siler, and you can't help wildly rooting for the associates to get out while their souls are still intact. Maybe one of them should write a book.