In this enjoyable 19th century potboiler with a twist, a boy is raised as a girl, and a balladeer plays a starring role in solving the mystery of her parentage. 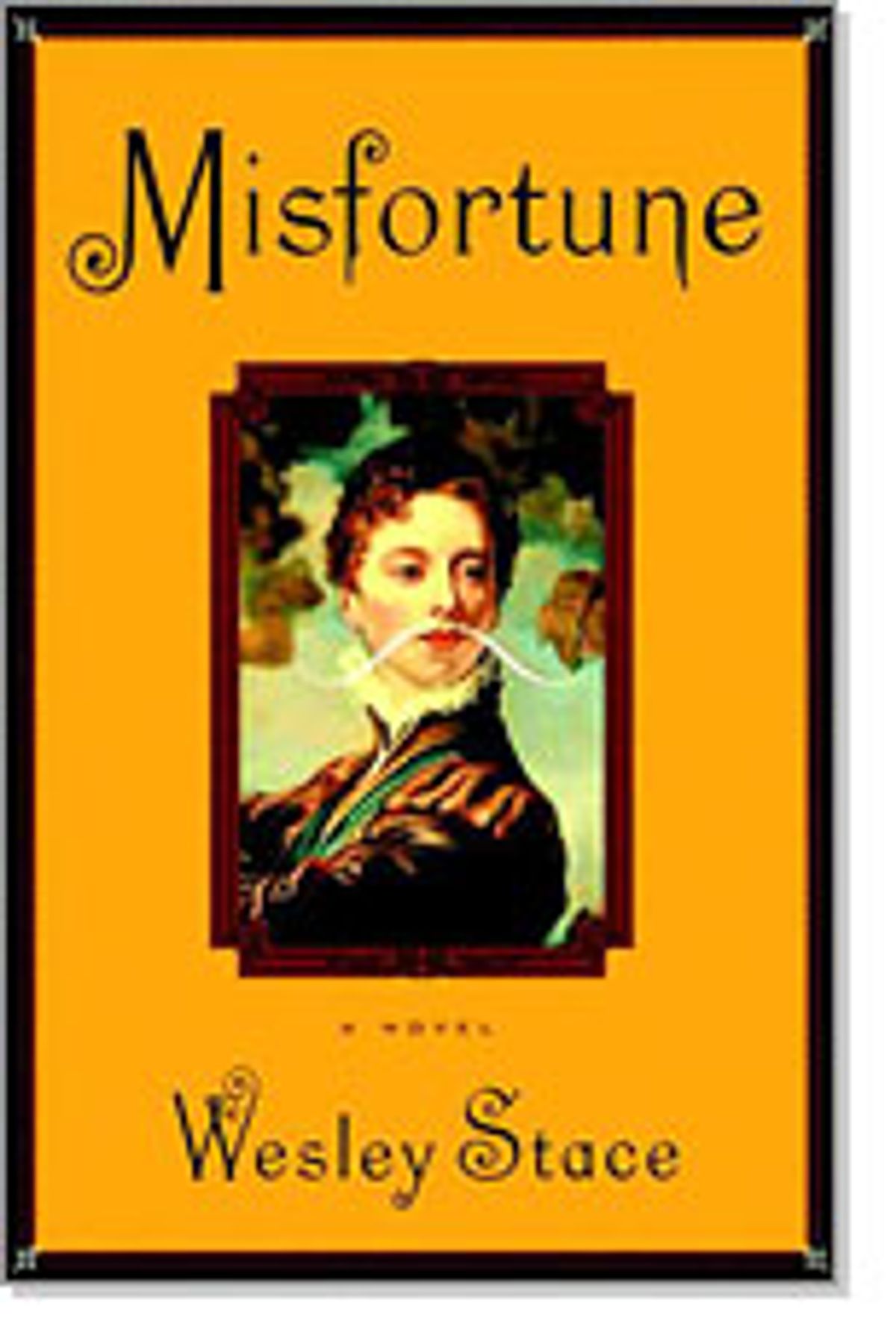 An infant of mysterious provenance, a vast English country estate, family secrets, conspiracies, a stolen inheritance, secret codes, scheming relatives and a host of disguises -- intentional and otherwise -- these are the preposterous, old-fashioned devices upon which "Misfortune," a fat novel set in the 19th century, rests. The author, Wesley Stace (aka, the singer-songwriter John Wesley Harding), makes a shameless bid to revive that silly yet satisfying genre, the Victorian potboiler, as practiced by a host of now-forgotten but once tremendously popular writers. Stace, however, adds a modern twist: This is "The Moonstone" meets "Middlesex."

The eponymous heroine is one Rose Lovell, rescued as a newborn from the vast garbage dump where she was abandoned on the orders of a London madam and abortionist. Her savior, the effete Lord Geoffrey Lovell, is the richest man in England, still grieving for the death many years earlier of his beloved younger sister. He raises the child as his own daughter (after slapping together a hasty marriage with the family's female librarian), and thereby fends off a battalion of horrid relations eager to get their paws on his inheritance should he die without an heir.

There is a slight problem, however: Biologically, Rose is a boy. The few people aware of this unfortunate fact refrain from pointing it out to the emotionally fragile Lord Lovell, and so the child is raised as a girl. Rose narrates most of the book, the best parts of which describe her years of typical childhood pursuits, infatuations and adventures, all overshadowed by an ever-increasing sense that something is off. When the reality of Rose's situation can no longer be concealed, the Lovells' ghastly relations move in for the kill.

Perhaps the freshest thing Stace brings to "Misfortune" is an appreciation for English popular ballads, the tabloids of their time, and the way balladeers wove current events and scandals into their musical tales. The works of an idiot savant balladeer play a key role in the quest to discover Rose's true parentage, and a CD of all the songs printed in the novel (performed by Stace and a trio called the Love Hall Tryst) will be released later this year.

Granted, discerning readers will probably find Stace's grasp of history too wobbly. Sometimes the characters behave like Victorians, sometimes as if they live during the Regency, the early era in which "Misfortune" is ostensibly set. There's a big difference. In any case, no 19th century person would ever have uttered a sentence of 21st century grad-studentese like, "The question was one of gender, not one of sex," and it's hard to believe the tolerance with which even the kindest characters regard the adult Rose's preference for wearing feminine clothes and a mustache. You have to be able to swallow a little Oprah with your melodrama to buy "Misfortune."

Still, for the many readers who don't care about the proper allocation of periwigs and hansom cabs, Stace has concocted a big, cheesy amusement completely unafraid to resort to the most outrageous stunts and caricatures to hold their attention. Historically, it's about as unreliable as one of Stace's beloved ballads, but on the upside, as a pastime, it's also as fun.