There's a little something for everyone -- Vampires! Time travelers! British babes! -- in this selection of page turners guaranteed to make your summer shine. 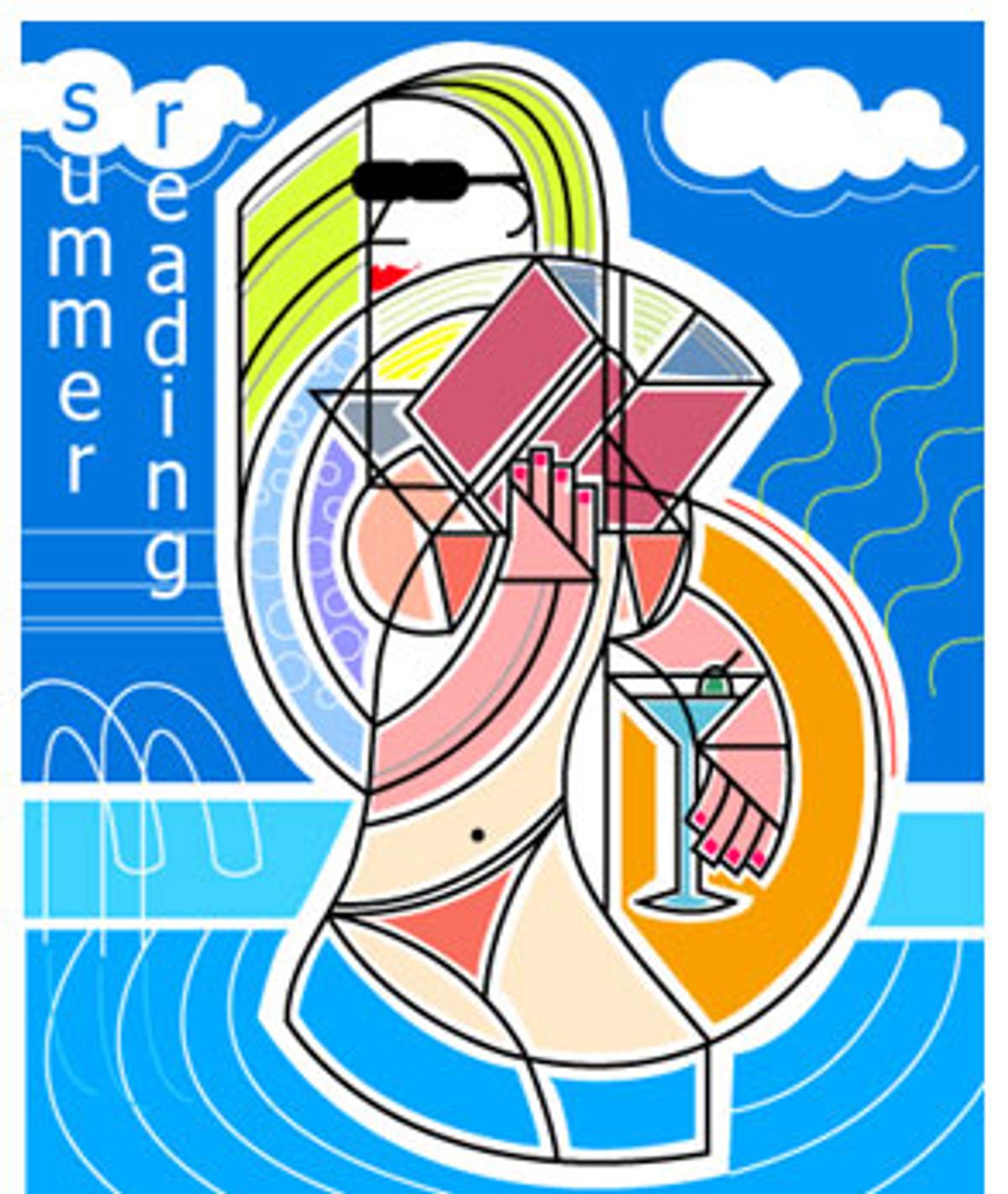 With summer comes travel, and with travel comes the crucial question: What should I take to read? Even if you're only sneaking in a day trip to the beach, you must have that perfect, totally engrossing book to dive into while waves crash in the background. If you're flying coast to coast or, even better, across the sea, it's even more important to tote along a couple of good reads. We know you might be tempted to pick up the fascinating history of Stalin that came out a few months ago, or that much buzzed-over economics book with the funny name. But it's summer! Why not try something a little more, well, fun?

Of course, when we say fun, we don't mean dumb. Quite the opposite. At Salon, we see no reason why the best books of the more strictly entertaining genres -- thrillers, fantasies, crime novels, chick lit -- shouldn't be recommended with the same gusto as the best histories, biographies and literary novels. That's why we've combed through the publishers' catalogs and stacks of galleys to come up with this list of gripping reads. We're sure they'll keep you pinned to your beach chair, or make that long plane ride absolutely fly by.

"The Historian" by Elizabeth Kostova
A band of intrepid historians hunt for the real-life Dracula -- and visit plenty of far-flung European locales -- in this hypnotic multigenerational mystery.
Reviewed by Laura Miller

"Bangkok Tattoo" by John Burdett
In this follow-up to "Bangkok 8," Buddhist police detective Sonchai Jitpleecheep is back, exposing more corruption -- and hilarity -- in the Thai capital's red-light district.
Reviewed by Laura Miller

"10 Men" by Alexandra Gray
In this smart and stylish debut, an unnamed heroine guides us through her personal history of love, one man at a time, as she searches for true happiness.
Reviewed by Hillary Frey

"Oblivion" by Peter Abrahams
Detective Nick Petrov confronts the case of a missing girl -- and a life-changing brain tumor -- in this sleekly written, suspenseful crime novel.
Reviewed by Laura Miller

"The Hidden Family" by Charles Stross
In this second novel in "The Merchant Princes" fantasy series, past, present and future collide as investigative journalist Miriam Beckstein navigates parallel universes -- and alters the course of history.
Reviewed by Andrew Leonard

"Cast of Shadows" by Kevin Guilfoile
A father uses cloning technology and a video game to track down the man who killed and raped his daughter in this near-futuristic thriller.
Reviewed by Laura Miller

"Misfortune" by Wesley Stace
In this enjoyable 19th century potboiler with a twist, a boy is raised as a girl, and a balladeer plays a starring role in solving the mystery of her parentage.
Reviewed by Laura Miller

"In the Shadow of the Law" by Kermit Roosevelt
A terrifically idiosyncratic and colorful bunch of characters make this K Street thriller about corporate law a standout.
Reviewed by Laura Miller