Much ado about Dean

The DNC chair's public remarks make some Democrats squeamish, but others say: Let Dean be Dean! 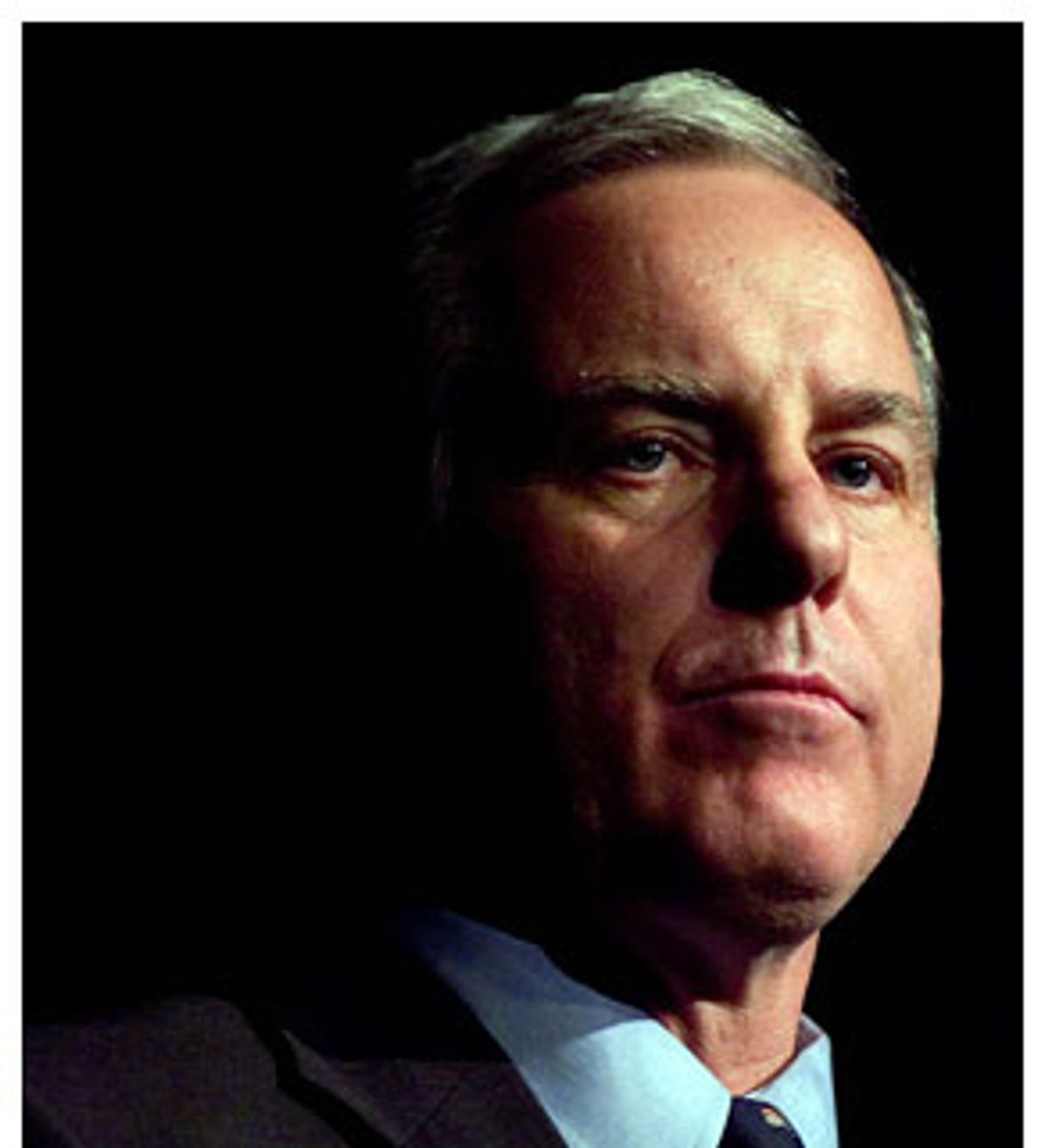 Howard Dean's career as a politician often has been defined by his bluntness. Early in the 2004 Democratic primary season, Dean's candor and tough talk, especially on the Iraq war, endeared him to many Democrats even as others said he was too unpredictable to be electable. So it should be no surprise that Dean has employed his characteristic blunt-speak in his job as Democratic National Committee chairman. But comments he made last week about Republicans have ignited a minor intra-party row -- and not for the first time in Dean's short tenure as party chair.

The latest brouhaha came after Dean's remarks on Thursday that "a lot of [Republicans] have never made an honest living in their lives." Later, Dean said he wasn't talking about hardworking Americans but Republican leaders. But over the weekend, the comment led two likely Democratic presidential candidates in 2008, former North Carolina Sen. John Edwards and Sen. Joe Biden of Delaware, to distance themselves from Dean and criticize him for shooting from the hip. "The chairman of the DNC is not the spokesman for the party," Edwards reportedly said at a Democratic Party fundraiser in Tennessee. Asked about Dean's comment on ABC's "This Week," Biden said, "He doesn't speak for me with that kind of rhetoric and I don't think he speaks for the majority of Democrats."

But Dean's former campaign chairman warns Democrats away from that kind of thinking -- and urges his party to see Dean's frankness as an asset. "Anyone who tries to change Howard and to remake him is making a big mistake," Steven Grossman said. "Time to time, Howard says things that he feels the need to clarify, that he recognizes by definition that it may have been misinterpreted. But at the end of the day, plain speaking, blunt, direct, is such a breath of fresh air in the Democratic Party, that on balance serves this out-of-power party well by his candor."

Still, ever since Dean leapt onto the national stage in 2003, the Vermonter's candid tone has been as much his asset as his Achilles' heel -- he inspired a grass-roots movement on the left but saw his presidential hopes scuttled, in part, because of a rowdy cheer following the implosion of his Iowa caucus campaign. "It's one thing to be that voice as an insurgent anti-establishment candidate, it's another to do that as the chair of the party, and that's part of the wrestling he has to do with himself," said Joe Trippi, Dean's former campaign manager. "But Howard is Howard at times. He will speak off-the-cuff and he will occasionally say something that's sorta impolitic, but that's what everybody loves about him," Trippi said, chuckling. "He's just not your 'watch every carefully crafted, calculated word' politician."

Despite the polemics that were sure to follow Dean's assuming the role of party chairman, his primary duty is to raise money. Though the Republican National Committee has raised money at a rate of 2-to-1 on Democrats in the first quarter of 2005, Dean himself has been effective. In the first four months, under Dean's stewardship, the DNC has raised nearly $19 million -- more than under any other Democratic chairman in an off-election year.

To Dean's supporters, this fundraising prowess is a direct result of Dean's candor and ability to connect with the party faithful as he travels throughout the country. But while Dean pursues his 50-state strategy, some in Dean's party have remained frustrated with what they say is Dean's tendency to overstate his case.

Rep. Barney Frank, D-Mass., has criticized Dean for stating that Republican House Majority Leader Tom DeLay of Texas should be in prison for alleged links to fundraising scandals that surround his office.

"My objection to the DeLay thing was that I thought it was inaccurate; the fact is that Tom DeLay has not been convicted of a crime or indicted," Frank said in an interview. "I don't think Dean should hedge himself. I think he should be accurate. If you are not, it becomes counterproductive because you lose people in the middle."

Indeed, some Democratic strategists are concerned that Dean's controversial statements may undermine his ambition to rebuild the Democratic Party in traditionally Republican states. Centrist Democrats say it's Dean's very inability to rein in his rhetoric that will dissuade moderate Republicans from voting Democratic come Election Day.

"There is obviously a pretty fine line between being tough and aggressive and going over the line," said longtime Democratic strategist Bill Carrick. "I think that what disturbs people like Senator Biden or former Senator Edwards is that they have to work on a daily basis with Republicans and have to pursue Republican independent voters; they don't like the personal characterizations and sweeping condemnations of people's motives."

But it is Dean's tendency at times to make sharp statements that much of the Democratic establishment should have presumed would come with a Dean chairmanship, Trippi said. "People should have had a pretty good idea how outspoken he is, so it's hard to believe they have been surprised," he said. "The irony of it is that in a lot of ways you are kind of handcuffed as party chairman. Someone as outspoken as Dean is not speaking for himself anymore, but as chair of the party he represents, and that is part of the problem."