What I learned from Anne Bancroft

After I found uncommon inspiration in her brilliant career, she became much more than Mrs. Robinson to me. 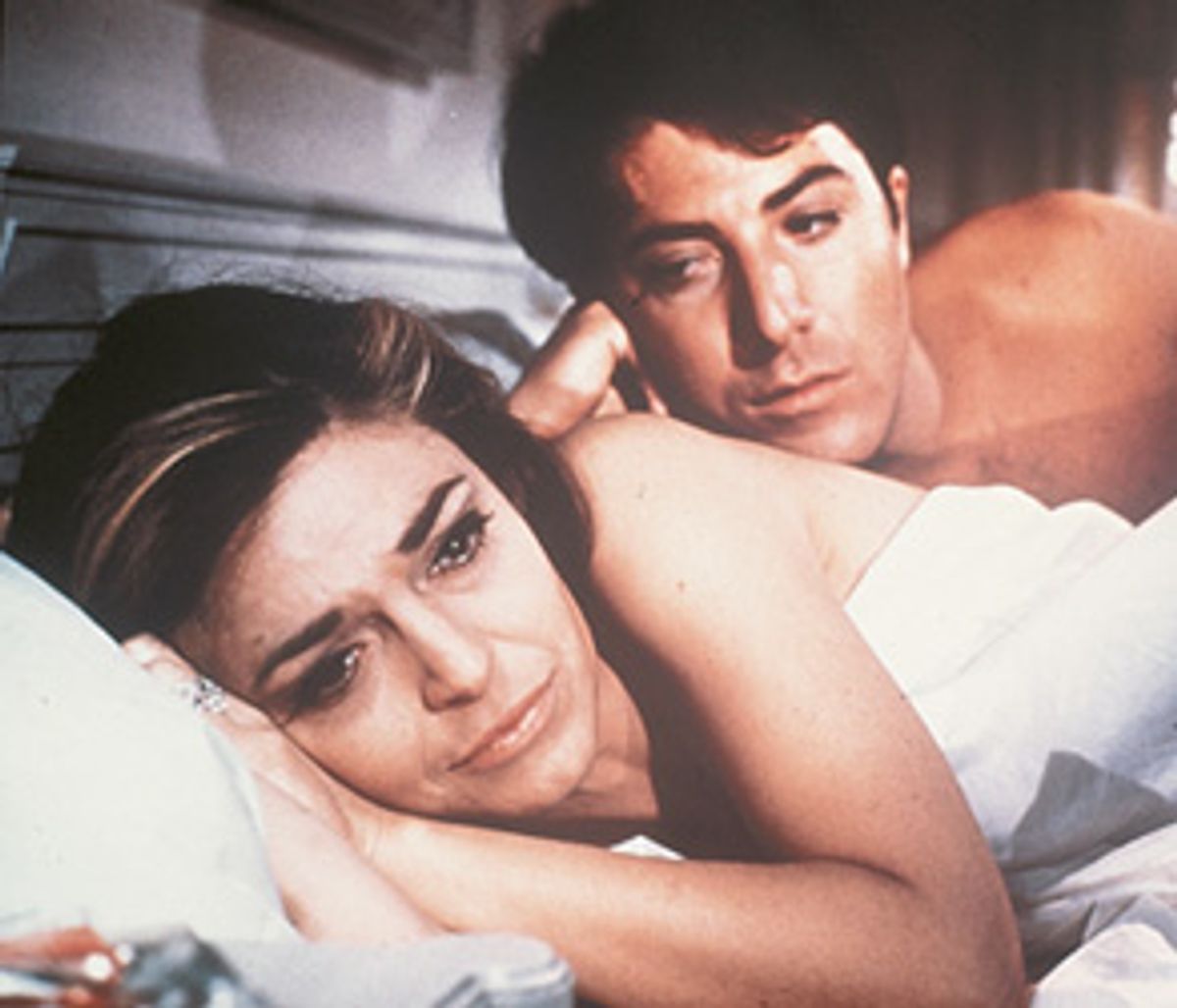 Four years ago this summer, I was living in Indianapolis, just out of what seemed at the time a significant relationship, and working in a job that paid the bills. On the outside, I'm sure I gave the appearance of someone who had her life together -- there weren't any obvious signs of the floundering I felt.

There are stories more desperate, more tragic, more serious than mine; the reality is that it just wasn't the life I'd always imagined for myself. Silly and melodramatic as it seems now, at the age of 28, I felt as though I'd missed the boat, as though everyone else my age was already doing what they were supposed to be doing, already well into careers they'd dreamed of, well into relationships that would last a lifetime. I felt as though I'd gotten my chance to choose a path, and I'd chosen the wrong one.

It was in the midst of all this that I turned on the TV and heard Mel Brooks on "60 Minutes," explaining as only Mel Brooks could his long marriage to the actress Anne Bancroft. I'd always liked Bancroft, but this strange pair caught my attention. I was looking for a distraction, so I went to the public library and searched for a bio of the actress, and the only thing I found was a 25-year-old book on Brooks and Bancroft, and how their paths had crossed. As I read it, I found myself skipping ahead to the passages on her; it was exactly the story I needed to hear.

She worked as an actress on television, moved to Hollywood, was cast in some B movies, married, divorced, and moved back to New York in her late 20s, not exactly having achieved the kind of success right out of the gate that I had presumed. The book led to my watching many of her films, and all I could talk about that summer was Anne Bancroft. A friend recommended I put all this information I was gathering -- by then I was getting my hands on old magazines and newspapers to find out more about how she turned her life around -- into an article for what was then a recurring feature in Salon called "Brilliant Careers." That gave some purpose to my reading and movie-watching, and in the fall of 2001, I finished the column and Salon published it.

Around the same time, on the night before 9/11, I booked a flight to Los Angeles to find a place to live. In October, I eventually made the trip and signed a lease, and in November, I moved. I began grad school in USC's writing program in January, with the intention of writing a biography of Bancroft -- the book I'd been looking for the previous summer. I interviewed Daniel Taradash, the screenwriter of her first Hollywood film, "Don't Bother to Knock." I flew out to New York to see her perform in a new Edward Albee play based on the life of the artist Louise Nevelson; when I got to the theater, I learned she was sick with pneumonia, which would keep her off the stage for at least another couple of weeks. A few months later, through a series of leads, I got to Mel Brooks' assistant and, with Ms. Bancroft's approval, I faxed a series of questions to get her response, hopeful that I might eventually be given her cooperation with my project. She was busy traveling that summer -- the stage version of Brooks' "The Producers" had just gone on the road -- and she ended up saying she wasn't able to give my questions the time required. My thesis advisor, impressed that in just a few months I'd gotten so close, encouraged me to pursue the project. But I knew then that I'd gotten everything out of it I wanted to. I wasn't interested in trying to weasel my way into her life by talking to so-called friends who were willing to spill details that she likely wouldn't have wanted shared, and I had no interest in writing something she wouldn't have wanted to be published. I had too much respect for her to do that, and so I abandoned the project in favor of another.

When I read of her death, that kick-to-the-stomach response was there. I never met Anne Bancroft, and what I know of her life I know almost exclusively from what I've read and heard her say in interviews with others. And yet I know that, had I not read about her story, had I not seen such a clear example of someone whose life wasn't headed where she'd hoped and who had the guts to keep going, only to be rewarded with great success, I wouldn't be on the path I'm on now -- one that I'm happy with, enthusiastic about, engaged in, in a way that I'd not been before. Maybe I would've ended up here eventually; there's never a way of knowing for sure. That's what makes the people and stories that seem to have such a profound effect on our lives even more magical, and gives them a life even after they're gone, whether they're immortalized on DVDs or not.

Elizabeth Kuball is a freelance writer in Santa Barbara, Calif.