AP dropped the ball on the Downing memo

Newspaper editors looking for wire copy on the British prewar document came up empty. But it wasn't just the Associated Press who neglected the story. 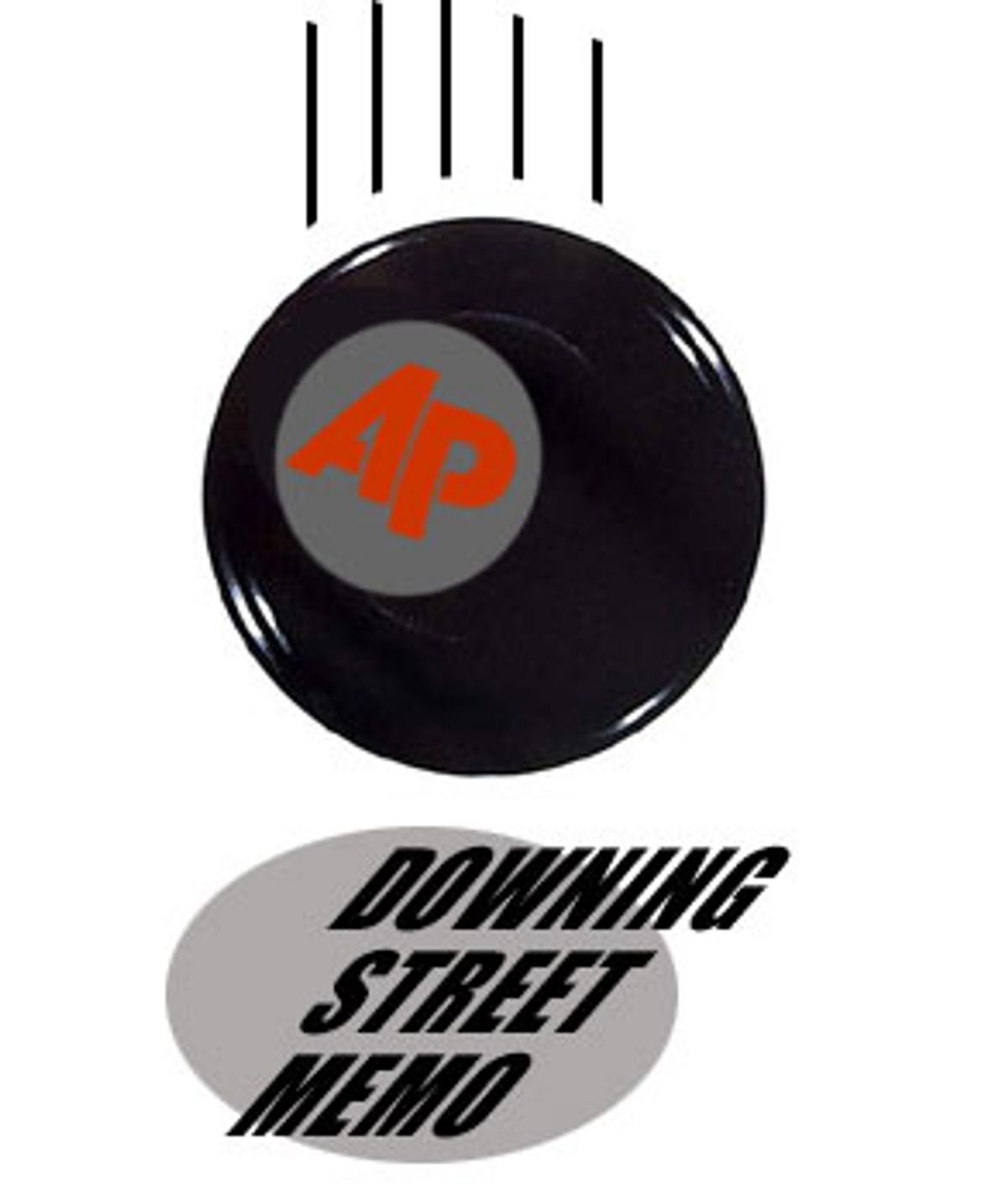 As American newspaper editors look back and examine why the controversial Downing Street memo, first published by the Times of London on May 1, received so little coverage in their papers, several of them are pointing to the same culprit: the Associated Press. Editors rely on the worldwide wire service to let them know what's worthy of attention, and that's particularly true for international events. In the case of the Downing Street memo out of London, they say the AP simply failed to cover the story.

AP certainly wasn't alone. An analysis conducted last week by Salon showed a shocking lack of mainstream media interest in the story during the entire month of May and into early June. There was a near blackout of the story on television, and just a handful of print outlets even reported the breaking news. Among the few media outlets with national reach to cover the story in real time was the Washington bureau of the Knight-Ridder newspaper chain, which provided wire copy for the company's newspapers with a May 5 comprehensive story about the leaked memo.

Ordinarily, that's the type of function the AP provides for hundreds of U.S. news organizations. But Jim Cox, USA Today's senior assignment editor for foreign news, told Salon that when the story first broke last month, "we looked to wires for guidance" but for days didn't see anything. It was a month before the paper reported on the memo; Cox takes the blame for that omission. "I wish we'd had something in early on, and I wish we'd been able to move the memo story forward. I feel like we missed an opportunity, and that's my fault," he told Salon.

On Sunday, the ombudsman at the Minneapolis Star-Tribune addressed readers' complaints about the paper's lack of Downing memo coverage. According to that account, the paper's nation/world editor, Dennis McGrath, was aware of the memo story when it broke in May, and he and his deputies "began watching for a wire story. A week later, they were still watching. 'We were frustrated the wires weren't providing stories on this,' McGrath said." The paper eventually assigned the story to a local reporter.

At the Portland Oregonian recently, public editor Michael Arrieta-Walden covered the same territory: "For an international story, the Oregonian primarily relies on material provided from about 10 wire services. The Associated Press, the world's largest news gathering organization, essentially didn't cover the document in its reports until last weekend in a story mostly about John Bolton, Bush's nominee to become U.N. ambassador. The document then was reported on in an AP story stemming from last week's news conference involving Blair and Bush.

"The original story broke on a Sunday, so it was initially difficult to match without access to government officials and documents, said Nick Tatro, the AP's deputy international editor. Then, the AP editors who repeatedly considered doing a story, he said, didn't necessarily see the document as a clear-cut case of proving the manipulation of intelligence. Also, the demands of other important stories kept diverting them, he said. 'Our people felt it wasn't a completely clear comment from the raw material,' Tatro said. 'It was our intent to do a story, and it just didn't happen.'"

In response to a request for comment, Deborah Seward, AP's international editor, conceded to Salon in an e-mail, "Yes, there is no question AP dropped the ball in not picking up on the Downing Street memo sooner."

Seward deserves credit for admitting AP's error. But a more pressing question remains about the media at large and the group think at play: Why, in the face of the clearly newsworthy memo -- which made international headlines and went straight to the issue of how and why President Bush decided to invade Iraq -- did senior editors and producers at virtually every major American news outlet let the story slip through the cracks and fail to do the most rudimentary reporting?