This film about two boys who've been sexually abused has an odd buoyancy -- and a remarkable performance from a young ex-sitcom star. 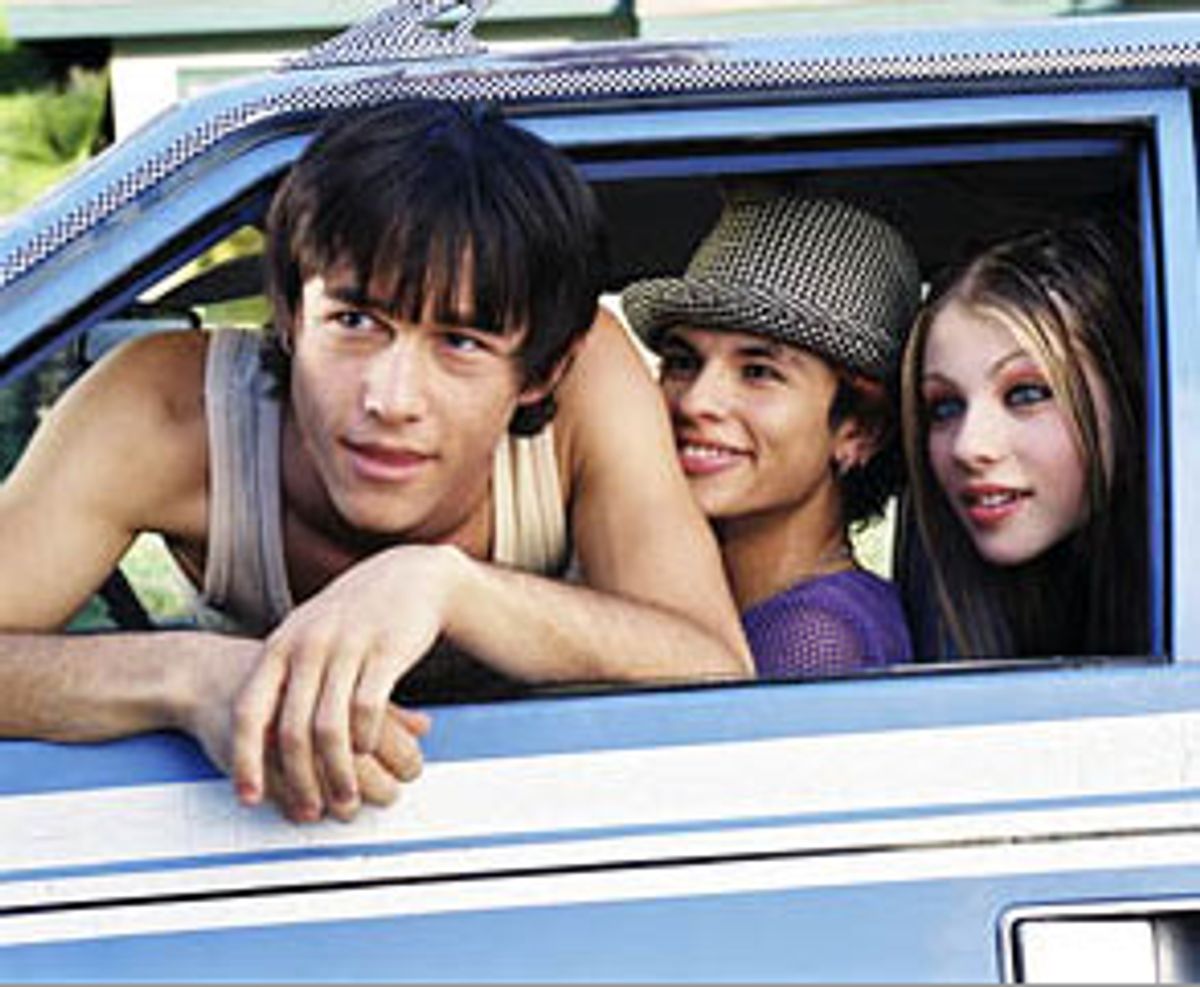 The sexual abuse of children is such a potent subject that anyone who attempts to make a work of fiction about it -- whether it's a book or a movie -- ought to be required to get a license first. It's far too easy for an artist to gas up on dime-store victimology, or, worse yet, to keep his story running on the fumes of cheap pathos. But Gregg Araki's "Mysterious Skin," which traces the intertwining but distinctly different strands of how two young men deal with their shared history of sexual abuse, doesn't fall into either of those traps.

The film has a weird buoyancy -- it's not a light picture, and it does include a harrowing (adult) rape scene. And it doesn't diminish the suffering of either of its two lead characters. But Araki doesn't make "Mysterious Skin" -- which was adapted from Scott Heim's novel -- about suffering; it's really a picture about getting on with things, about the freeing benefits of coming to terms with the past instead of being a slave to it.

The picture opens in the early '80s, in a small Kansas town. Its two main characters, Neil and Brian, are 8-ish boys, both Little Leaguers, when we first meet them. Brian (George Webster), blond and bookish-looking, with huge, owl-like glasses, is lousy at baseball; Neil (Chase Ellison), an elfin mischief-maker with dark eyes and a bowl haircut, is good at it, and he has also become the favorite of the team's coach (Bill Sage), a strapping hunk of a guy with the generic good looks of a '70s underwear model.

The coach -- we never even learn his name -- pays lots of special attention to Neil (the child of a single mother, played by Elisabeth Shue), inviting him over to play video games and filling him up with the sugary cereals his mom won't let him have at home. The coach's attentions are obviously inappropriate, and they only become more so. But while Neil is puzzled by the things the coach wants from him, he also thrives on the attention. The scene in which the coach seduces Neil is shot in a way that's both horrifying and hypnotic -- it has a dreamy quality that only intensifies its power. We recoil at what's happening to Neil, but we also understand completely why he responds to it.

Neil becomes a hustler by age 15. (The teenage Neil is played by Joseph Gordon-Levitt of "Third Rock From the Sun.") He hasn't blocked out or denied what happened to him, but he also hasn't given a thought to how it's shaped -- or, more accurately, screwed up -- his life. Brian (Brady Corbet), on the other hand, reaches adolescence without figuring out what happened to him (and we don't know, either, until the end of the movie). He's blocked out the episodes of abuse, but he does suffer from nightmares, bed-wetting and recurring nosebleeds. Because of things he's read and seen on TV, he decides that as a kid he was abducted by aliens, a theory that's completely off the mark and yet entirely apt -- child abusers seem like shape-shifters who have taken the form of trustworthy humans.

Brian can't remember what happened to him, while Neil has absorbed it into his very being: His sexual encounters are nonchalant, detached, and he thinks nothing of having sex for money. He walks away with raw sensation and a wad of dough, and that seems to be enough for him. But "Mysterious Skin" isn't a picture about existential vacancy; it isn't even about anything so simplistic as the horrors of child abuse. It's more of a meditation on the necessity of making your way past, or through, any obstacle that prevents you from being a thinking, feeling person.

Brian is the more recessive character: He's bland but sweet, and you get the feeling he's put living on hold out of necessity. Another character remarks on how asexual he is, and he's right -- there's simply no electric charge coming off him. Although we feel sympathy for Brian, it's hard for us to connect with him. But even that is a measure of how delicately balanced Corbet's performance is: Brian spends the whole movie in a state of suspension -- his day-to-day existence is a kind of numbed anticipation, a sense of waiting to become instead of simply being. There's no vanity in Corbet's performance, no "Love me!" desperation. We never get to see Brian flower, but Corbet plays him in a way that reassures us that he will -- he gives the character a life that extends beyond the movie's end.

Neil is in some ways more closed-off than Brian is, and yet he's the one our hearts go out to. The 8-year-old Neil isn't even particularly nice: In one sequence, he sadistically terrorizes a neighborhood kid who's not quite right in the head. The suggestion isn't that abuse made Neil into a bad kid, but that certain qualities in his character simply exist no matter what. The movie also makes it very clear that even at age 8, Neil knows he's gay. We hear the adult Neil in voice-over, recalling how turned on he was when he happened to catch his mom giving one of her boyfriends a blow job -- Neil's certainty about his attraction to men is just one angle of his overall sense of self-possession (a quality that can't be erased, even by abuse).

But by the time Neil has become a teenager, that self-possession has hardened into canny manipulativeness. Neil doesn't allow himself to get close to anyone, save his precocious, no-nonsense best friend, Wendy (Michelle Trachtenberg, of "Buffy the Vampire Slayer"), who cares deeply for him (and who knows many of his secrets) but who also recognizes how little he's capable of giving back in return. Gordon-Levitt's performance is remarkable: There are moments when his face looks so blank and closed off we can barely see a person there. But little by little, he gives us more and more.

Gordon-Levitt doesn't play Neil as a victim or a casualty, but as a young man who doesn't yet know what he has to offer the world. In one sequence, after Neil has left Kansas for New York City, he's picked up and brought home by a man whose body is dotted with sores. Neil is horrified -- he somehow believes that the fact that he's from Kansas can protect him from AIDS, but he can't help recognizing that there's a risk involved here. It turns out, though, that the man is simply yearning to be touched. (He's played, with princely dignity, by the character actor Billy Drago.) For the first time, Neil recognizes what it's like to connect sensually and emotionally with another human being, and this newfound awareness registers on his face with barely a flicker. But it's enough.