"The Twins of Tribeca" by Rachel Pine

A debut novel from a former Miramax assistant breaks the standard celebrity-dish genre and offers a revealing look at the plight of today's working women. 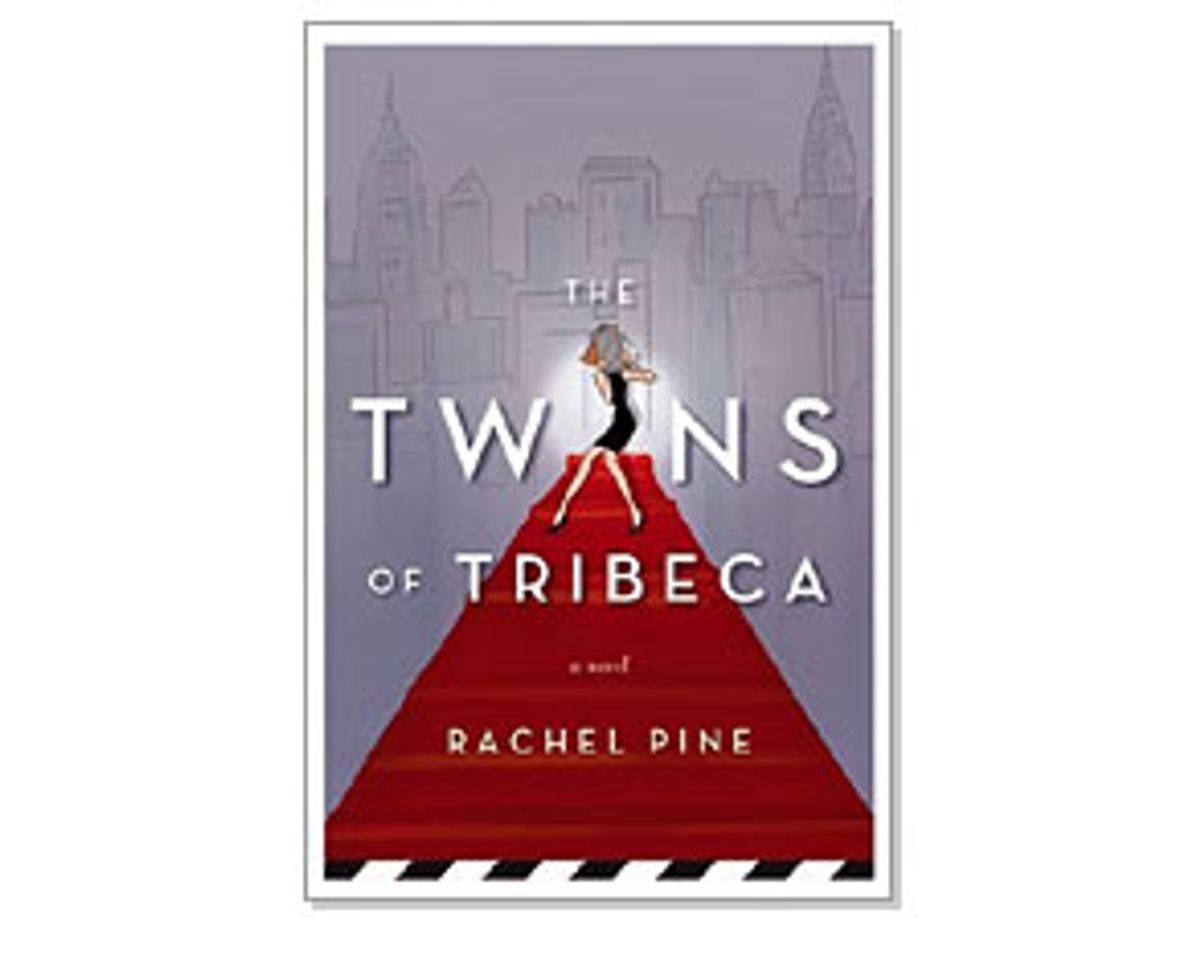 "The Twins of Tribeca" is part of the same litter. First-time novelist Rachel Pine was a publicity assistant at Miramax Films, the Oscar-gobbling company run by pugnacious brothers Bob and Harvey Weinstein that helped to popularize "independent film." Pine's novel centers on Karen Jacobs, a publicity assistant at Glorious Pictures, headed by Phil and Tony Waxman, "the notorious, larger-than-life twin brothers who run their company with ... iron fists." Why Pine even bothered to change the Weinsteins' names is something of a mystery, especially since Miramax itself is publishing the book.

I was admittedly more eager than most to read "The Twins of Tribeca." Having covered Miramax as a reporter for several years and worked at its magazine Talk before that, I was anxious to see how my old friends, nemeses and sources -- including the Bros. Weinstein -- fared.

But one of the things that's good -- really good -- about "The Twins of Tribeca" is that it's not really about the titular "Waxmans," who waltz through as loud, scary but basically buffoonish mascots. Pine also manages to avoid other predictable elements of her genre; Karen has no swoony romance (only a creepy dalliance with a foot fetishist gossip-columnist) and no cosmo-quaffing pack of friends.

Of course for Karen, it's not as bleak as it could be. There's a reason that "The Twins of Tribeca" wasn't written by, say, an actuarial assistant. Karen's gig is punctuated by trips to the Oscars and visits from "Juliet Eastland," a lithe Gwynethian actress so stunning that even Harvey, "the evil little ferret" of an office dog, lets her tickle his belly. There's also dish about difficult stars who sound a lot like Prince, Robert De Niro, Ralph Fiennes and Natalie Portman.

But this is window dressing. At the heart of the book is its beautifully executed revelation that Glorious Pictures, famously headed by two burly guys, is actually an empire run by women. And Pine's version of intra-office dynamics is infinitely more sensitive than other recent attempts to convey the pleasures and pains of a mostly female work hierarchy. There is one hideous caricature -- a screamer who fires an intern who dares write her for career advice -- but, hey, maybe she exists.

Most of Karen's superiors have more refined, irritating eccentricities, like the woman who doesn't trust her assistant with anything more than compiling a daily list of deliverable soups. Pine faithfully records the minutiae of the daily humiliations of her caste: When assigned to usher celebrity guests into an Oscar party, Karen is told: "Don't move your hands when you greet people. They might think you're trying to touch them." After a spelling error, one assistant is made to write the name of famous director "Johnny Lucchese" 500 times. Karen arrives at the office at 7 so that her boss, Allegra, still in bed but pretending to be in a meeting, can have Page Six read aloud to her. "The column had a mysterious hold over [Allegra]," writes Pine. "She studied it with the intensity of a Talmudic scholar."

The best part of "The Twins of Tribeca" is, in fact, the character of Allegra. In clumsier hands, she could be a harpy who either gets her karmic comeuppance or soars to heights that prove there is no justice. But Pine depicts her fictional tormentor with delicate distaste, as a strange, smart woman who happens to be a massive pain in the ass. Allegra dresses in a coat so big and totes so many scripts that she looks "as if she were wearing her duvet and carrying her night table." She speaks in a constant, inaudible whisper. She's maddeningly vague, and maintains steady fictions about her own life, like that she's talking to Oprah all day when really she's on with her decorator, or that she's in Europe when really she's hovering blocks from the Glorious offices pretending not to recognize her colleagues when they greet her.

Ultimately, what's fresh about Pine's novel is that despite the Machiavellian industry it chronicles, there are no villains here. Though they torture and frustrate, the baddie boss ladies at Glorious aren't so different from the goodie peons.

Somewhat embarrassingly, the final scene between Karen and Allegra -- a scene just as stilted and weird as the dynamic between the two women -- made me cry a little. Here's why: When one of them says, "I was trying to have some piece of a life that didn't involve Phil and Tony and their movies ... I just wanted to have ten minutes to myself -- to try to have a relationship, or to talk to my mother, or deal with something other than this goddamn company," it's not the beleaguered assistant with whom we've been sympathizing for 371 pages.

Allegra is as nuanced and real a fictional boss as I've encountered in a while. You wouldn't want to work for her. But, in her, you might see a little of yourself.