As the daughter of Hugh Hefner's personal doctor, Jennifer Saginor came of age in the sex-drenched world of drugs and celebrities at the Playboy Mansion. Now, she's trying to grow up. 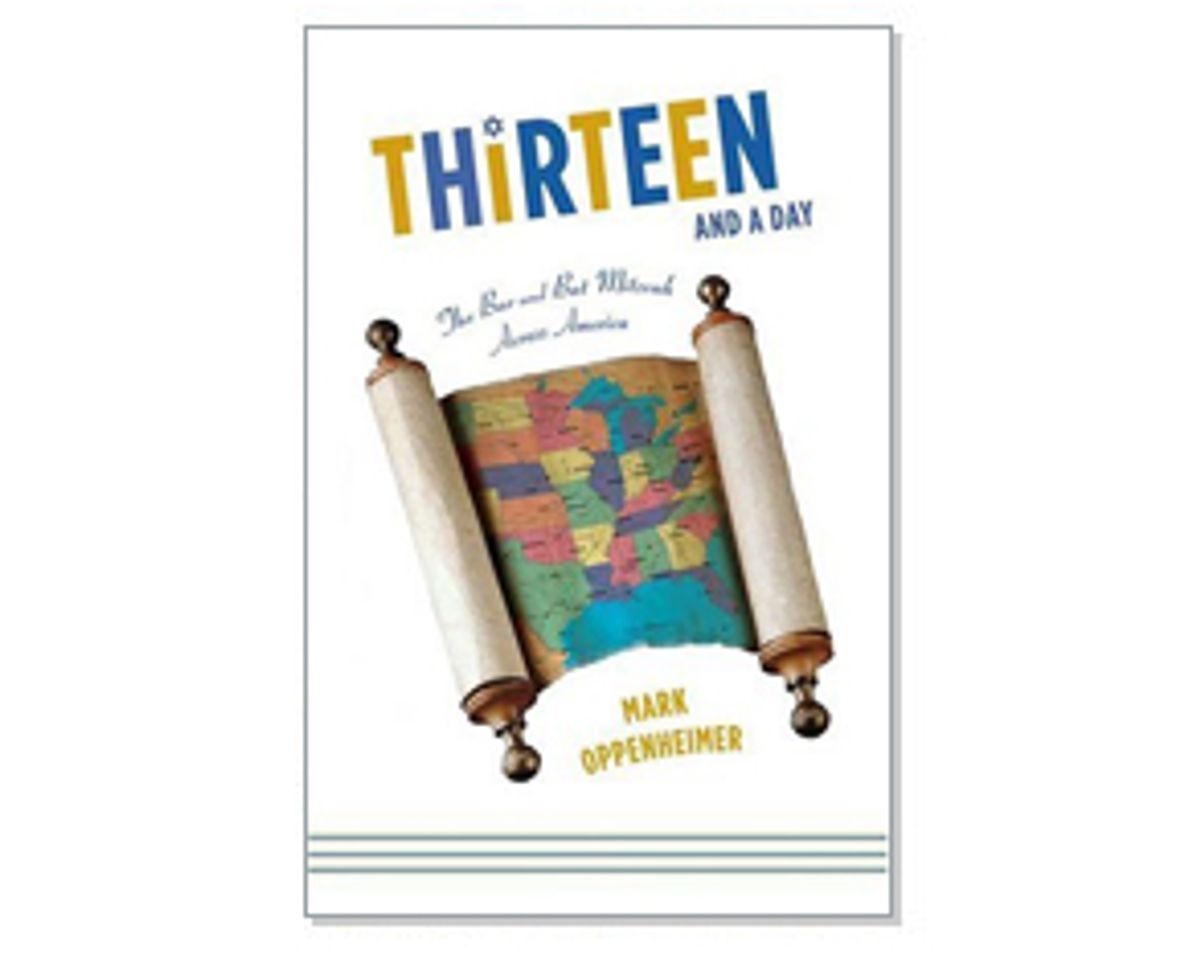 So begins "Playground: A Childhood Lost Inside the Playboy Mansion," Jennifer Saginor's sex- and drug-soaked memoir of her youth. Lots of kids walk in on their parents doing it. But in 1975, it wasn't her parents Jennifer Saginor caught in media res. It was "John Belushi screwing one of the Playmates."

The daughter of "Dr. Feel Good," Hugh Hefner's personal physician and Playboy Mansion regular, Saginor was practically raised at the bunny ranch. She caught sight of Belushi on her first visit, and that stay sets the tone for most of her story's 300 pages: hairy older men grabbing at young flesh, "boobs ... flying everywhere," and a scared, immature girl in way over her head. "Playground" traces Saginor's growth from a confused 6-year-old into an even more confused high schooler whose world consists not of jocks and nerds, but Playmates and the men who screwed them.

One man who screwed more than most was Saginor's dad. He rose to fame in the late 1970s as a weight-loss celebrity specialist, becoming "one of the biggest names in Beverly Hills." As he spent more and more afternoons lounging around pools with pretty young things serving him drinks, his wife, not surprisingly, began to sense trouble. An emotionally manipulative man -- when his wife caught him at the home of another woman, he, gun in lap, calmly explained to her that the whole situation was a product of her "demented mind" -- he and his wife divorced before Jennifer turned 6. Although her mother forbade it, on his visiting days he'd drive the girls to the mansion, where he held court and saw "patients" in a private office. The good doctor, knowing full well that the former Mrs. Saginor didn't approve of her little girls' attending "pajama part[ies] for grown-ups," simply encouraged them to lie.

At the age of 15, Jennifer, at odds with her mother and seduced by the libertine environment Hef fostered (not to mention the mild-mannered Uncle Hef himself), ditched her mom and little sister altogether. She moved in with her dad and, like him, split her time between the mansion and his mansion-in-training, where the bathroom cabinets were filled with Xanax and his bed was filled with a string of girls her age. "Playground," like so many true Hollywood stories, focuses on the predictably steady decline that befell father and daughter: Decadence turned into drug addiction (for both); parties turned into coke- and pill-fueled orgies (at least one girl overdosed and died in front of her); and the good doctor's sangfroid morphed into a paranoia so intense that he took to carrying an Uzi around the house.

"Playground" is as bizarre and excessive as Saginor's own life, and as hilarious, disturbing and depressing. But in the middle of the third chapter, I found myself facing a critical dilemma: Was Saginor purposefully writing in the voice of a confused 6-year-old child of above-average intelligence, or was she just a really bad writer?

"My sadness is wrapped around a sort of disbelief that she [Dorothy Stratten, a murdered Playmate] is actually gone," she sighed. "This surreal world and all that occurs begins to not feel real after a while."

Could Jennifer Saginor bend the properties of space and time? Could something that was already surreal begin to not feel real? No. "Playground" could have benefited from a ghostwriter.

Yet a ghostwriter (or even, let's face it, an editor) would have denied readers the signature Saginor style -- a paragraph of average length (three to six garbled, clause-filled sentences) followed by a one-sentence zinger. Sometimes she throws down the super-signature Saginor style, a doubling or even trebling of the one-sentence paragraph, which, obviously, doubles and trebles the zing. Like this solemn incantation:

"At seventeen, I am sworn to secrecy and told to keep a gun by my side at all times.

The freedom package has officially crumbled."

Perhaps the greatest testament to the power of Saginor's writing is that even hundreds of pages of crap like this doesn't take away from the pleasure -- and horror -- and horrified pleasure -- of her story. Reading what feels like the diary of a high schooler, replete with the requisite hysteria and melodrama, one becomes not just a private witness and voyeur to Saginor's life, but a friend and confidante. Laughable as it may be, the one-sentence style creates this eavesdropping effect. The lurid and salacious narrative is intensified by the true-life quality of her decidedly unrefined prose.

And, of course, bad writing can make for a really good read. I mocked "Playground." I called my friends to read them choice sentences ("It was a house call, all right, only the blonde she spotted him with was in perfect condition"). But I couldn't put it down. I read it, bunny-ear cover and all, on the subway. I read it in bed. I took it into the bathroom. Much like the first 10 minutes of a porn movie, that suck you in with the promise that something really dirty, something really bad, is just about to happen, "Playground" hooked me with depictions of topless volleyball, teen sex, blow and backgammon (one of Hef's and Dr. Saginor's preferred pastimes). Blood is dripping from the coke whores' noses onto the Twister mat! Kendall's satin G-string has just slipped off! If I put the book down, I feared, I might miss something good.

What is clear is that Dr. Feel Good is the villain of the story, a father who tells a child that kissing your daughter on the lips is a sign of love; a man who enlists an 11-year-old's help in critiquing women and teaches her what's attractive (big boobs, tight ass, flat stomach); a jealous fiend of a father who commands absolute loyalty of his daughter and sabotages her boyfriend's car (the boyfriend winds up in the hospital); an unstable, immature, controlling maniac who can only be calmed by hearing his child speak badly of her mother and swear allegiance to him. When he gains full custody of Jennifer -- effectively holding her hostage until she escapes to college -- he crows, "No mother loses custody of her child in the state of California! I humiliated her in front of the entire community! My greatest revenge is taking away what every woman fears losing: her children!"

Calling Saginor's father a misogynist is like calling David Duke a racist. The word's power wilts in the presence of such a master.

But Saginor's dad didn't just materialize out of thin air. He was a product of a specific time and place, the very epitome of the 1970s Playboy ideal: a thinking gentleman who fools around with nubile young things and saves the smart talk (and the board games) for other men. It's an ideal that has survived in today's retro-obsessed, pornified climate nearly untarnished. Now that the mansion has evolved from a resort where Playmates were rewarded for fucking Hef and his friends into a regulated, corporate environment where party guests receive wristbands from security, we look back at all things bunny with wistful nostalgia. Remember how it was then, before amateur teen sluts had live webcams? When the Village People played at the mansion and we did lines right in the living room? How great it was, when men read Playboy for the articles? (Never mind that having such great articles in a men's magazine was a great way to guarantee that no woman ever read them.)

Saginor's own writing is no exception. Whole pages of "Playground" read like bad scripts; girls are kissed, slapped, smacked and pinched as men joke with each other about "tit soup." Saginor's dad, in a moment of narrative brilliance, actually suggests that he and a Playmate "play doctor." That's why it's fun (assuming "doctor" is your thing). But what "Playground" argues, against itself, is that there was no innocent time at the Playboy Mansion, that our whole experience of retro porn culture, "doctor" and all, is whitewashed, fallacious. Back in the good old days, when a new teen hopped into Dr. Feel Good's bed, he laughed, "I would love to wake up to your face every morning for three days." Hef should have had that engraved on the front doors. In "Playground's" Playboy Mansion, women are sexually liberated and free to take (sometimes) and give pleasure; they are also disposable, expendable and interchangeable. When they are past their peak, when they no longer provide the same quality of services, they are replaced. Saginor recognizes how pathetic, unfair and funny the Playmate factory is, but she's learned her dad's nasty habit of blaming the victim: When his pals pressure unsuspecting wannabe teenage stars to trade blow jobs in a limo for the empty promise of fame, all she says is, "I can't help but feel sorry for her, knowing she will probably never get anywhere." And she's torn: At a recent Halloween party, she felt the pull of the "familiar world of lingerie and glitter" as she walked the grounds of the mansion; but inside the party, when a "naked Asian skank" tried to entice her to join a threesome, Saginor kicked her in the shin.

"I'm too old for this shit," she writes. Sure, she's kicking skanks -- but she's still there. Her rage is misdirected. The mansion is still "a fable of sorts, an enchanting kingdom where I can escape and become lost in adventures." The idea of the mansion, the Playboy ideal, is so strong that it continues calling to her, despite the fact that she lived there, that she had those adventures, and that most of them consisted of walking in on sex acts and gorging on candy in front of the Playboy channel. A few weeks back, Hefner announced that when he dies, he'll open his famously locked-down doors to the public as a tourist site. I can hardly think of a more effective way to preserve the myth of egalitarian decadence, or worse, the retro romance of gender inequality, of delighted, adorable, servile grown women clad in fluffy tails and high heels. What fun. Once the tours of the aviaries and monkey cages begin, once we sit in the shadow of Belushi & co., we will all be one step closer to Saginor's breathless appreciation of the lost magic of the place, the paradise it never was.

"Perhaps my freedom will finally come when I stop hoping for a different childhood, different parents," concludes Saginor. But it's not her early childhood she can't forget. It's those first days at the mansion. She's done a lot since she was a kid. She's knocked her dad off the pedestal and recognized him for the monster he is. She's traded Xanax and blow for Klonopin and high school for a Miramax development job. No longer friends with Playmates, she pals around with Ben Affleck -- who, with Larry King and the author of "Poker Nation," contributed memorable blurbs to "Playground." But she won't let go of the Playboy Mansion. It's the symbol of the perfect family she never had, the love her father never showed her. It's the wonderland of all her dreams, Uzis and overdoses be damned. Like her high school self, Saginor can't see anything beyond her own pain. She's older now, but she hasn't grown up.