If bloggers get the same press freedoms as traditional media, what will prevent corporations like Halliburton from using blogs to pour unregulated money into politics? 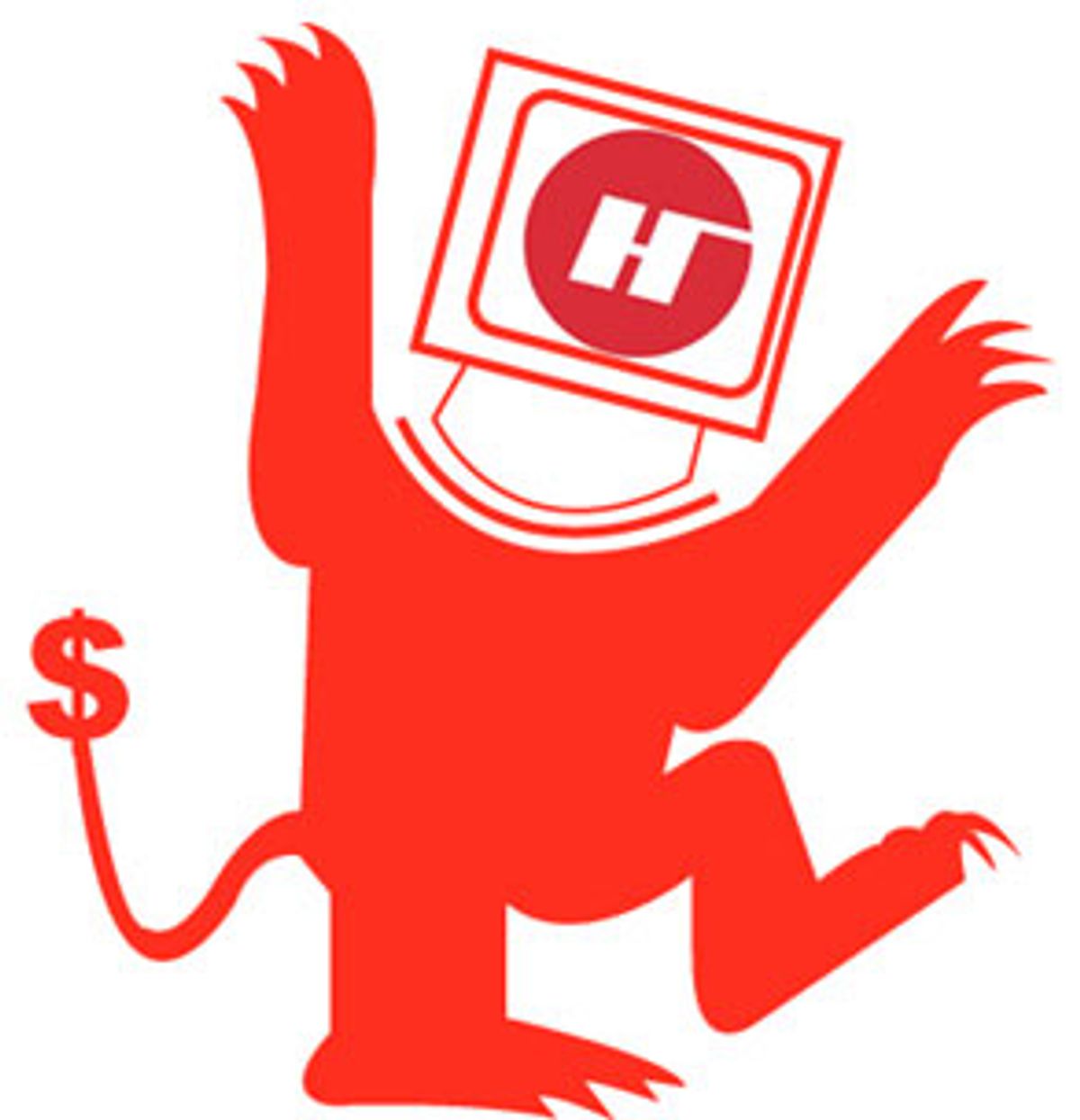 During the 2004 Democratic primaries, Markos Moulitsas Zuniga, who runs the Daily Kos blog, was criticized by a reporter at the Columbia Journalism Review (full disclosure: It was me) for an apparent breach of journalistic ethics. Kos had posted the results of exit surveys before polls had closed, potentially affecting the integrity of the vote. In response, Kos argued that, as a blogger, he wasn't bound by conventional notions of journalistic propriety: "We're activists," he wrote of himself and his fellow political bloggers. "Not reporters. Not talking heads. Not journalists. But activists. The difference is stark."

Fast-forward to late last month, when the Federal Election Commission held hearings to help determine whether political blogs should enjoy a "freedom of the press" exemption from campaign finance regulations, as more traditional media outlets do. The commission, composed of three Republicans and three Democrats, had voted in 2002 to exempt the Internet from the recently passed McCain-Feingold campaign finance reform legislation, but a district court judge had ruled the exemption too broad and ordered the commission to draw up new rules. If bloggers were unable to convince the commissioners that their sites represented legitimate media outlets, they could face restrictions under McCain-Feingold on their ability to advocate on behalf of campaigns, to post and distribute candidates' messages, and to perform the range of activities that helped give them a significant voice in political circles, especially Democratic ones, during the 2004 cycle.

This time, Kos was understandably eager to claim the mantle of journalism. In written comments to the FEC, he and two other bloggers asserted: "At their best, bloggers are true journalists, contacting sources, researching facts and raising public awareness of vital issues. Even at their 'worst,' bloggers perform the same function as talk radio hosts or opinion journalists in the print and televised media, energizing partisan supporters through humor, vitriol and innuendo."

Kos' evolving self-definition is a symptom of the precarious position in which political blogs now find themselves, as the federal government begins to scrutinize their burgeoning influence on politics. Many bloggers on both the left and right achieved popularity in part by highlighting the shortcomings of the mainstream media, and by emphasizing their opposition to it. Now, amid concern that failing to be defined as a legitimate media outlet could open the door to government regulation, some bloggers have been trying -- sometimes ironically -- to erase the very distinction that Kos flaunted last year. But in response, some good-government advocates worry that, in arguing for as broad a definition of media -- and therefore as broad an exemption -- as possible, bloggers may inadvertently be undermining crucial campaign finance laws, creating a loophole that could allow corporations to use the Internet to channel unlimited amounts of money into electoral politics.

Recently, a blogger who runs the Talent Show site -- incensed by the possibility that bloggers might be denied the media exemption enjoyed by talk-show hosts like Michael Savage or online magazines like Salon -- declared: "In order to avoid any potential pitfalls, let me use this opportunity to announce that this post will be the last one on The Talent Show blog. Starting either late today or tomorrow, I will relaunch (without any fanfare whatsoever) my new web magazine, The Talent Show ... The look of the site, the writing style, the subject matter, the content, and the technological back end will be identical to what I'm using now, but the change (as least as far as the FEC is concerned) will be drastic." Atrios quickly picked up the theme: His site now bears a prominent -- and semi-mocking -- tagline, identifying it as "An Online Magazine of News, Commentary, and Editorial."

The concern that the federal government could prevent ordinary bloggers from pursuing their passion has provided a perfect opportunity for righteous Internet indignation, but it's almost certainly groundless. For starters, campaign finance laws allow for a "volunteer exemption": The amount of money an individual spends on his or her own volunteer activity is not counted as a contribution to a campaign. For bloggers, that can be argued to include the cost of computers, Internet-service providers and software. Even assuming a stricter volunteer standard, there appears to be little enthusiasm among the commissioners for cracking down on ordinary bloggers, and it's highly likely that the new rules will explicitly protect the vast majority of political sites. "People like Red State [a prominent conservative blog] or Kos clearly fall under the media exemption," Democratic FEC commissioner Ellen Weintraub, seen by some observers as the potential swing vote, told Salon. "Practically all bloggers -- I can't think of one who wouldn't -- would fall under the media exemption or the volunteer. And that's if we do nothing, if we don't change the rules at all."

To progressives, it may seem reassuring that Kos, Atrios and the rest look likely to be able to continue to blog away unmolested by the feds -- even if it means allowing the other side their Red State and InstaPundit. But many good-government advocates -- some of whom have been key supporters of campaign finance laws intended to reduce the influence of money in politics -- worry that by granting a broad exemption to anyone who posts their thoughts on the Internet, the FEC could be creating a loophole that corporations might seek to exploit, allowing them to use blogs as a means of pouring money into electoral politics.

In testimony before the commission, Carol Darr, director of the Institute for Politics, Democracy, and the Internet, laid out a scenario in which Halliburton could choose to take advantage of a blanket media exemption for bloggers by investing in a blog that was supportive of its favored candidate. The "Halli-blogger," as Darr put it, with unlimited and undisclosed funding from Halliburton, could then create a slickly produced television-style ad on behalf of a candidate, even consulting with the campaign to design as effective a message as possible. The blogger could then, as part of the normal journalistic function, send this ad out over e-mail, or on an RSS feed, to activists and swing voters. The ad could even be sent to news outlets, as is standard practice for modern campaigns, where it would be featured in news segments, increasing its visibility and injecting its message into the bloodstream of the campaign.

"[Bloggers argue] 'What's the difference between us and them? We deserve the media exemption also,'" Darr told Salon. "It's an easy ask, but it's a real expensive give. The cost of it is the destruction of the campaign finance laws and the prohibition on corporate money which has held for 98 years."

Larry Noble, the executive director of the Center for Responsive Politics (CRP), who also testified, told Salon he agrees that a broad exemption could undermine the intent of campaign finance regulations. "If the FEC said anybody, including corporations and labor unions, can put whatever they want on the Internet, regardless of whether they coordinate with a candidate, what you will see is corporations and labor unions coordinating with candidates, having the candidate write the ads, the corporation or labor union paying a lot for sophisticated production values on these commercials -- we're already seeing them -- and putting them on the Internet."

Bloggers greet this possibility with a shrug. Atrios, aka Duncan Black, who also testified, calls Darr's concern "kind of silly." "It's granting a greater potential for influence than a blogger could have, or any one person or any one Web site on the Internet could have," he told Salon. "And it sort of presumes that Halliburton has discovered the magic formula such that if they only spend $10 million they will have the best Web site ever and everyone will come to it every day to hear the latest daily propaganda from whoever their candidate is."

Kos, characteristically, was more blunt. "I say, 'Welcome to the blogosphere, Halliburton!'" he wrote on his site, in response to Darr. "'Join the over 12 million blogs already in the blogosphere.' I'm pretty confident [campaign finance reform] would survive the emergence of yet another blog. One of 20,000 created every day."

Even Commissioner Weintraub, who's paid to worry about potential abuses of the campaign finance system, doesn't sound too concerned: "What the bloggers very persuasively argued [in the hearings] is that the only thing that gives a blog value is that person's credibility online. And some corporate-funded hack who's out there blogging away is probably not going to get a lot of hits. Maybe I'm wrong. Maybe this will turn out to be some horrible problem. But the example that was given in the hearing, of the Halliburton blog, I mean, who's gonna read that?"

Both Weintraub and the bloggers point out that corporations and labor unions could have enacted the Halliburton scheme in 2004, but didn't. As Kos put it in his testimony: "The free market of ideas policed itself. It worked." It's counterproductive, they argue, to impose regulations in order to stop something that hasn't happened yet. "To say we have to restrict all sorts of conduct because we're afraid of what people might do in the future, even though they haven't done it in the past -- it's a little bit premature," Weintraub said.

But to Darr, the fact that the system worked relatively well last year is hardly a source of comfort. She fears that 2004 may in retrospect turn out to be like 1976, the first election after post-Watergate campaign finance regulations. "You could have had soft money and you didn't," she said. "People just hadn't figured out yet how to do it. But then when they did it just took off like a rocket."

Noble, of CPR, believes that one reason the Internet didn't become a loophole for corporate money in 2004 is that, in the absence of a definitive governmental or court ruling, there was uncertainty as to whether such a strategy was legal. "I've talked to some lawyers who've said they were being more cautious about it. But also I think this is evolving. I think what we've seen about most of the campaign finance loopholes that have developed is, they start small and then they explode. If the FEC gives a clean green light to it ... they'll go ahead and do it."

Noble suspects that the apparent enthusiasm on the part of some commissioners, particularly the Republicans, for a broad exemption reflects an underlying opposition to campaign finance regulations. "I think in [Republican commissioner] Brad Smith and others you have a natural tendency to want to deregulate. They don't believe in the laws to begin with. Therefore applying the laws to the Internet doesn't make any sense to them."

Noble argues that the issue extends beyond bloggers, and he wants further discussion to help arrive at an up-to-date conception of what "the media" means -- with mainstream media representatives as participants in that discussion. But he thinks it's possible for the commissioners to find a middle ground that protects the rights of ordinary bloggers while closing the Halliburton loophole.

The devil will undoubtedly be in the details. The commission intends to issue its new regulations in the next 90 days, and may try do so before Smith leaves office around Aug. 20. But at this stage it's conceivable that the arguments of liberal bloggers -- who in their political philosophy have rarely lined up alongside large, politically active corporations, and who have generally been supportive of efforts to reduce the influence of money in politics -- could ultimately help open the door to a dramatic weakening of one of the most cherished and important achievements of the progressive movement.

Zachary Roth is a writer in New York.