Would Martha Stewart, Bernie Ebbers, Nixon and Trotsky have stayed on top if they'd listened to Machiavelli? 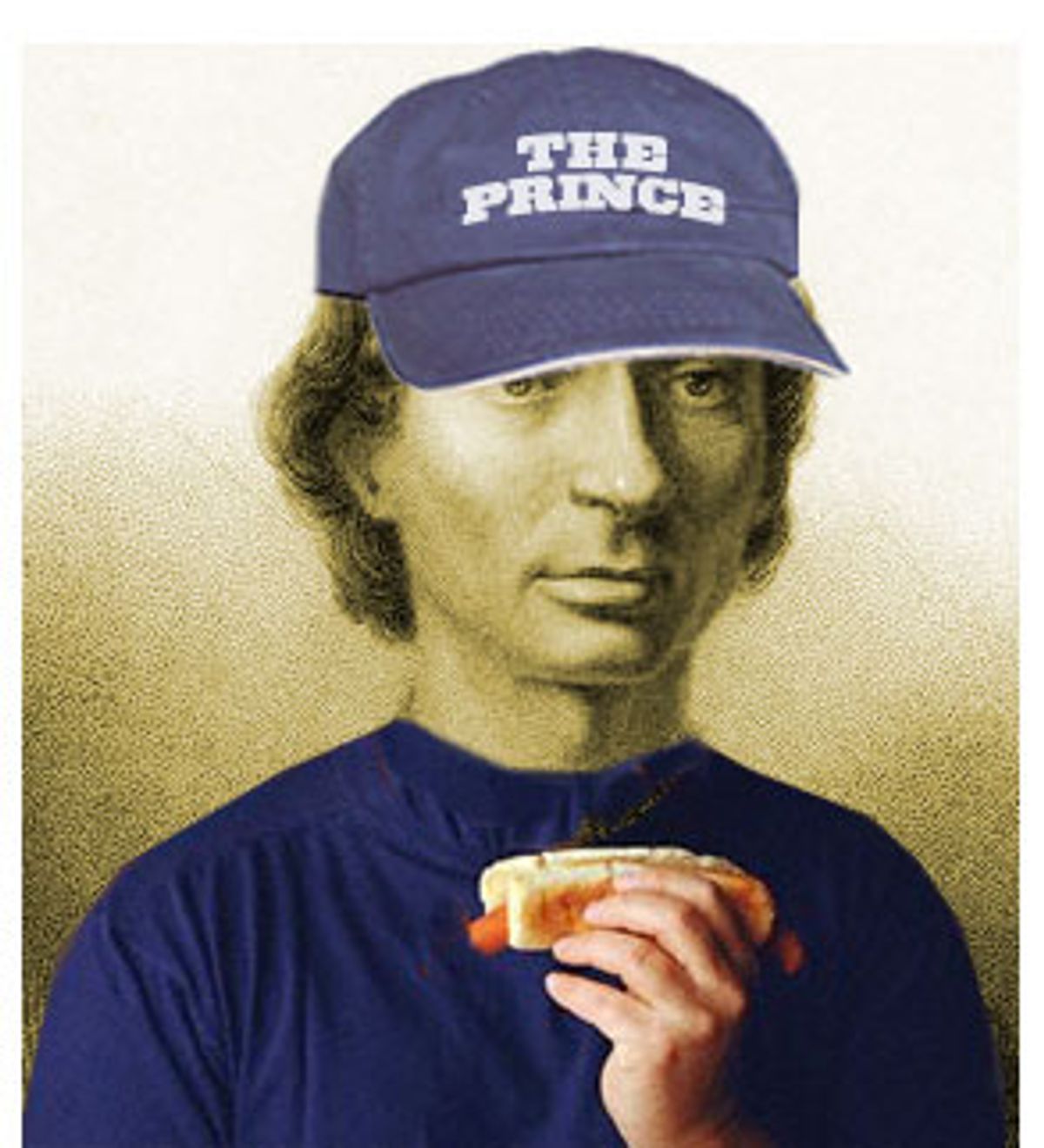 I've recently been doing a lot of reading about Russia -- from the time of the Revolution to the time of the oligarchs -- and I've observed that, if you ignore all the noise about communism and capitalism, Trotsky and Berezovsky are essentially the same guy. Or, rather, they are similar where it counts most. Where they resemble each other they also resemble Herod the Great, Gen. Patton, Martha Stewart and Frank Sinatra -- to name just a few. What unites them is the commitment to an idea (say, Permanent Revolution or Hollywood Stardom) and the dogged pursuit of that idea, unimpeded by the moderating influences of doubt or sentiment. In their rise to power all were variously charged with duplicity, hubris, criminality and venality, but this neither arrested nor affected them, so singular was their belief in the rightness of their cause. And, because I do not possess it, it is this singularity of mind -- this unequivocal belief in one's supreme authority -- that I find fascinating.

It's for this reason that I decided to read Niccolo Machiavelli's "The Prince." No one else is more closely identified with the idea of self-advancement than Machiavelli; the man's name is literally synonymous with naked, calculating ambition. So much so that the adjective "machiavellian" -- like "quixotic," "platonic," "pyrrhic" and "Kafkaesque" -- belongs to a select class of modifiers. These words are employed so commonly, and their meanings are so presumably eminent, that people do not hesitate to use them even if they have never studied Machiavelli, "Don Quixote," Plato, King Pyrrhus of Epirus, or Franz Kafka. And when I say "people," I do not exclude myself. Though I've done some research into King Pyrrhus, I have never finished "Don Quixote," I've read only a small selection of Plato and not much more of Kafka, but this has never stopped me from dropping a "quixotic" or a "platonic" into conversation. I've probably also used "machiavellian" -- though the conspicuousness of its many syllables does have the effect of reminding me of my lack of intellectual rigor.

For some time now, it has been my intention to mend this gap in my education. "The Prince," after all, is a very short book (the recent Penguin Classics text runs to 85 pages, and that includes Machiavelli's introductory letter to "the Magnificent Lorenzo de Medici"). Divided into 26 unambiguously titled chapters (e.g., "Military organization and mercenary troops"; "Generosity and parsimony"; "How princes should honor their word";" How flatterers must be shunned"), it has been praised for its compact, unembroidered prose. And intended for a busy Renaissance prince, it was conceived as a quick and painless read. Which is all to say that I have no legitimate excuse for not having read it.

Machiavelli completed "The Prince" in the summer of 1513, at a time of great personal distress. For many years, he had been a diplomat for the Florentine republic under Piero Soderini, but he lost his post when the Medici regained power in 1512. Tried for conspiracy, he was tortured and imprisoned by the Medici before being effectively banished to the countryside. For a man like Machiavelli, who had dedicated himself to politics and to the life at court, this punishment was particularly difficult to bear. And so, though he had served the republic and opposed the return of the Medici, Machiavelli (in what we might call a stereotypically machiavellian maneuver) composed a treatise on how a new prince could most effectively acquire and preserve power. In so doing, he hoped to inspire Prince Lorenzo's favor, gain a pardon, and return to political life -- his republican allegiance abandoned for the possibility of escaping the boredom and parochialism of the countryside.

What is interesting about "The Prince," and obviously why it has endured and entered the popular imagination, is that its lessons transcend the specific orbit of statecraft. Certainly, there are aspects of the text that apply distinctly to statesmen -- the nature and composition of armies, varieties of principalities, whether or not fortresses are useful -- but there are other lessons about power relations that are universally instructive. That said, even the parts of the book that concern statecraft would likely prove fascinating to the contemporary reader. For instance, is it possible to read that "when states are acquired in a province of differing language, customs, and in institutions, then difficulties arise; and ... one of the best, most effective expedients would be for the conqueror to go live there in person" and not to contemplate an alternate reality in which George Bush sets up residence in Baghdad?" Similarly, on the use of violence, Machiavelli seems to address any number of recent military adventures:

...it should be noted that when he seizes a state the new ruler must determine all the injuries that he will need to inflict. He must inflict them once and for all, and not have to renew them every day, and in that way he will be able to set men's minds at rest and win them over to him when he confers benefits. Whoever acts otherwise, either through timidity or misjudgment, is always forced to have the knife ready in hand and he can never depend on his subjects because they, suffering fresh and continuous violence, can never feel secure with regard to him...

[A prince] will be despised if he has a reputation for being fickle, frivolous, effeminate, cowardly, irresolute; a prince should avoid this like the plague and strive to demonstrate in his actions grandeur, courage, sobriety, strength.

In Machiavelli's estimation, provoking the hatred of his subjects is the greatest mistake a ruler can make. To be hated is political suicide. In his chapter "Cruelty and compassion; and whether it is better to be loved or feared, or the reverse" he concludes that it is far better to be feared than loved. "Men love as they please but fear when the prince pleases," Machiavelli writes. So long as the prince "abstains from the property of his subjects and citizens and from their women" he can cultivate a type of fear that is "quite compatible with the absence of hatred."

It's at this level, in chapters concerning grand sociological and philosophical questions, that Machiavelli's ideas can most easily be extrapolated to the everyday. Whether you're a cop, a mafia boss, a middle manager or a housewife, it's likely you've wondered whether you'd get further with kindness or with intimidation. Or when faced with a tough decision, it's likely you've vacillated between impetuousness and caution. Machiavelli recommends impetuousness -- if only because the best means of contending with fortune's inconstancy is to act boldly. "Fortune is a woman," declares Machiavelli, "and if she is to be submissive it is necessary to beat and to coerce her." Though it's easy to take issue with the man's attitude toward women, his attitude toward fortune seems to possess an inherent logic.

Machiavelli introduces other maxims, and in each case his rhetorical talents are such that you feel yourself converted to his way of thinking. You may not like it, but can you argue with the contention that "the wish to acquire more is admittedly a very natural and common thing; and when men succeed in this they are always praised rather than condemned?" For those who are not immediately persuaded, Machiavelli is quick to provide supporting evidence from classical and Renaissance history. More than just a student of politics, Machiavelli is also a student of history, and he uses his knowledge of classical and Renaissance history to good effect by employing examples from the lives of Julius Caesar, Hannibal, the villainous Agathocles, King of Syracuse, and Cesare Borgia. He evaluates their actions and policies not on the basis of some idealized ethical model but on the objective effectiveness of their governance. His approach is unapologetically pragmatic; Machiavelli believes that, in general, "[men] are ungrateful, fickle, liars, and deceivers, they shun danger and are greedy for profit"; therefore, one must factor man's wretched nature into one's calculations. Though he has been scandalized as craven and amoral, Machiavelli actually loves that which is moral. He deplores what is bad in men, but recognizes that nothing can be done about it. "The fact is," Machiavelli writes, "that a man who wants to act virtuously in every way necessarily comes to grief among so many who are not virtuous."

And yet, what would Machiavelli say if he knew that today his book is commonly regarded as an instruction manual for the unscrupulous? Reading "The Prince," it's clear that he meant the book for the virtuous -- or, at least, he hoped that its lessons would show a prince the value of ruling with honor (thus the chapter "How a Prince Must Act to Win Honour"). But "The Prince," like any system of thought, can be perverted, its lessons taken selectively rather than holistically. A good idea, like a good weapon, is equally potent when wielded by the virtuous as by the wicked.

Similarly, "The Prince" can cut two ways depending on whether you perceive it as a manual for offense or defense. Personally, I consider its lessons to be defensive. Since I have no particular ambitions to increase the size of my principality, the question I ask is: How can I protect my little principality from invasion? "The Prince" provides me with some practical advice: "[do not] flinch from being blamed for vices which are necessary for safeguarding the state"; "be a fox in order to recognize traps, and a lion to frighten off wolves"; "one who adapts his policy to the times prospers"; etc. It also reminds me -- not that I necessarily need the reminder -- of the pressures and the daunting moral obligations associated with power. Beset on all sides by enemies and potential enemies, your mind forever fixated on war and confrontation, constantly wary of your own subjects and underlings: Who would want this kind of life?

Finally, through its many historical examples, "The Prince" testifies to the temporary and mercurial nature of power. Caesar is butchered by conspirators; Mark Antony offs himself; Maximinus falls prey to his own troops. In fact, nearly every ruler cited in the book comes to a bad end. We know the same to be true with respect to more contemporary leaders -- people, arguably, who have had the benefit of access to Machiavelli's clever treatise. Trotsky, for all his charisma and political acumen, ended up in exile and died at the hands of Stalin's assassin. Berezovsky's fortunes have been diminished, and he too is in exile. Khodorkovsky is in jail. Martha Stewart, seemingly ascendant once again, still lives under house arrest. The list goes on and on -- Nixon, Kennedy, Gorbachev, Ken Lay, Bernie Ebbers, Dennis Kozlowski. This is "The Prince's" other lesson: the extreme difficulty of putting its philosophy into practice. Indeed, it's interesting to note that it was a problem that bedeviled Machiavelli himself. The great irony is that, in writing "The Prince," Machiavelli, the master strategist, miscalculated, and instead of winning the Medici pardon cemented their enmity. The book also managed to incur the moral censure of many of his contemporaries and effectively poisoned his political career, his life and his legacy.

David Bezmozgis is the author of "Natasha: And Other Stories."