There were worse nominees George Bush might have sent up to the Supreme Court, and he did not. So shake hands with John Roberts and wish him well. 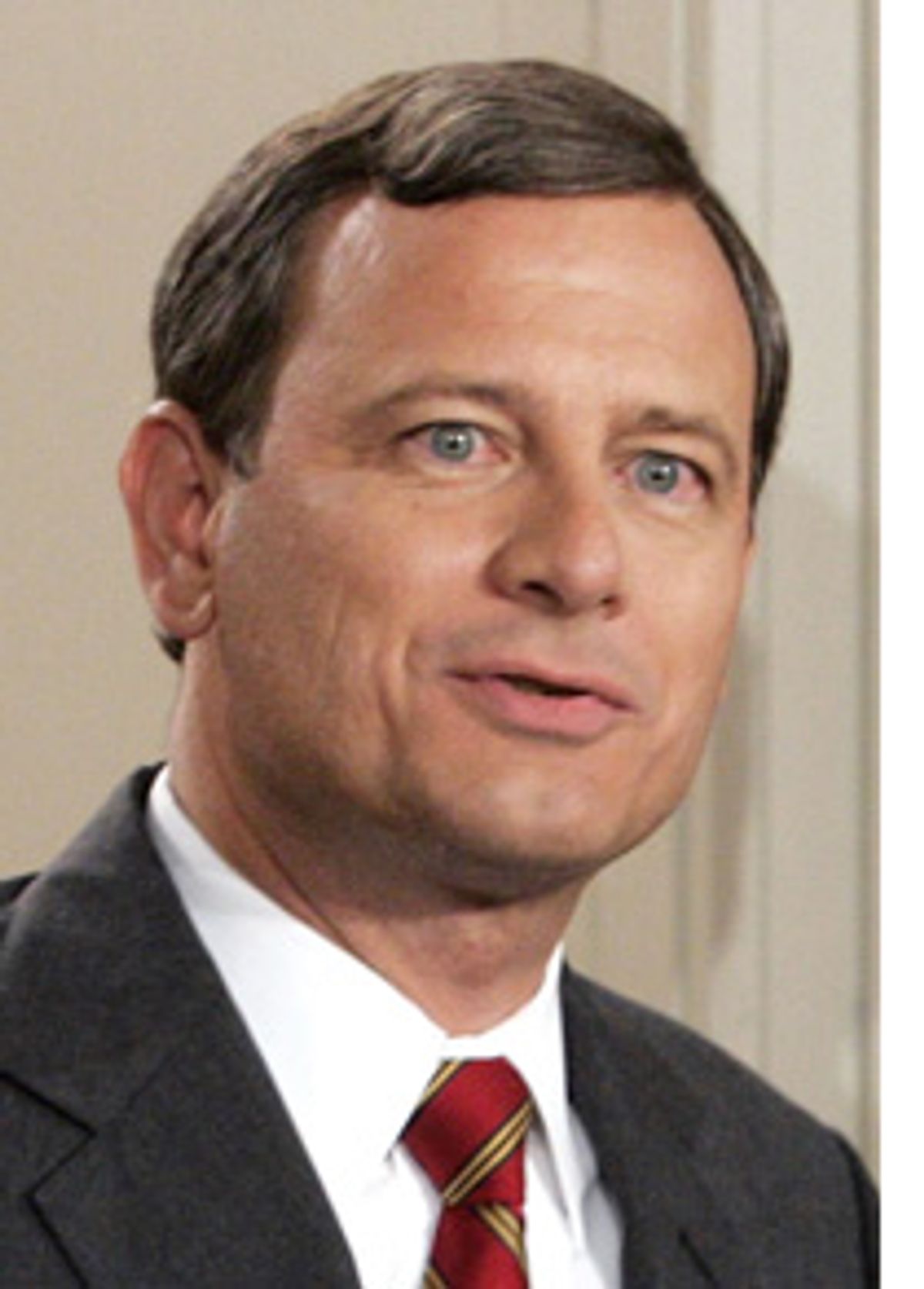 This is old-fashioned American elitism and we all believe in it. When you meet the surgeon who will open up your chest, you want his degree to be from a great and famous school, not from the Amigos College of Medicine, P.O. Box 45, Del Rio, Texas. You glance into the cockpit of the 757 and you don't want to see a clown with a big red nose in the left-hand seat. Harvard counts for a lot as well it should. Democrats are still aching from the disclosure that Our Man's grades at Yale were no better than Their Guy's grades at Yale. There we were, feasting off Mr. Bush's little grammatical slips, imagining Mr. Kerry to be a Philosopher King, and then the Kerry grades were released and we had to face facts. That put Democrats in a poor position to lash out at a summa graduate of Harvard.

Mr. Roberts has a good story. A boy grows up in Indiana, which is a disadvantage, but he overcomes it by hard work and clean, purposeful living. He learns how to excel without offending anybody, which is a great and rare art, and he ascends to the ivy-clad citadel of Harvard, and he rises through the ranks -- managing editor of the law review, Supreme Court clerk, job at the White House -- and he plows forward, and avoids the nastier side of politics. Aside from having played Peppermint Patty in a school musical when he was 16 and writing an appeals-court opinion upholding the arrest and handcuffing of a 12-year-old girl for having eaten a French fry on the Washington Metro, there appears to be no blot on his escutcheon. Political labels don't quite stick to him; friends of various stripes have only good things to say about him. He is cool.

So he will come up before the Senate Judiciary Committee and he'll be asked about Roe v. Wade and demonstrate his lawyerly skills of elegant persiflage and then off to the Court he goes. This is the civil course. You don't make the man retake his bar exam, you don't send gumshoes to rummage for evidence that he may have eaten lunch with Tom DeLay, you only torture him lightly in a dance of interrogation not so different from what any doctoral candidate goes through in grad school, and then you shake hands and wish him well. This is what Democrats will do. The president was civil and so it behooves the loyal opposition to be. There were worse nominees Mr. Bush might have sent up and he did not. So save your fire for another day.

There is of course a good chance that beneath this cool exterior is a cool interior and this thought gives conservatives acid reflux. Maybe Harvard got into the gentleman's head and he does not aspire to be a crusading knight and wreak vengeance on the forces of secularism. He was nominated because he doesn't give off a strong enough scent to get the dogs excited, but maybe he doesn't smell conservative because he is actually a moderate. Yikes. The truth is that every conservative has a liberal hopping around inside and vice-versa. None of us is purely one or the other. Life is messy and if you experience it close-up and not just from books, you're going to be inconsistent. A good mind confronts the essential facts and does not necessarily see what other minds see.