I hate the White Sox!

I know this emotion is corroding my soul, but that isn't a good enough reason to give it up. 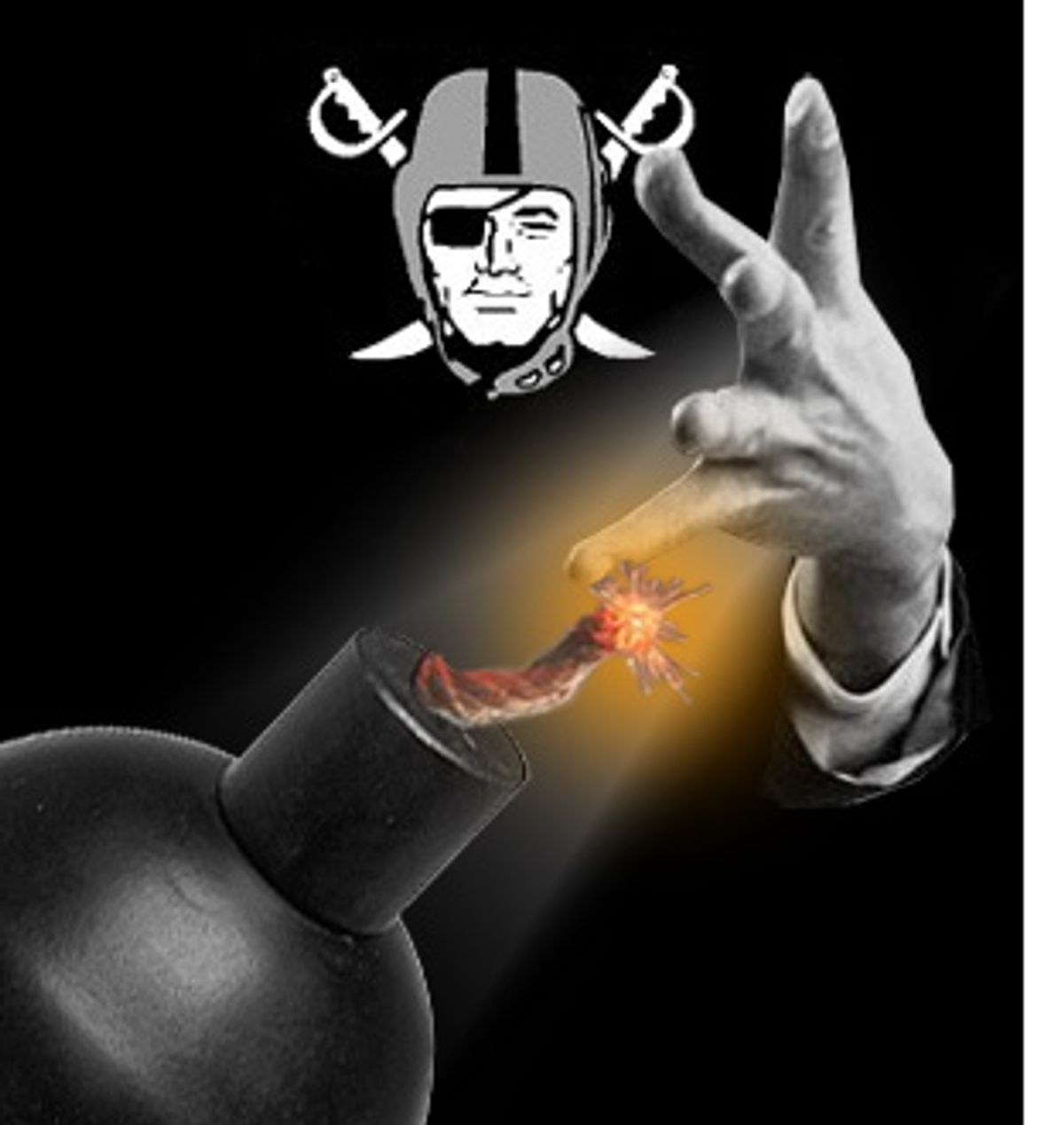 Hate is an ugly emotion. Hate is a burning black ball that lives inside of you, slowly growing until it consumes you and you become nothing but hate itself. Then you move to a secluded wood and live in a big gingerbread house where you try to lure lost children into your oven. Your skin turns green and you send nasty, smelly flying monkeys after innocent girls who are just trying to get back to Kansas. You make fur coats out of puppies. Yes, hate is bad. Hate leads to fear which leads to anger which leads to you getting your limbs severed by Ewan McGregor and the emperor turning you into Darth Stumpy.

I know all of this, and yet it must be said that I hate the Chicago White Sox.

I never intended for this to happen. It's just, see, I love the Minnesota Twins and the past few years all the White Sox have done is pop off about my team. Like in spring training 2002 when Ray Durham said that the Twins weren't worth worrying about. Or, mid-season, when Keith Foulke called us arrogant and Bob Howry said we were overrated. Or in '03, when Billy Koch claimed we'd only won the division the year before due to "baseball bounces" and a lack of "bad luck." Or at the end of last season when Mark Buehrle implied he was glad the Sox didn't win the division because they'd get to go home earlier and the Twins -- gasp -- had to play more baseball. I mean, well, the stuff they say, it's just mean. And being mean is bad.

Still, I never wanted to be a person who hates. I never thought I would be, and I've had to do a lot of soul-searching as a result. With a little bit of therapy, some medication and some religious counseling, I've been able to deal with these feelings that burn and seethe inside me, but it's been quite trying. Really, the only thing that's made it all bearable is that in each of the last three seasons my Twins have kicked the White Sox's bitchy little asses up, down and all over the town.

And I thought my cross was going to get even lighter this year. As we went into this season, baseball sages seemed to think the Sox were fading, and that the Twins' real competition would come from Travis Hafner, Crooked Cap Sabathia, and whoever the heck else they have on that team.

Well, then the season started and something unexpected happened. Something horrible.

At this moment, my Minnesota Twins are 15.5 games back in the American League Central, two and a half games behind second place Cleveland, and I must acknowledge that there is a very slight possibility that the Chicago White Sox will win the division this year.

To make it all worse, the White Sox have been really classy this year. There've been no rants in the paper about how the Metrodome is designed for cheating, how arrogant the players are, and how Torii Hunter's a big meanie. It's the first time in four years the Sox aren't babbling about how much better they are than us, which is somewhat ironic because it's the first time they actually are. Mark Buehrle has discovered he's a much better pitcher than trash-talker. Frank Thomas has been as sweet and docile as a kitten -- albeit a rather injury-prone one. Ozzie Guillen acts as if he might actually respect us. And what, pray tell, am I supposed to do with that?

Sometime just after the All-Star break in 2002, when the Twins were leading by 10 games, my husband and I were watching a White Sox broadcast and we heard Sox announcer and national menace Ken Harrelson say, "I don't want to take anything away from the Twins, but I really think the Sox are going to come back and win the division this year." And, well, I must admit: We did not turn to the television and nod solemnly and say, "Yes, Ken, it would be a hard road to plow, but with hard work and perseverance and just a little blessing from Lady Luck it is certainly doable." No, my friends, I'm afraid we laughed. We laughed hard. We repeated his comments to each other in a mocking tone over the next several days. Maybe even weeks. And now that my boys are in the same situation, I find myself in a rather uncomfortable position.

It's been a difficult time for me. I can't eat, can't sleep, can't focus on my work. My marriage is suffering. Even the smallest tasks seem impossible. Food has lost its taste, flowers their sweet smell, Lindsay Lohan her natural hair color, the Jude Law nanny story its Shakespearean resonance. I've begun to wonder if Karl Rove is truly always acting in the best interests of the nation, if Barry Bonds isn't the team player I thought he was -- and if, perhaps, just perhaps, Fox's All-Star Game coverage wasn't cynical and just a bit asinine.

In short, I am going through a process here, and it's going to take me some time to heal. Indeed, a look at Dr. Elisabeth Kubler-Ross' seminal work on the five stages of grief shows my experience is perfectly in line with that of anyone coping with tragedy:

The Sox will fade. They can't be this good forever. The bubble will burst. The exuberance will become rational. If we can just pick up a game a week. Just a game a week. Well, maybe, um, two games for a couple of weeks

Why would a just God allow such things to happen? Why is evil rewarded and goodness punished? Why would Torii Hunter get struck down in the prime of his youth while Bret Boone was allowed to remain in perfect health? Who replaced the regular bats with ass-bats? Why JC Romero, why?

If the Twins can sweep this five-game series against Detroit, I'll go to the game every Sunday. I'll be good from now on. I'll wear my Joe Mauer jersey all the time, even if it does give me a rash. I'll collect all the Twins medallions. I'll won't complain about what a horrific pile of steaming crap our stadium is. I'll never call Carl Pohlad a black-hearted tight-ass again. I'll

I can't believe we lost three out of five to Detroit.

Wait a minute, acceptance? Are you crazy? There's still two months of baseball left to play!

Anne Ursu is the author of the novels "Spilling Clarence" and "The Disapparation of James." Her next book is "The Shadow Thieves," a children's fantasy, which will be out in May 2006.