I never thought I could get worked up about home fragrance. Then I got a gift from Provence. 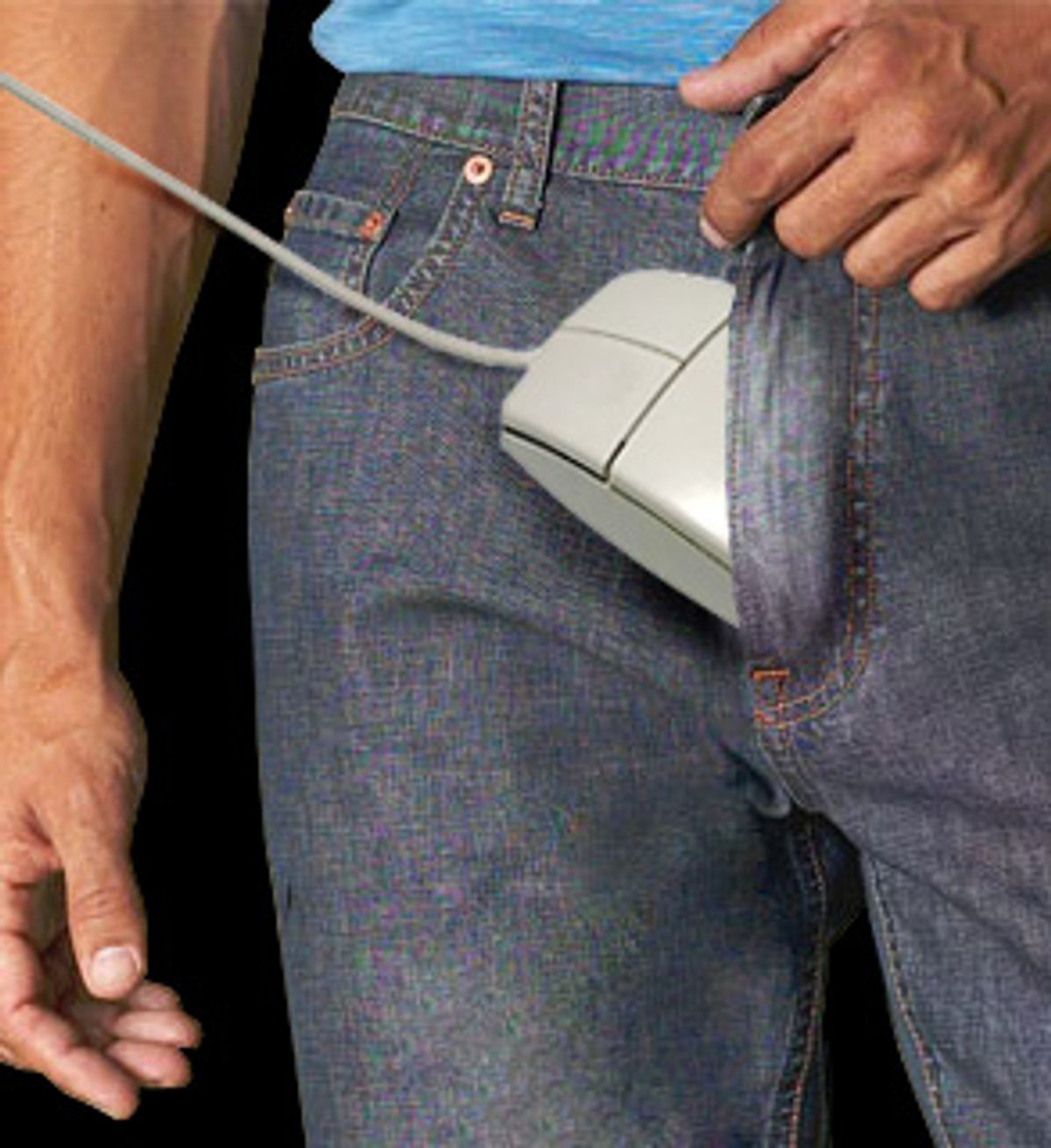 Sometimes object lust is quite literally just that: lust.

In my case, the object I desire is not something I own. It's not something I anticipate owning in the future. Worse, it's not even anything you might expect to inspire such unquenchable desire, like a yacht, or a personal full-time masseuse.

Here's how it started: Back in 2002, my friend Allison and I went to southern France on separate vacations. When she returned, she thoughtfully brought me a gift -- something she said made her think of Provence, where we'd so recently been frolicking.

When I opened the box, I found a set of objects that did not seem to go together. There was a glass bottle full of brownish liquid, a separate wooden screw-on top, and about a dozen slim wooden sticks. The label on the bottle read "Kérastase," a name I vaguely recognized as having something to do with personal hygiene. Was I supposed to clean out my ears using the sticks dipped in liquid? Was it some sort of hair-setting contraption? Was it perfume? And what was with the sticks?

Deciding that its contents were much too complicated for me to decode, I kept the box on a shelf in my closet for about six months, until I moved into a new apartment. Unpacking the obscure elixir, I fell back on one of my chief life rules: If I've bothered to haul it up and down a few flights of stairs, then I'm damn well going to figure out what it's for and why I own it.

I decided to translate the French instructions. Lo and behold, once I focused it took me all of 10 seconds to realize that what I was holding was air freshener, a bottle of domestic perfume whose screw-on top gets replaced by the wide-mouthed wooden one after you've opened it. The wooden sticks stand up in the bottle, like a bouquet of shish kebab skewers or overgrown toothpicks, while they absorb the oil from the bottle and release the smell into a room.

This was not one of life's necessities. But I'm big on things that smell nice, and not big on those spritzing things you plug into light sockets, or those weird white plastic domes I used to see stuck on the backs of toilets when I was a kid.

And this Kerastase stuff was delicious. Just as Allison promised, the smell of it brought me straight back to Provence. Or, to be honest, it reminded me of most any nice-smelling outdoor place that was not in the five boroughs. Subtle, gentle, it didn't overpower, didn't smell remotely synthetic or florid, and it didn't make my one-bedroom smell like a cat house, or a hospital. It just became the kind of apartment that I walked into and thought, It smells so good in here.

Then, after about a month, the oil evaporated through the sticks and I set about finding out how to replace it.

It did not exist.

In the United States, it turned out, Kérastase only makes hair products. I searched the Kérastase Web site and Sephora, Googled "wicks" and "sticks" and "home fragrance"; I even got my best-heeled friend to take me to the chichi and very pricey and very secret pharmacy on Manhattan's ritzy Upper East Side where they sell special better products that you can only get in Europe.

No Kérastase bottle and sticks.

I was honestly a little bereft. My apartment began to drift back to ordinariness. It didn't smell bad. It just didn't smell ... special. As a sort of sad shrine to what had been, I kept the dried-out bottle with its dried-out twigs sitting on the ledge where it had lived when it had been vibrant and had suffused my domestic space with its loveliness.

But I had pretty much given up on ever finding Kérastase happiness again when, sometime in 2003, I walked into one of the expensive boutiques in my neighborhood that sells things like stainless steel spice racks and mod cocktail shakers. As soon as I stepped over the threshold I smelled something familiar. It wasn't Kérastase, but it had the same wispy subtlety, the same buttery infusion of scent that you can't quite name.

And there they were, a rack of huge bottles -- double or triple the size of my piddling Kérastase -- each with spectacular masses of twigs sticking out of their tops.

It was called "Alora."

I rushed over, ecstatic, beside myself. There were several scents with Italian names. I immediately recognized "Due" as being closest to my late, beloved Kérastase. I grabbed one of the big boxes and rushed over to the cash register, completely forgetting the list of Christmas presents I was supposed to be buying.

I retracted the card. It wasn't possible. And I mean that quite literally. I didn't have $85. In my bank account.

I wonder sometimes, if I'd been flush on that day, what might have been. In the ecstasy of a quest fulfilled, it's possible I would have gone for it, and so begun an unshakable addiction.

But I was broke. And so I put the Alora box back. And walked, head down, out of the store. It's just not right, I thought. I still think it. Home fragrance shouldn't cost $85. And yes, it's true that to look at the issue more broadly might even force me to acknowledge that home fragrances -- carefully developed, chemically perfect home fragrances -- probably shouldn't even exist, given that we haven't yet found cures for a cold or cancer or AIDS.

But that doesn't mean I can stop thinking about it. Gone from my mind is Kérastase, replaced for now by Alora Due.

I troop into that boutique whenever I go by it. I mournfully lean in and smell Alora Due. Sometimes, I consider stealing just one of the sticks from the bottle, rubbing it all over my carpets and linens and then sneaking back in with it. No one would be hurt. I'd just be borrowing it.

Of course, the rule of thumb is that if you keep thinking about an extravagance for long enough, it means it's important for you to go out and treat yourself when you can. But somehow, whenever my small ships sail in and I find myself with an extra $85 to spend to treat myself right, air freshener never seems the right way to go. A good meal, a massage, a glance inside Marc Jacobs -- they all sound more reasonable than air freshener.

Since the day I first found it, Alora has become a bit ubiquitous. Just last week I noticed it in a Manhattan drugstore. It's $90 there. I keep thinking that maybe, as with DVD players and personal computers, the price will soon plummet. But it doesn't look as if it will. And so, while I do not own it, I can honestly say that I lust for Alora Due. I will think of it always.

Object Lust subjects are chosen solely on the discretion -- and unabashed enthusiasm -- of the writer. No product manufacturers are paying for this feature.