Mind your own kids

Sanctimonious parents, who preach "breast is best" and tell you that sleep training is cruel and unusual punishment, should keep their ideology to themselves. 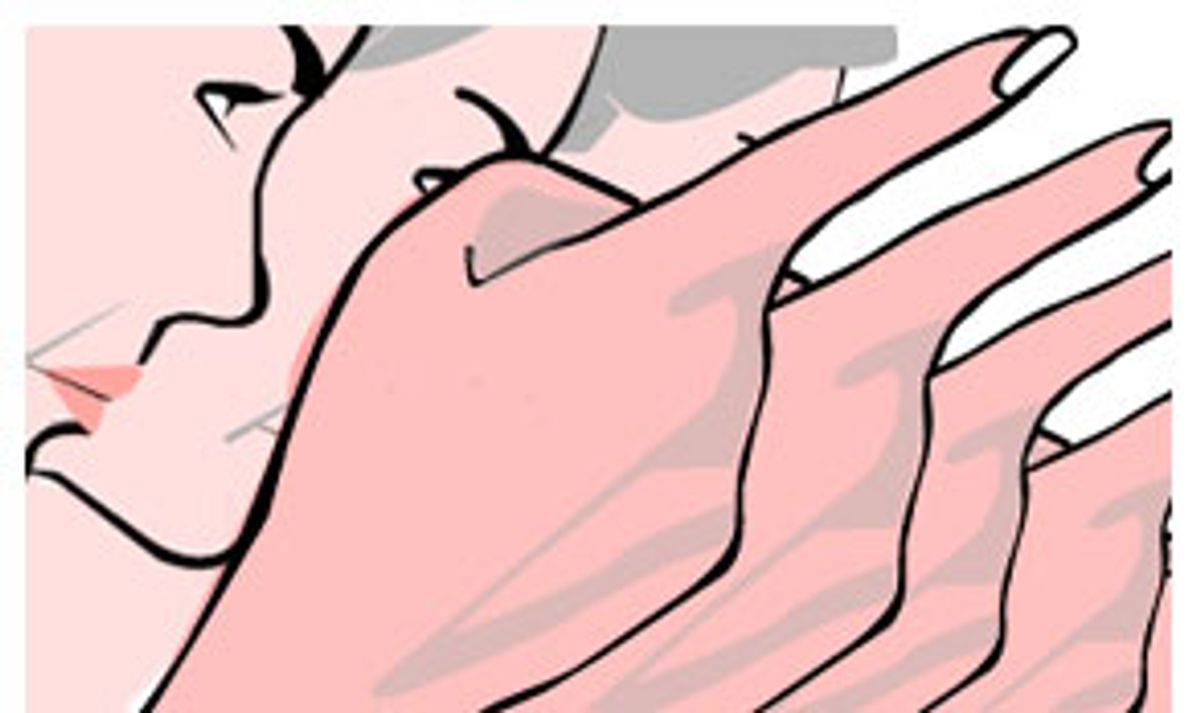 Once when my son Abraham was 6 weeks old I was standing in line at my local bakery. I had him in a sling and I was feeding him. The sling's fabric was twisted and my hair was caught in the knot, but the baby had finally taken his bottle and I was loath to adjust anything for fear of disturbing our tenuous peace. I rocked a bit on my heels. The baby paused in his sucking, and I held my breath. Suddenly, a voice behind me said, "You know, breast is best." I turned. The speaker, a woman a few years older than me, smiled pleasantly.

Now, the correct response to that comment might have been a stern rejoinder to mind her own business. It might even have included a series of expletives. Instead, what I did was burst into tears and launch into a long explanation about how the milk in the bottle was my own, pumped at 4 in the morning while everyone else in the house was asleep. I had in fact been pumping breast milk for Abraham every two hours, I told this stranger, because my son was born with a palate abnormality that made it difficult for him to suck properly from the breast. I had weathered plugged ducts and breast infections; the milk in that very bottle was colored a faint shade of purple, from the gentian violet I'd been applying to treat a brutal case of thrush. To establish my breast-feeding bona fides I even told her how especially traumatizing my failure to feed this baby was, given that I'd successfully nursed three children, one for nearly three years.

She gave me absolution. I was doing great, she said. Keep it up. Because, you know, breast really is best.

I'm sure that there are women who circumcise their sons, use disposable diapers and feed their infants formula who are smug, snarky and unpleasant. But there seems to be a particular brand of sanctimony practiced by those who choose to exclusively breast-feed, use a family bed, and wear their babies in slings -- choices generally associated with attachment parenting. Of course, the majority of devotees of Dr. Sears are marvelous, generous people whose sole interest lies in doing the best they can to raise contented, secure children. But why are there so many others who are so very self-righteous?

The 12,000-member Berkeley Parents Network is an online community founded and directed by a woman named Ginger Ogle. The advice posts are some of the site's most popular -- hundreds of people post every month seeking guidance on everything from potty training to how to deal with a philandering spouse. There are hot-button issues on the message board -- moderators are warned that discussions of breast-feeding, co-sleeping, immunizations, spanking, stay-at-home moms, circumcision and television have a history of generating "emotional responses." One issue in particular seems to draw out people's ire. In September 2003, in response to a desperate mother's plea for advice on how to sleep-train her wakeful baby, an anonymous poster referred to all non-Sears-sanctioned mothering styles as "Abandonment Parenting." Here was a mother driven to distraction by the fact that her baby had not allowed her more than a couple of hours of sleep in months, and her attempt to seek succor and support was greeted with an accusation of child neglect.

In a letter to subscribers, Ginger responded, "[W]e seem to have an ongoing problem on the newsletters with some of our attachment-parenting subscribers making the assumption that the rest of us have missed the boat and need to be instructed on the proper techniques of parenting ... for whatever reason, it is not a problem we have on the newsletters with those who hold other views -- just the attachment-parenting people." Things were quieter for a bit after Ginger's note, but soon enough the scolding resumed.

A blogger named Julie, who publishes A Little Pregnant, about her struggles with infertility and the premature birth of her son, received a similar tongue-lashing when she posted about how her pediatrician had recommended a mild sleep-training regimen that included allowing the baby to cry for a short period. One reader told her that her son "feels abandoned and his primal instincts kick in for self-preservation (I'm alone in the world, I must conserve energy or die)." "On message boards I got called everything from negligent to monstrous," Julie told me. "I was accused of everything from lying about his neonatologist's advice to not loving the child I'd worked so hard to have." (I feel Julie's pain. I run afoul of the mama-Web-scolds every couple of weeks, at least as often as this column runs.)

When I asked Ginger Ogle why she thinks attachment-parenting adherents in particular can be so strident, she said she thinks it's because this kind of parenting is a belief system, nearly a religion. "Some of these parents sincerely believe in attachment parenting, homeopathy, cloth diapers, breast-feeding, baby wearing, not vaccinating, etc., in exactly the same way that Southern Baptists sincerely believe in the death penalty, a strong military, the right to life, heterosexuality, and the Bible as the Word of God," Ogle said. While many baby wearers surely care little about what anyone else is doing, it is inarguable that certitude generally does not tolerate dissent. It responds to it with fury. Those of us whose parenting style can be described as "a series of reflexes, instincts, and minute-by-minute adjustments," as Julie of A Little Pregnant puts it, rather than as a philosophy, are less invested in our own practices. What we do is often less a matter of conviction than one of convenience. What we need to remember is that there is no need to apologize for that, even in the face of the most red-faced outrage.

It's also important to acknowledge that the impulse to tsk, tsk has probably been indulged, at one time or another, by all parents. I remember grocery shopping once, not long after my oldest child had been diagnosed with mercury poisoning. When I saw a pregnant woman tossing a few cans of canned tuna into her cart, I barreled over to her and launched into a diatribe during which the words "You really shouldn't" were repeated more than once. It was only when I finally noticed that she was sidling away down the aisle that it dawned on me that, whatever my intentions, whatever the truth of my claim, I had no business giving a lecture to a total stranger.

What is it about parenting that allows us to indulge our inner scold? Normally most of us don't feel particularly threatened about the choices other people make. You live in a split-level ranch, I live in a Craftsman bungalow. I might like my house more than yours -- I might even tell a friend I think your house is ugly -- but I'd never stop you on the street and tell you to do something about your aluminum siding. Sure each issue (even architecture) has its fanatics, but parenting seems to have more, and they're more vocal than most. Perhaps it's because there is so much at stake. Another parent's different approach raises the possibility that you've made a mistake with your child. We simply can't tolerate that because we fear that any mistake, no matter how minor, could have devastating consequences. So we proclaim the superiority of our own choices. We've lost sight of the fact that people have preferences.

As a parent, the only thing I am absolutely certain of is my own fallibility. I used disposable diapers because it's easier. I circumcised my sons because we're Jewish (though I cried wretchedly through the entire ceremony). I breast-fed my babies for as long as they would agree to it. I sleep-trained two of my children, Ferberizing one and Weissbluth-izing another. Abraham still sleeps in our bed sometimes, even though I'd much rather he'd sleep in his crib. I feed my kids organic food and milk, but I've also been known to buy the odd Lunchable. My kids are not allowed to watch TV during the week, but on weekends even the 2-year-old veges out to "The Simpsons."

There is little I do as a mother that can't be criticized, not least by myself. Parenting is incredibly hard work, even without having to look over your shoulder to make sure you're doing it the way the neighbors (actual and cyber) think you should. Let's all commit ourselves to the basic civility of minding our own business. Failing that, let's just go back to a time when we were nasty and judgmental, but only behind one another's backs. Enough of the complacent confrontation. Enough of the scolding.