Give your fish a lift

How to get from the pan to the plate without a breakdown. 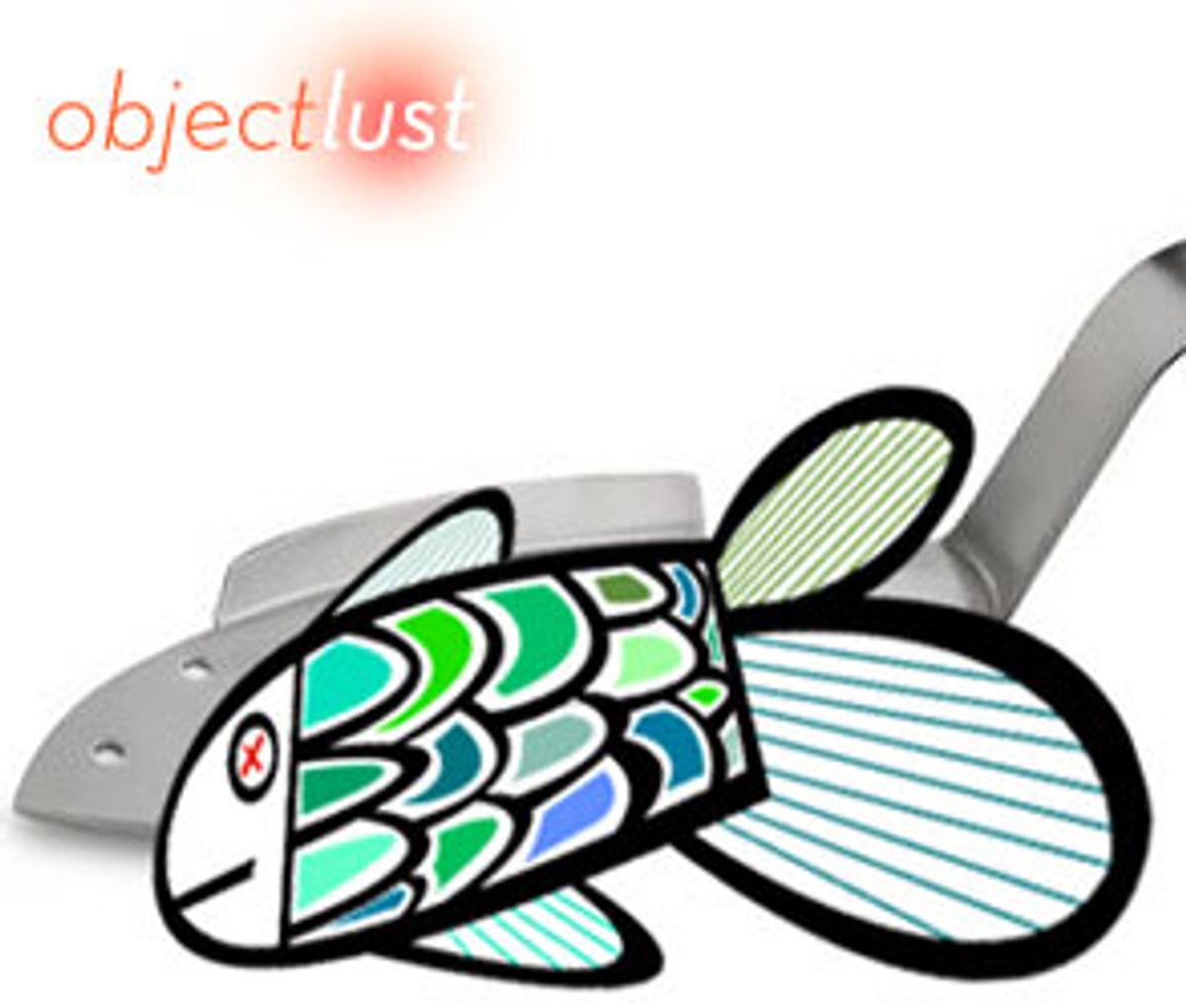 Some tools are beautiful because they do many things. Other tools are beautiful because they do practically nothing. The Piazza fish lifter, for instance, does one thing: It lifts fish. Yet it lifts fish so well that it is almost worth the $20 spent at Williams-Sonoma in what some would call a coolly informed purchase and others a weak moment of grand lunatic extravagance. Among the all-purpose wooden spoons, spatulas, tongs and forks in our ceramic utensil holder, our Piazza fish lifter now stands with singular, focused intensity. Though crooked and strange looking -- some might say it looks like something found in a shoemaker's shop -- it stands tall, a specialist among the generalists.

Not to be confused with the much larger contrivance known as a fish lift, nor with the "fish lifter" from Chantal, which is nothing more than a very wide spatula, the fish lifter by Piazza, made of 18/10 stainless steel and available from Williams-Sonoma, has two ingenious features not readily apparent in its rather baffling form. These features are its raised side, and its raised and bent handle, whose utility becomes apparent only when one is sauteeing a filet of sole and wishes to turn it without breaking it.

The thing about lifting and turning a delicate piece of fish is that you can't pick it up with tongs like a steak nor flip it like a burger. You can, of course, use two spatulas, one on top of the other, to grasp it, but that is a rather baroque maneuver requiring not only two roughly identical spatulas but the dexterity to clamp a piece of fish between them.

Plus it is beautiful. There's nothing like the soft sheen of extra nickel in that 18/10 stainless steel to set one's mind serenely contemplating the nature of pure beauty. (Precious few alloys give such unalloyed pleasure.) While one cannot escape the feeling that buying a $20 tool simply to perform one task in the kitchen smacks of extravagance, the exaltation of having exactly the right tool for the job is not to be underrated.