In this quasi-memoir-turned-ghost story from the notorious '80s Brat Packer, a character named Bret Easton Ellis tries to outlive his life of excess. 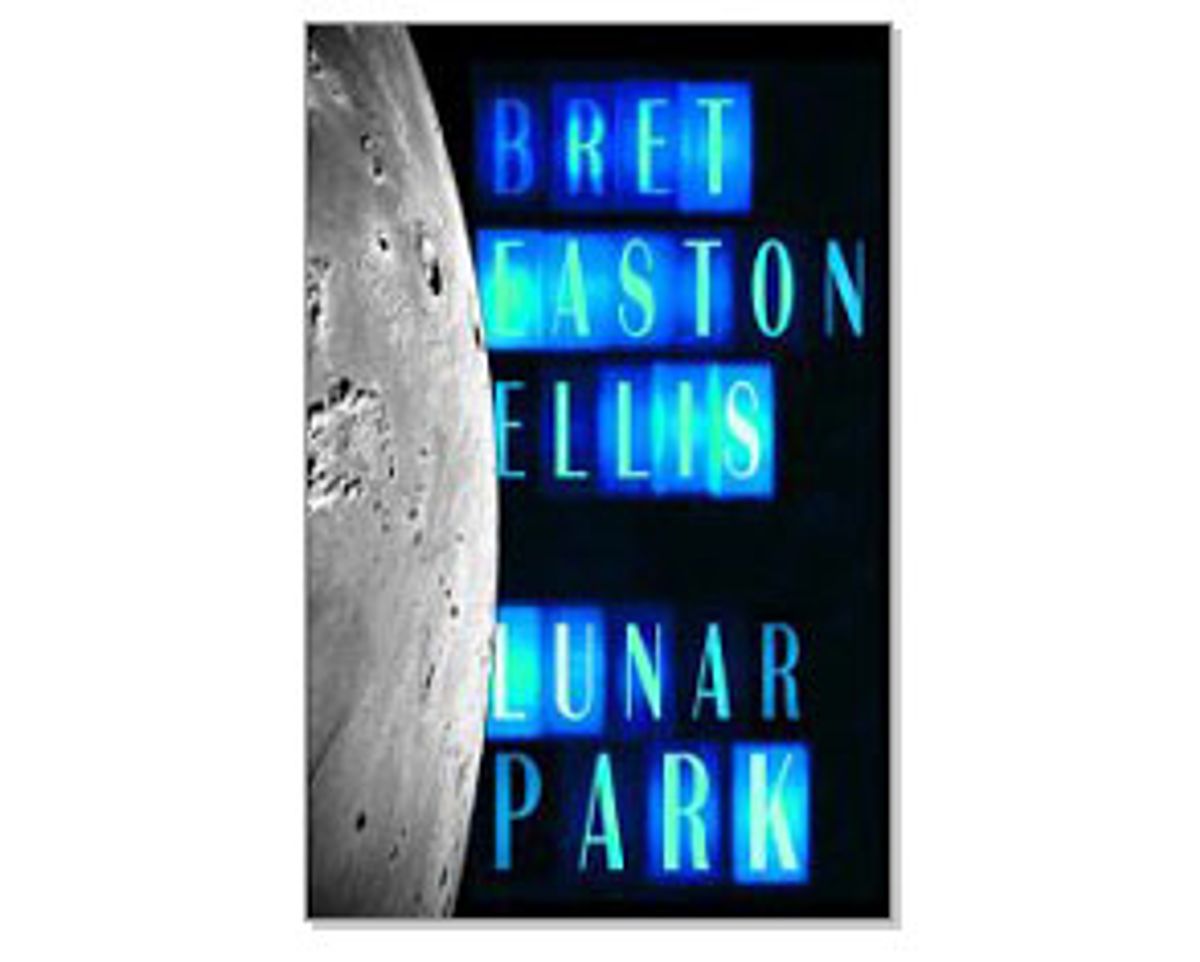 The core readership for literary fiction in America is notoriously small -- some observers estimate as few as 25,000 souls. For a book to become a bestseller, it's got to appeal to people outside this group, but any novelist who wants to build a lasting career needs to hold on to the core readers' loyalty, too. Unfortunately, the two tasks are often mutually exclusive. Exhibit A: Bret Easton Ellis.

The literary world will never forgive Ellis for being at the center of a brief incursion of celebrity culture into its midst during the 1980s. He, along with fellow Brat Packers Jay McInerney and Tama Janowitz, got the kind of attention that aspiring writers hate to see given to anyone but themselves: magazine profiles, photo shoots, even an MTV-style video or two. Book people prefer to believe that they inhabit a sanctum of higher values, a place sheltered from the venal, superficial preoccupations of the mass media. To use that media to sell books to the uninitiated portion of the general public is considered unpardonable, at least in anyone claiming to be a "serious" novelist.

It didn't help that in addition to being spotted in Manhattan nightclubs rubbing shoulders with supermodels, Ellis wrote what he saw as satires of the nation's slickest, hippest elites: bored, rich, amoral teenagers ("Less Than Zero"); a homicidal, Armani-wearing Wall Street hotshot ("American Psycho"); downtown scene makers ("Glamorama"), etc. That was enough for many literati; you didn't even need to read Ellis' books to know that they were vile, preening and shallow. (There's a pretty irony here: A writer isn't supposed to use the pop press to sell a book, but it's OK for a reader to use it to judge the book.)

Ellis' latest novel, "Lunar Park," is about the Bret Easton Ellis you think you know. The first chapter is a breakneck cavalcade of coke-fueled parties, network TV interviews, casual sex, scandals, free-flowing Cristal, whopping paychecks, movie stars, stuporous book tours and a wrecked Ferrari in the Hamptons. The first-person narrator relating these exploits is named Bret Easton Ellis, and he shares some biographical details with the real Ellis. Others, such as a well-publicized liaison with a starlet named Jayne Dennis and the son produced by it, are fabricated.

It's tempting to view this part of "Lunar Park" as a self-lacerating confessional memoir lightly disguised as fiction. But wouldn't that be a little too easy? In fact, some ostensibly authentic aspects of Ellis' life -- the degree of his success, for example, especially with his more recent books -- are exaggerated in the fictional version. As for others, well, only Ellis himself knows how messed up he got in his late 20s and early 30s, but an educated guess suggests that things never reached the Brobdingnagian, Robert Downey Jr.-esque depths of debauchery depicted here. By the time "Ellis" starts talking about his plans for a novel titled "Teenage Pussy," it's obvious that this is a parody, not of Ellis himself, really, but of our own cheesily sensational image of him and his life.

This gambit is ingenious and hilarious, but not quite enough to hang a novel on (or maybe it is; I'd like to see Ellis try it). By the time "Ellis" moves to the suburbs and tries to make a go of regular fatherhood with Jayne, "Lunar Park" takes an abrupt turn and becomes a Stephen King novel. A pretty good one, too, less cosmic than King is wont to play it these days, but full of that sense of quotidian life slowly invaded by supernatural menace that is the horror master's specialty.

Then again, like all classic ghost stories (and no Stephen King novels), "Lunar Park" could merely chart the disintegration of a psyche. For all the grisly paraphernalia -- an evil toy, gory murders, ominous shapes moving in the woods out back, bizarre apparitions -- the novel is rather Jamesian; it's hard to tell if all this is really happening or just a figment of "Ellis'" drug-addled mind. He's haunted, all right, apparently both by his father and by Patrick Bateman, the serial killer character Ellis created in "American Psycho," but his father is dead and Bateman is his own invention. Then there are the disappearing local boys, about which "Ellis'" own alienated son seems to know too much. The supernatural manifestations of mental states keep proliferating until it's hard to keep track of all of them.

Ultimately, "Lunar Park" is about fraught father-son relationships, the emotional detachment practiced by writers ("Ellis" starts to split under the stress into two voices: the terrified "I" and a cold-blooded spectator called "the writer"), the difficulty of growing up and settling down, and so on. These may all be valid themes, but none are quite so fascinating as the intimations we get of the strange relationship between Bret Easton Ellis the man and "Bret Easton Ellis" the celebrity, a cartoonish alter ego he allows to run amok in "Lunar Park," and whose validity is indirectly undermined but never entirely repudiated. The novel's epigraph, from Thomas McGuane ("The occupational hazard of making a spectacle of yourself, over the long haul, is that at some point you buy a ticket"), tells a lot of the story. Whoever is haunting "Bret Easton Ellis" the character, it's the character who's haunting Bret Easton Ellis the writer. That's the ghost story that makes "Lunar Park" so extraordinary.