From the author of "The Kiss," a gripping, unsettling story about a middle-aged psychoanalyst's emotional and sexual adventures. 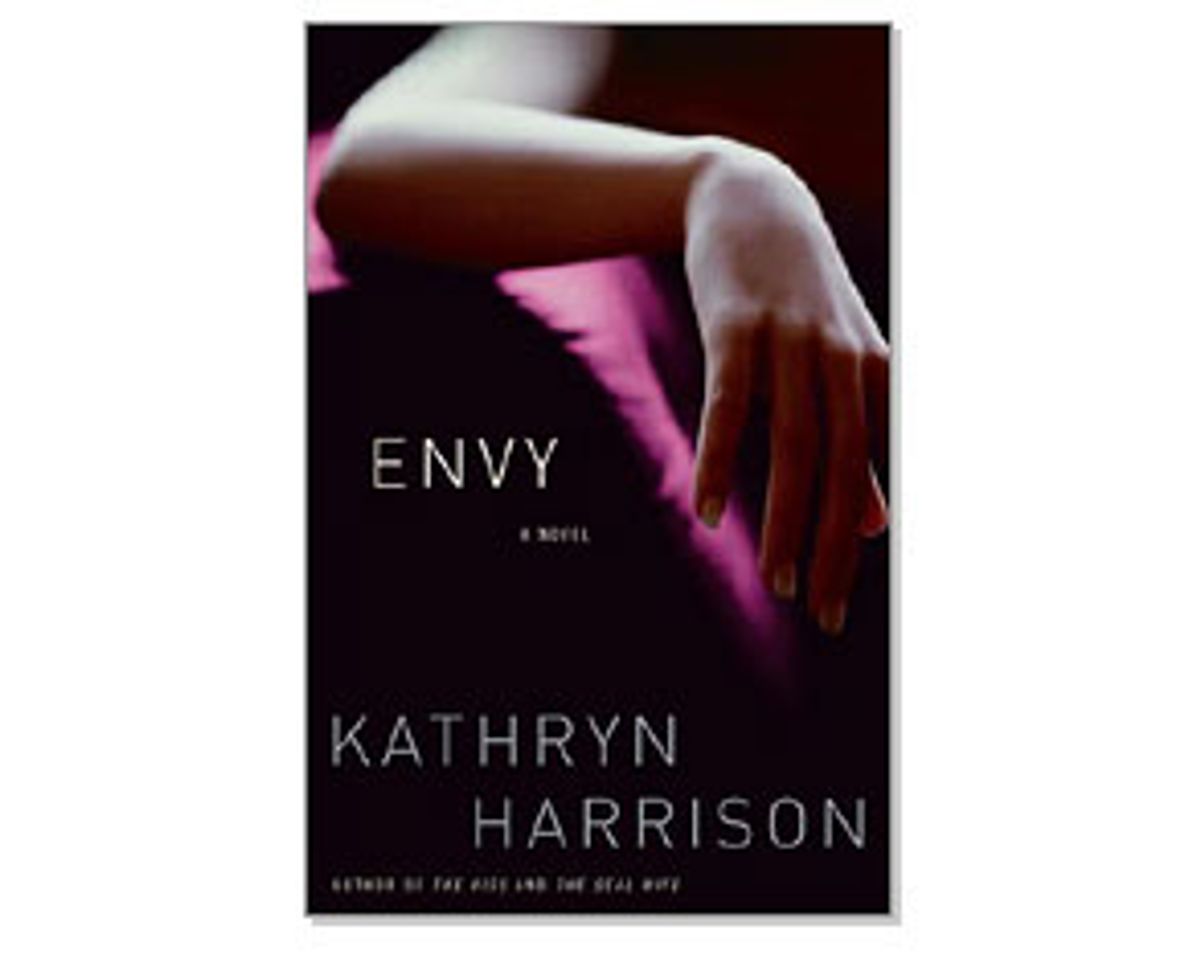 For at least the first half of Kathryn Harrison's new novel, "Envy," you might find yourself wondering about the title. So many other words seem more apt: "Desperation," maybe. Or even "Perversion." But then certain facts are revealed -- and it makes perfect sense.

Listen, I won't lie to you. There's something deeply discomfiting about this story of a New York psychoanalyst, Will Moreland, coping with the death of his eldest child, the stagnation of his marriage, his long estrangement from his own twin brother and the breakup of his parents' decades-long bond. After a chance encounter with an old girlfriend at his 25-year college reunion, a woman whose 24-year-old daughter may or may not be his, Will begins to unravel a few knotty, long-hidden truths about himself and the people closest to him.

At the risk of giving too much away about this tightly wound story, which unspools in somewhat unexpected ways, I'll say that Harrison sticks fairly close to familiar terrain, in terms of subject matter and setting. (Her protagonist lives in Brooklyn's Park Slope, a brownstone community that happens to be not only Harrison's home turf, but mine too.) But her familiarity allows her to conjure the sorts of details that snap her story into sharp focus. Her characters live in houses with real addresses, walk real streets and eat in restaurants with names -- and menus -- that many New Yorkers will recognize.

And Harrison doesn't shy away from recounting minute details even in the novel's explicit sex scenes -- right down to the Astroglide -- rendering them unusually potent, repellent and compelling at the same time. For instance:

"'Check this out,' she says. Before he can protest she has a finger in his asshole, all the way in. 'Hey, relax will you? This'll be good. I know how to make this feel good.'

Will closes his eyes. The only other finger that's ever been up there is the internist's, a quick rubber-glove (and, yes, K-Y) check of his prostate, neither man looking at each other and neither, he's quite sure, with an erection. But with her space-age product she's doing some kind of inside-out hand job -- finger job, he guesses he'd have to call it -- and it's ... it is good. It's really, really good."

As this passage shows, Harrison has a knack for balancing the external and the internal. And though Will's endless musing about his life -- his losses, his dashed dreams, his recurring fantasies, and what it all means (he is a therapist, you know) -- weighs down the story a bit at first, a key encounter sets off a chain of events that loops together much of Will's seemingly disconnected swirl of thoughts and feelings and yanks us along to the story's satisfying payoff. Once she gets moving, Harrison cruises, revealing secrets and hidden motives at a rapid, reader-pleasing clip.

For all of Will's -- and Harrison's -- psychobabble, the emotional truths of this story ultimately prove surprisingly simple. But the author clearly intends for her characters and their conflicts to work on a symbolic as well as a literal level: Is Will's twin brother -- a disfigured version of himself, a famous long-distance swimmer who is most alive in the water, a shadowy figure who has slipped out of his brother's life but whose face haunts him from the covers of magazines -- his id personified? Must Will confront and accept his imperfections -- and those of his wife and marriage -- as well as his capacity to transgress in order to become a complete version of himself?

Some of the novel's more unsettling moments will stick with you far longer than you might like. And the graphic sex scenes may leave you with the urge to jump right into the shower and hose down. But would you expect anything else from the woman who memorably -- and controversially -- brought the world "The Kiss," a memoir about Harrison's incestuous adult relationship with her long-estranged father?

Harrison's struggle with thinkier themes raises the book above the level of sticky erotica. She knows how to flatter her readers' intelligence as well as their prurience; how to tease them along until she's ready for her story to climax. And she knows how to satisfy. That, at the very least, is something truly worthy of envy.