This loony black comedy about an ambitious store clerk will take you for a joyride. 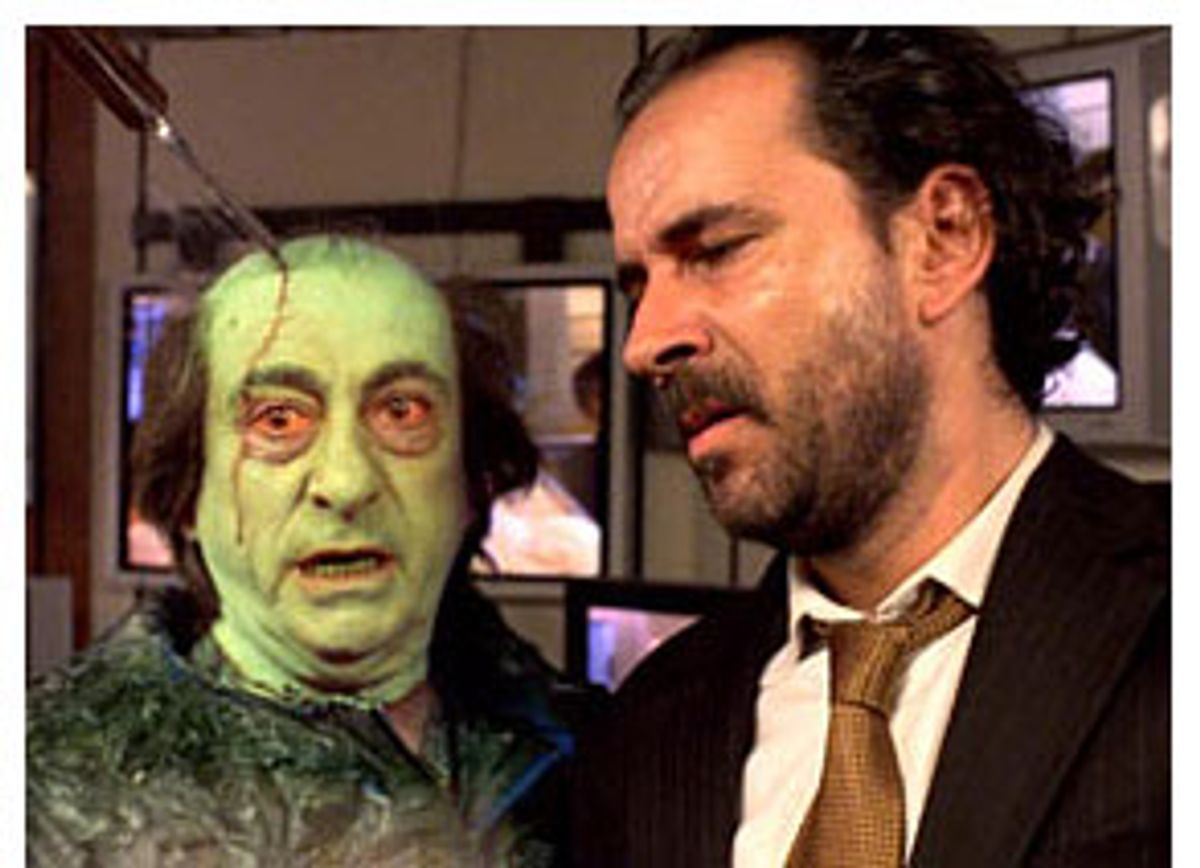 There's a crazy lilt to Álex de la Iglesia's "El Crimen Perfecto," a cheerful little black comedy about sex, murder and the challenges and frustrations of working in retail. The picture is so confident in its lunacy that some of the funniest gags might not even make you laugh that much -- you become so attuned to the movie's cocked-eyebrow universe that you're not really sure what's normal anymore. When an 8-year-old girl announces at the family dinner table that she's pregnant (after having been raped, she claims, by her gym teacher), it takes a beat or two for the joke to hit you. There are lots of moments like that in "El Crimen Perfecto"; as both a director and a writer (he co-wrote the script, with Jorge Guerricaechevarría), Iglesias has a fondness for irregular, wobbly comic rhythms. But that's all part of the fun, and part of what gives the picture its elegant nuttiness.

The movie's protagonist is a charismatic rake named Rafael (Guillermo Toledo), a sharp dresser with meticulously trimmed facial hair who works in the ladies department of a big retail store. It's a job that suits him perfectly, providing him with an endless supply of gorgeous co-workers to sleep with, but his obsession with the store goes even further than that: It's his perfect fantasy world, a world where everything can be borrowed for a night (if not bought, at least not on a clerk's salary). In his ever-escalating justification of his obsession with the store, he also claims that his mother went into labor in the women's handbag department. Suffice to say that Rafael is nuts about his job, but he wants something more from it: His big ambition is to beat out a rug-wearing nuisance from the next department over, Don Antonio (Luis Varela), for the job of floor manager, which, in the movie's universe, is the equivalent of being crowned retail royalty.

When Rafael has to pay a visit to the store basement and spots a not-so-big furnace with an open, fiery mouth, you know someone's going to get hurt. And just as the complications begin to pile up, Rafael receives an anonymous card: On the front is a scary clown face with the words "Our love is eternal" emblazoned below.

The pleasure of "El Crimen Perfecto" -- its Spanish title is the much wittier, jazzier "Crimen Ferpecto" -- comes from watching the unflappable Rafael stumble and flail as his perfect little world crumbles. Toledo is an insouciant, unassuming comic lead. When he's seduced, practically kicking and screaming all the way, by a homely, devious co-worker named Lourdes (the fabulously expressive Mónica Cervera), the weary, resigned look on his face may as well be a sign that reads "All shagged out." As his travails mount, the movie becomes loopier: We feel his pain, but that sure isn't going to stop us from laughing at it.

The plot of "El Crimen Perfecto" falls apart in the last third or so -- Iglesias just doesn't seem to know how to wrap it all up -- but by that point, your equilibrium is so off that it doesn't much matter. I've seen only one other movie by Iglesias, 1995's "The Day of the Beast" ("El día de la bestia"), in which a priest gets wind of the impending birth of the anti-Christ and heads out to exterminate the baby. That movie had the same kind of loony streak this one does; watching it, I had the same feeling of being driven around in circles by a very accomplished, but mad, stunt driver. Iglesias may not have complete control over his plots, but even so, he knows what he's doing. "El Crimen Perfecto" is a joyride that leaves you feeling drunk and dizzy and swearing that you haven't touched a drop.