For those who couldn't quite grasp the novel, Liev Schreiber's film version finally illuminates what the fuss was all about. 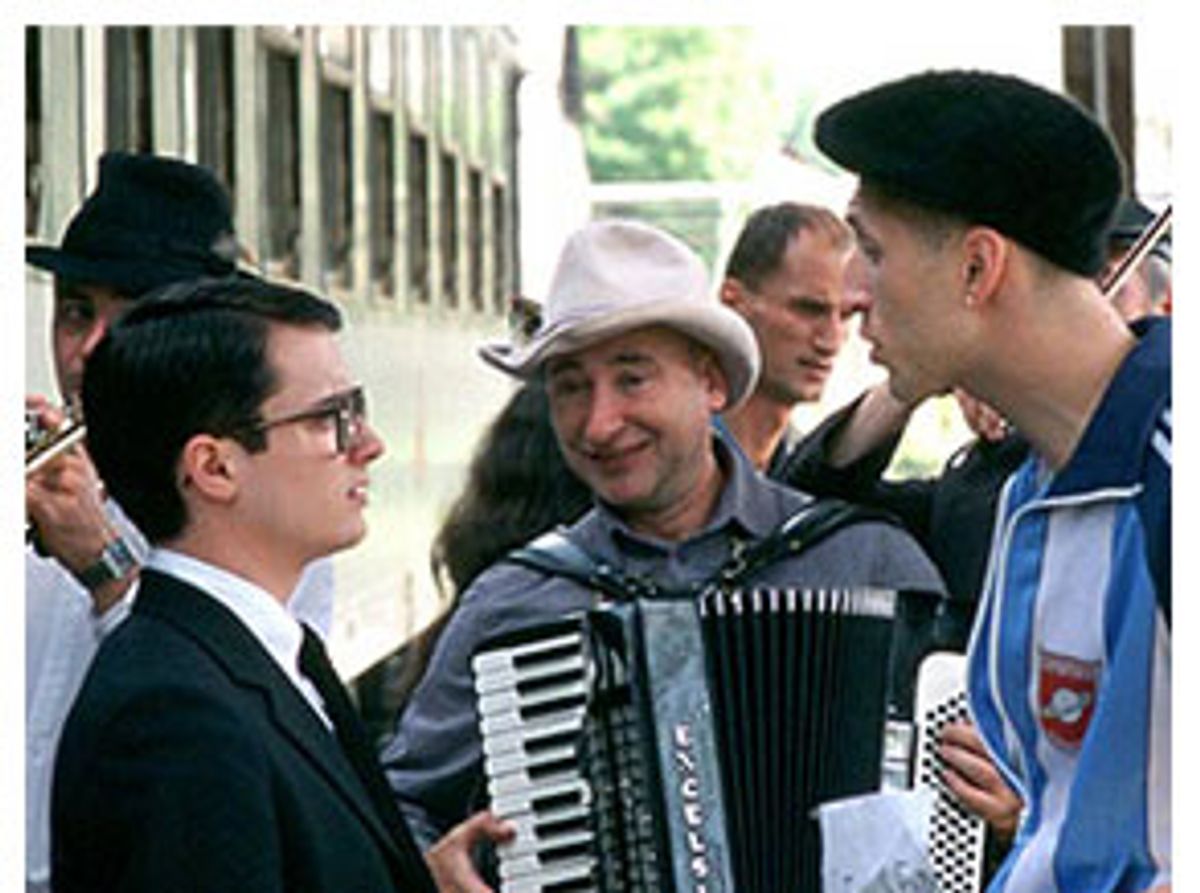 In the books-vs.-movies debate, we all have strong feelings about how well (or how poorly) the novels we care about translate to the screen. But what about the novels we don't have any feelings for at all -- the books that we attempted, in good faith, to trudge through because they'd been recommended by a friend or gotten good reviews?

Jonathan Safran Foer's "Everything Is Illuminated" was jubilantly celebrated when it was published in 2001, in reviews laden with words like rich and deeply moving. Apparently, being deeply moved is the reward for wading through pages of the sort of prose whose wordy digressions and repetitiveness are part of its style (and part of its challenge).

I attempted to read "Everything Is Illuminated," very much wanting to get to the stuff that had so deeply moved so many people. I wanted to catch that mechanical rabbit. It eluded my grasp, but at least Liev Schreiber, in his film version of the book, ultimately -- after a number of false starts and hiccups -- manages to grab it by the ears.

Which is to say that I still think the book is a stinker. But the material apparently means a great deal to Schreiber, who makes his directorial debut here. Through the first two-thirds of the picture, Schreiber is too respectful of the self-conscious self-absorption of Foer's style. But by the last third, he's able to move past it and on to something more vital. "Everything Is Illuminated" is about, among other things, the human need to have some sense of who our forebears were, and to make some connection between who they were and who we are. It's simpler to write that in words than it is to put it on-screen in a way that isn't trite or tired, and unfortunately, "Everything Is Illuminated" snaps to life too late. But at least there is life in it. It doesn't hold together as a piece of filmmaking, but there's no doubt it comes from somewhere close to Schreiber's heart.

Instead of attempting to adapt Foer's sprawl of a novel in its entirety, Schreiber (who also wrote the screenplay) focuses on the portion that appeared in the New Yorker before the book's publication. He cooks the story down to its essence, with a minimum of frills and curlicues. Elijah Wood plays a character who goes by the name Jonathan Safran Foer, an eccentric Brooklynite who collects bits and pieces of his family's past -- everything from photographs to scraps of cloth -- which he places in individual baggies and tacks to his wall. At first we don't know for sure why he has cultivated this curious habit, but we can guess: He's afraid, as he reveals later in the movie, that he'll "forget."

Jonathan has become obsessed with something he has just learned about his late grandfather, Safran: A mysterious woman helped Safran escape Ukraine in the early 1940s -- if it weren't for her, he'd have been killed when the Nazis wiped out the small town he lived in. So Jonathan, intent on finding the woman, books a trip to Odessa with a two-bit outfit called Heritage Touring, which specializes in putting together trips for rich American Jews intent on unlocking secrets of their families' past. Upon his arrival in Odessa -- wearing a stiff dark suit, brown shoes and enormous spectacles -- Jonathan is met by the young man who is to be his translator and guide, Alex (Eugene Hutz), a young Eastern European would-be hipster who favors Adidas track pants, gold chains and Kangol caps, who confesses to being very fond of "the Negro" (especially Michael Jackson), and who mangles the English language freely and often. Sample sentence: "I want you to forgive my speaking of English, Johnfen. I am not so premium with it."

Along for the ride is Alex's grandfather (Boris Leskin), who claims to be blind but who's nonetheless entrusted with driving Alex and Jonathan from Odessa to the obscure location Jonathan is looking for. (Also along for the ride is Sammy Davis Jr. Jr., an alert, high-strung black and white dog who wears a white T-shirt with leg holes cut into it, proclaiming her "Officious Seeing Eye Bitch.")

If that all sounds rather unbearably whimsical, it is -- and Schreiber leaves the whimsy faucet dripping for far too long. Much of "Everything Is Illuminated" is tediously coy. Schreiber overuses some particularly annoying Eastern European oompah music to signal us to the allegedly hilarious absurdity of certain narrative twists, not trusting us to find the humor in this story without musical signposts. He chooses his details carefully but too obsessively: Not once but twice he shows us an old woman's false teeth soaking in a glass of water, in case we didn't happen to lock onto the poignancy of the image the first time.

But just when you're about to give up on the notion of having anything illuminated, Schreiber finds some momentum in the story and -- finally -- a few crucial elements click into place. Certain characters reveal dark secrets, and Jonathan meets a woman who honors the lives of the townspeople who were so brutally slaughtered. In some ways, she's his perfect counterpart: She needs to keep the past breathing, just as Jonathan does. She's a symbolic character, but, unlike Jonathan, at least she's not a construct.

In the end, it's easier to feel something for every character here except Jonathan: He's a dully opaque figure, the sort whose desperate efforts to make us think he's trying to fade into the woodwork are actually a kind of self-aggrandizement. Wood doesn't know how to play Jonathan. He shows shreds of off-guard charm in a few scenes, but mostly, he's impenetrable. (Maybe he didn't like the book, either.) And maybe the last portion of the movie works better than the rest because Jonathan's quest is no longer the focal point: We recognize, even if he doesn't, that other people's lives matter more than our obsessions do.

In the end, that openheartedness is what Schreiber seems to want us to take away from "Everything Is Illuminated." He read something that moved him and wanted to pass those feelings along to us. How successful he is at that, as a first-time filmmaker, perhaps matters less than the fact that he had the impulse at all. That impulse isn't nothing. When he finds good material, it might really turn out to be something.