Not everyone believes that fat kids should greatly restrict calories to slim down, or even that it's healthy for them to try. 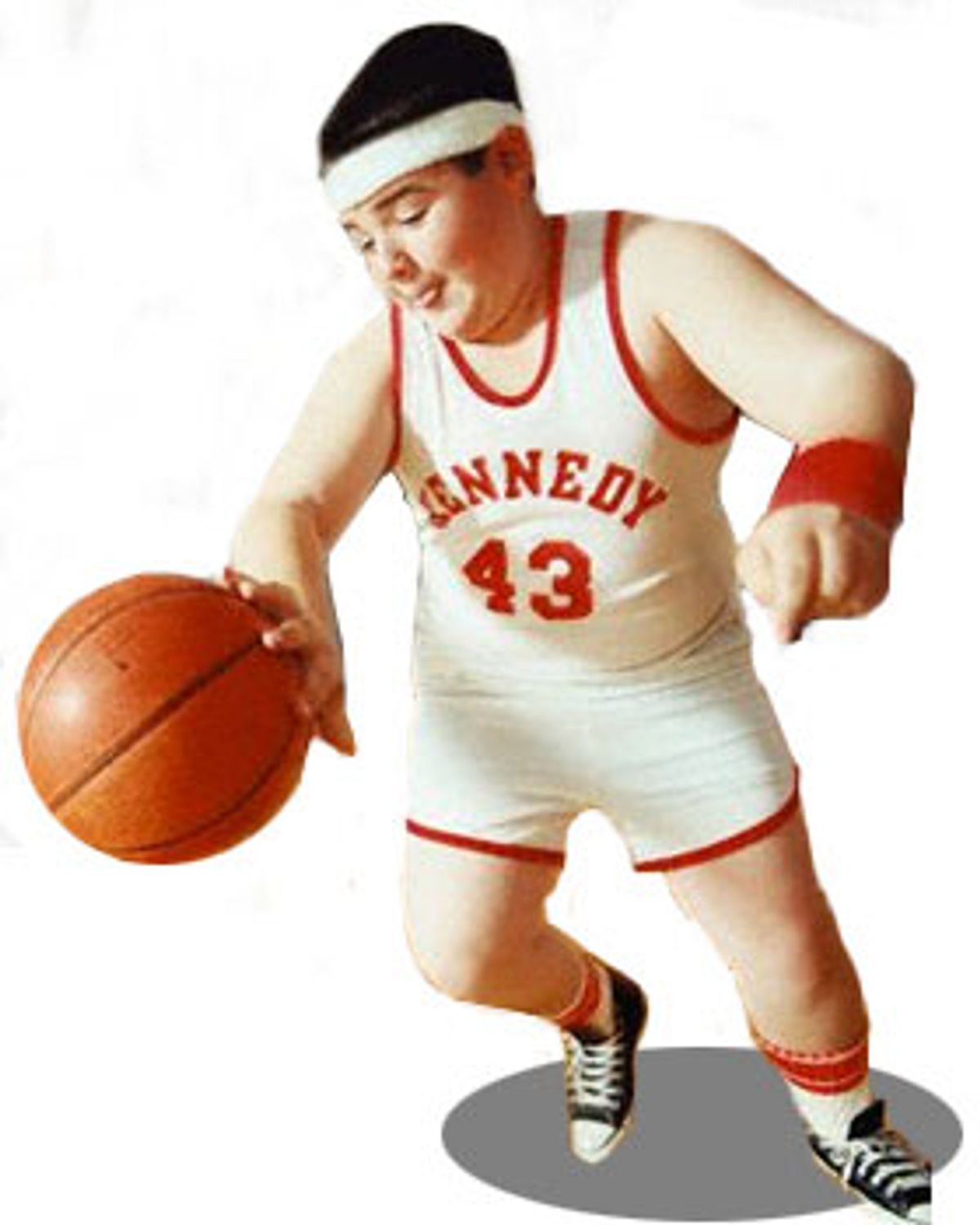 The National Association to Advance Fat Acceptance "Big Summer Fun" convention is a fat-positive island in an obesity-obsessed world. And that goes for fat kids, too.

At the group's annual conference in mid-August, Joanne Ikeda, a nutrition educator at the Center for Weight and Health at the University of California at Berkeley, led a session on "Raising Large, Healthy Kids Who Feel Good About Themselves and Their Bodies" for 10 parents, grandparents and would-be parents. Other attractions at this year's NAAFA conference included a "big burlesque" performance, a discussion of "everything you always wanted to know about fat sex, but were afraid to ask," and a private pool and hot tub party, as well as workshops on more pragmatic matters like "Size Diversity in the Workplace," When Goliath Works for David" and "Managing Your Diabetes."

But even at the conference, where fat is not a slur and diet is definitely a four-letter word, there was a lot of concern that today's kids are eating too much junk food and not getting enough exercise. Sorry, junior. Apparently, fat acceptance does not mean you can swear off veggies and play video games all afternoon.

Ikeda began the session by explaining that she joined the fat acceptance movement "mainly because I was tired of lying to people that weight loss was a realistic goal." After working for years with fat girls who were trying to lose weight, Ikeda concluded that the children hadn't kept the weight off or improved their health, and their self-esteem had suffered terribly. From that point on, she decided that following the edict to "first do no harm" meant taking the focus off weight in kids and putting it on overall health.

So Ikeda, who in addition to teaching nutrition at UC-Berkeley is a consultant to the HMO Kaiser-Permanente, promotes the idea of "health at any size." That's the notion that a fat person can be metabolically fit -- with healthy blood pressure and levels of glucose, insulin and lipids -- while still having a body-mass index indicating that they are overweight or obese. She has even conducted research on obese women which suggests that when dieting starts too young it may lead to a heavier weight later in life.

That said, Ikeda is dismayed at how she sees soft drinks replacing milk in American kids' diets. And don't get her started on how many 18-month-old Americans eat French fries on a daily basis. In fact, many of Ikeda's recommendations for parents sound remarkably like what less fat-tolerant nutrition experts say -- they're just stripped of any talk of weight loss, stressing good nutrition and exercise instead of watching the scale. "When we exhibit a lot of preoccupation with weight, it filters down to kids," she says. "But it's not that we don't want people to have healthy lifestyles; we do."

First and foremost, Ikeda suggests instituting family meals to help promote good eating habits, as well as emotional security. At meals, moms and dads should stringently avoid the old "Clean your plate, think of all the children starving in Africa" rhetoric, since even infants have a great internal regulatory mechanism that lets them know how much food they need. What parents should be concerned about is the quality, not the quantity, of what their children eat, and they need to take responsibility for providing foods that are good for them: "You can't let kids make the best choices because they're not going to make them," she says. "They're children."

One strategy is to not let a child develop a taste for sugared cereal or chocolate milk in the first place. "I tell parents to try not to get your kids started with sweets," she says. But Ikeda hedges, adding: "I'm not against people eating cookies, candy or cake. Like everything else, it's about moderation." And she echoes the now familiar advice of modeling good behavior and not having junk food around the house. Yet, she stresses that a total absence of verboten foods can backfire and trigger a deprivation response in kids. "If you make something the forbidden fruit, when kids have access to it they'll eat more than they would have," she says. "It's really a mistake."

Ikeda also cautions against making sweets an occasional reward. She related a story about a Marin County mom who said her daughter had become so obsessed with sweet rewards that she woke up every morning and immediately asked her mother if it was going to be a "junk food day." Ikeda advised her to reassure the child that from now on, every day would be a junk food day, so she wouldn't stress about it anymore. In that case, she thinks that giving a child a small treat each day is much better than setting up an obsessive reward response around food. That advice is in direct contrast to the way that Wellspring camps use outings to places like Starbucks, with their access to forbidden foods, as a reward for good behavior.

Ikeda's general advice is to not make a big deal out of sugary or fatty foods: Have some around the house, but in small quantities. For instance, when she and her husband were raising their two daughters -- now ages 25 and 28 -- they'd buy one six-pack of soft drinks for the whole family for the week. Each parent had one, and the girls could drink their two sodas right away or ration them throughout the week. She also recommends buying the six-cookie snack pack instead of the 40-cookie value pack. It's more expensive, but it's important to get away from the idea that quantity equals value when it comes to sweets. "It's so much cheaper if you can buy it by the case, but that doesn't mean you need three cases of candy bars," she says. Having less junk food around will also help train children to be satisfied with smaller portions.

Ikeda acknowledges that parents will inevitably have to fight the sugared-cereal and candy marketers that their kids spend so many hours with each day: "TV is not just promoting junk food. It's creating a lot of artificial needs," she says, lamenting: "I think a lot of parents send their kids home with a key, tell them: 'Lock it when you get inside, and get something to eat and watch TV.'"

When Ikeda stressed the importance of 60 minutes of daily physical activity for all kids, one participant asked how an obese boy can be encouraged to be more active. A whiz at video games, the child feels "mastery" only when behind the joystick. Fatter kids are often more comfortable with physical activities that they can do on their own, she said, so they won't be subject to the classic humiliations of letting the team down or getting picked last. She suggested swimming, downhill skiing, judo, ice-skating, roller-skating, shooting hoops in the driveway or even just walking a dog.

As concerned as Ikeda is about children's diet and exercise habits, she says that parents often simply overreact to their kids' changing waistlines -- especially as they approach puberty. "That's a time when a lot of parents think that their kid is getting fat," when in fact he or she may just be adding pounds in advance of puberty. That's also the age when kids start to notice and fret about their own morphing physiques: "They need some reassurance that they're not going to turn into monsters," she says. "Don't start harping about the eating, or about the junk food. Kids at that age really worry."

And parents, of course, worry too. Ikeda counseled the group to exercise patience: "Wait a while," she said to the concerned parents before her. The college students who dutifully study the ins and outs of calcium in Ikeda's nutrition classes at UC-Berkeley "are the same kids who in high school were going to the Seven-11 to buy a Big Gulp."