"The March" by E.L. Doctorow

In this kaleidoscopic rendering of Gen. Sherman's famous March to the Sea, the characters and metaphors come and go with all the tumult of the Union Army. 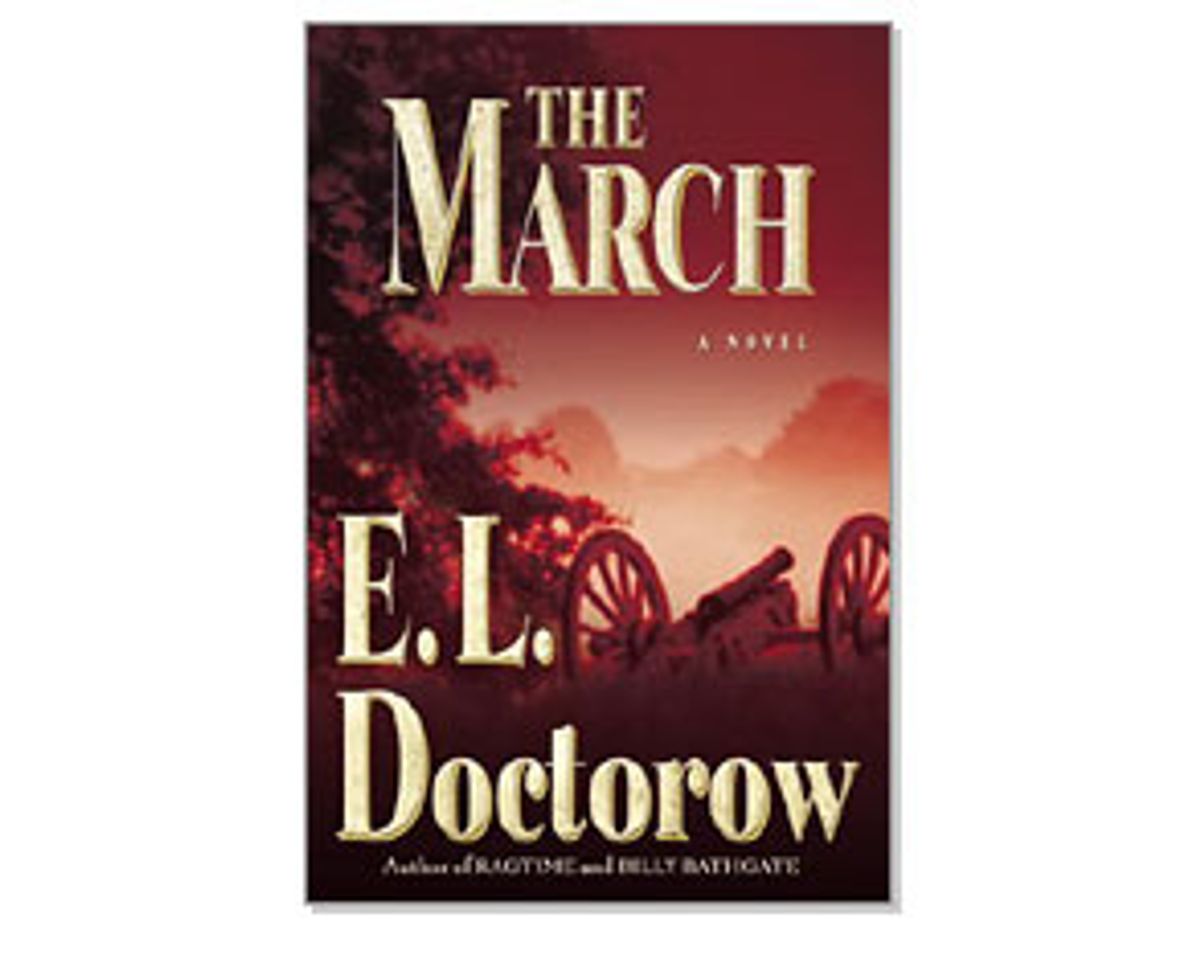 E.L. Doctorow's new novel, "The March," is titled after its main character, not a person, but an ongoing event -- or a catastrophe, depending on your perspective: Gen. William Tecumseh Sherman's famous March to the Sea, a scorched-earth campaign that plowed from Atlanta to Savannah, Ga., in late 1864, at the end of the Civil War. (Sherman's March is still the subject of bitter memory in the South, more proof that a war lingers longest with those who lose it.) Doctorow assembles a dozen or so characters who join in and drop out of the march at various points, each pursuing his own prize or fleeing her own nightmare.

The crowds that make up the march sometimes have wills of their own. Early on, a Union general forbears telling his soldiers not to trash a plantation house, knowing that "in the great mass of men that was an army, strange currents of willfulness and self-expression flowed within the structure of military discipline ... Even the generals issued orders for the sake of the record only." Still, the march hasn't really got a mind, and therefore it never quite qualifies as a protagonist.

As a result, "The March" lacks a central consciousness for the story to constellate around. In a way, it's not quite a novel, and if you come to it expecting a novel's pleasures, you're likely to be disappointed. Better to think of this book as a Flemish painting, something replete with the allegorical significance of forward movement, like Hieronymus Bosch's "Haywain," in which worldly life is depicted as an overstuffed cart from which everyone is trying to grab his or her handful, oblivious to the fact that the journey is taking them from Paradise to Hell. Doctorow hasn't got Bosch's hankering for apocalyptic moralizing, though, so the tone is closer to Bruegel; the novel's wide field is studded here and there with pairs of characters, little incidents and moments, none given more weight than any other.

The march breeds metaphors like a snake sheds skins: It can stand for war itself, for history, for change, for time. You can spend a lot of time pondering these metaphors, but they have the same relation to the march Doctorow depicts as the empty, papery skins have to a handful of solid, squirming snake. Wisely, the author doesn't attempt to point out that this is a novel of ideas. Instead, he makes it a novel of scenes, a pageant that flits from one character's experience of the march to another's, and mostly refrains from comment. It chafes a little to have to surrender a particularly appealing character or interesting situation when the march moves on, but that's the point; there's always a new one bringing up the rear.

The characters include not only the march's leader, Sherman, and his leaders, Grant and Lincoln, but grunts and generals and camp followers. Wrede Sartorius, a German-born doctor who also appears in Doctorow's "The Waterworks," cold-bloodedly perfects the art of surgery on the battlefield and predicts the medical advances to come. (He's one of the few characters who doesn't dread the future.) The daughter of a Georgian judge becomes, for a while, his helpmeet and lover. A young girl, a freed slave with pale skin, tries to puzzle out her own identity, dressing as a boy and passing as white. Two hard-luck confederate deserters keeping changing uniforms to save the skins underneath them. A randy Northern general treats the South like his own personal erotic candy box. And so on.

It must be said that the black characters in "The March" are too uniformly noble, and this has the counterintuitive effect of depriving them of the stature of the flawed whites. The war is a mixture of grandeur and degradation, and only the characters who have sounded its depths seem to have fully grasped their experience. We see the last of Sherman as he reproaches himself for longing for the march and its "bestowal of meaning to the very ground trod upon, how it made every field and swamp and river into something of moral consequence." This just before he acknowledges that the meaning he craves is fleeting at best: "our civil war, the devastating manufacture of the bones of our sons, is but a war after a war, a war before a war."

Our next pick: A misshapen boy-man, a "Pig Palace" and a girl named Holly