The author of "Bee Season" ventures into new territory with the story of an Irish Catholic girl in Boston widowed by the influenza epidemic of 1918. 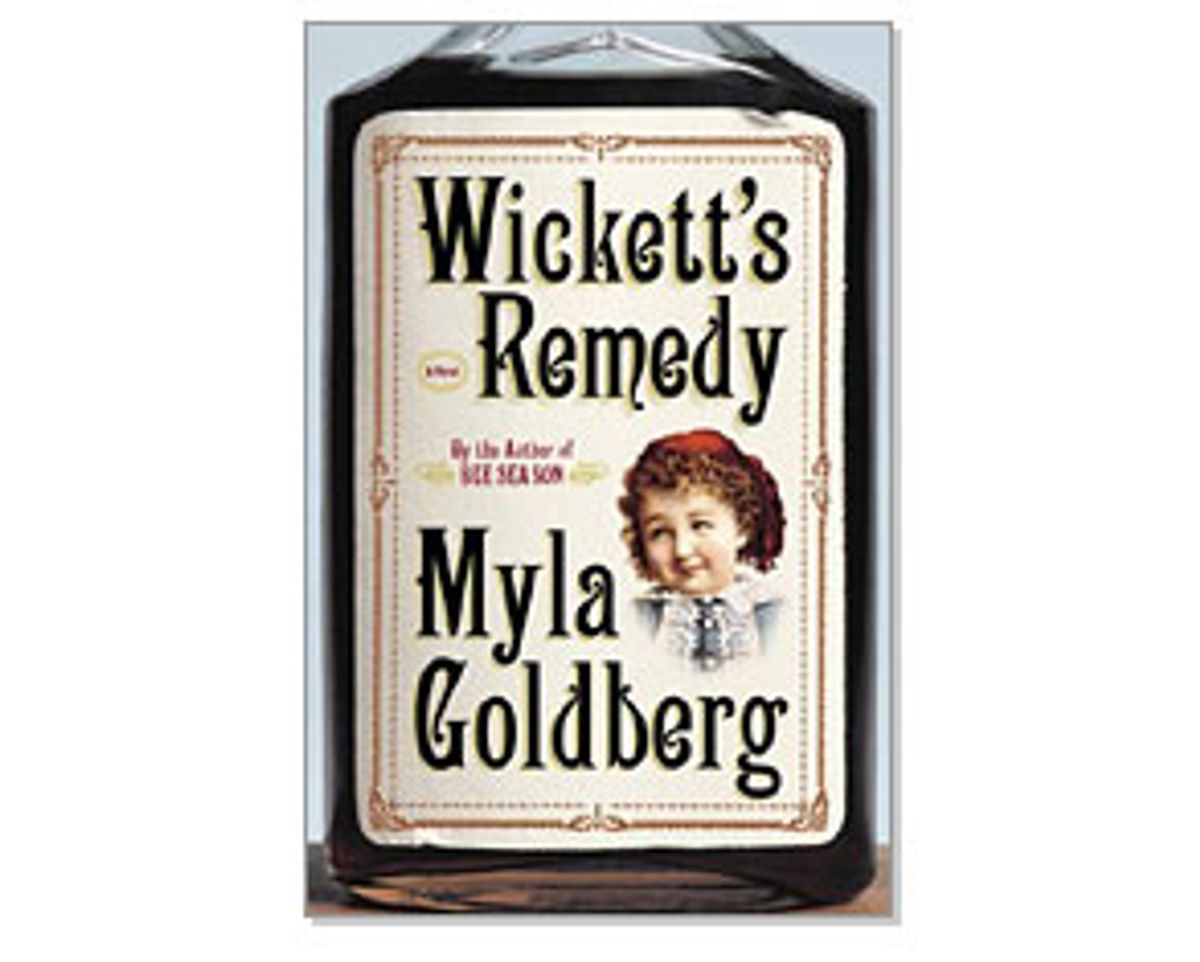 Myla Goldberg grew up in suburban Maryland and now lives in Brooklyn, N.Y. Her first novel, the surprise bestseller "Bee Season," followed the family of a 9-year-old Jewish girl who discovers a talent for spelling. So it is noteworthy that for her sophomore effort Goldberg chose, of all things, to write about an Irish Catholic shop girl in South Boston during the 1918 influenza epidemic that killed more than 20 million people worldwide. But more remarkable is that with "Wickett's Remedy" she has succeeded not only in fashioning a historically credible account of the period just after America entered the First World War, when the "Spanish Lady" laid waste to Boston and much of the rest of the country, but also in giving breath to a character who offers some purchase on making meaning out of this monolithic tragedy.

Lydia Kilkenny, the impetuous heroine of "Wickett's Remedy," comes from a humble family living in a triple-decker tenement in the heart of South Boston. As a child she is content -- as are her four brothers -- to remain within the familiar confines of the crowded neighborhood where her father's job as an iceman gives her special status during the muggy summers. But after a trolley trip across the bridge into upper-crust Boston on her 11th birthday, Lydia decides that her future lies beyond Southie. Upon graduating eighth grade, she takes a job at a department store across the bridge. Here, she is eventually courted by a sickly medical student named Henry Wickett; he wooes her via weekly letters delivered to her shop counter. After they are married, Henry abandons his studies to start a business marketing his "remedy," a non-medicinal syrup to be concocted by Lydia. Wickett believes that the real remedy for a wide variety of ailments can be found in the personal letter of encouragement he sends with each requested bottle.

As if on cue, here enter war, sickness and treachery to put an abrupt end to Henry's quixotic pursuit and topple the fragile beams of Lydia's fairy-tale world. Henry falls victim to the budding flu epidemic and dies in bed as Lydia strokes his frail hand. His death is but the first in a series of heavy blows that will transform Lydia from the young bride who, on the first night in her west end flat, travels "from room to room touching each piece of rented furniture with the giddiness of a child who has received everything on her Christmas list" to the weary woman behind these sentiments: "A corpse was a dead animal. They were all nothing more than animals, bloated by vanity into wearing clothes and ascribing lofty purposes to their actions, when in reality all died the same dumb death that awaited any overworked nag -- limbs stiff, features frozen in a rictus of shock and pain."

But even as she is hardened and reduced by her losses, Lydia nurtures an elemental hope that even a cynic might recognize -- the unflagging belief that happiness is "the essential state to which life -- after necessary digression and detours -- ought to return her." Through this hope Goldberg is able to maintain a muted but steady note of triumph throughout the book

Intertwined with this main narrative is the story -- told in snatches from company brochures and personal correspondence placed at the end of each chapter -- of QD Soda, a lucrative soft drink business founded by Henry Wickett's one-time business partner, Quentin Driscoll, and based on Lydia's original remedy recipe. After Henry's death Driscoll begins to withhold from Lydia, who is none the wiser, her promised share in the profits. This parallel story, though too spare to be compelling in its own right, helps ventilate the potentially claustrophobic saga of Lydia's grieving.

But the obliquely rendered QD story is but one of the experimental flourishes from Goldberg, who also includes occasional commentary from "Us" in the margins of the primary text. This "Us" refers to the collective dead, whose memories alternately contradict, expand and color Lydia's recollections. On the day that President Wilson declares war, for instance, Lydia stumbles into an unfamiliar cafe full of older Italian women. Lydia, according to the primary text, "did not recognize the language but she was certain they spoke of war." But from the margin we learn otherwise:

"Lucia Petronelli does not remember what she and her friends were discussing the day the young sconoscuita came to their café, but she knows they were not discussing the war. Ignoring men's foolishness was one great pleasure of widowhood."

The dead use their marginal space to settle scores, defend against insults, insist on points of fact, crack jokes, or simply attest to their presence in a given place and time. Their comments shed light on Lydia's shortcomings as a narrator and give particularity and substance to the notion that memory is always provisional and often voluntary. Though a lesser talent could easily allow such marginalia to become pedantic, nagging, or silly, Goldberg employs a light touch. The comments are placed sparingly and create the sense, as they are intended, that the ghosts of the past are interjecting where they can no longer keep silent.

But the real reason to read "Wickett's Remedy" is for the chance to spend a few hours in the presence of the charming Lydia as she develops into a woman who, while still childlike, is no longer childish and, while still simple, is no longer a simpleton.

Our next pick: A moving portrait of the many souls who joined Gen. Sherman's March to the Sea