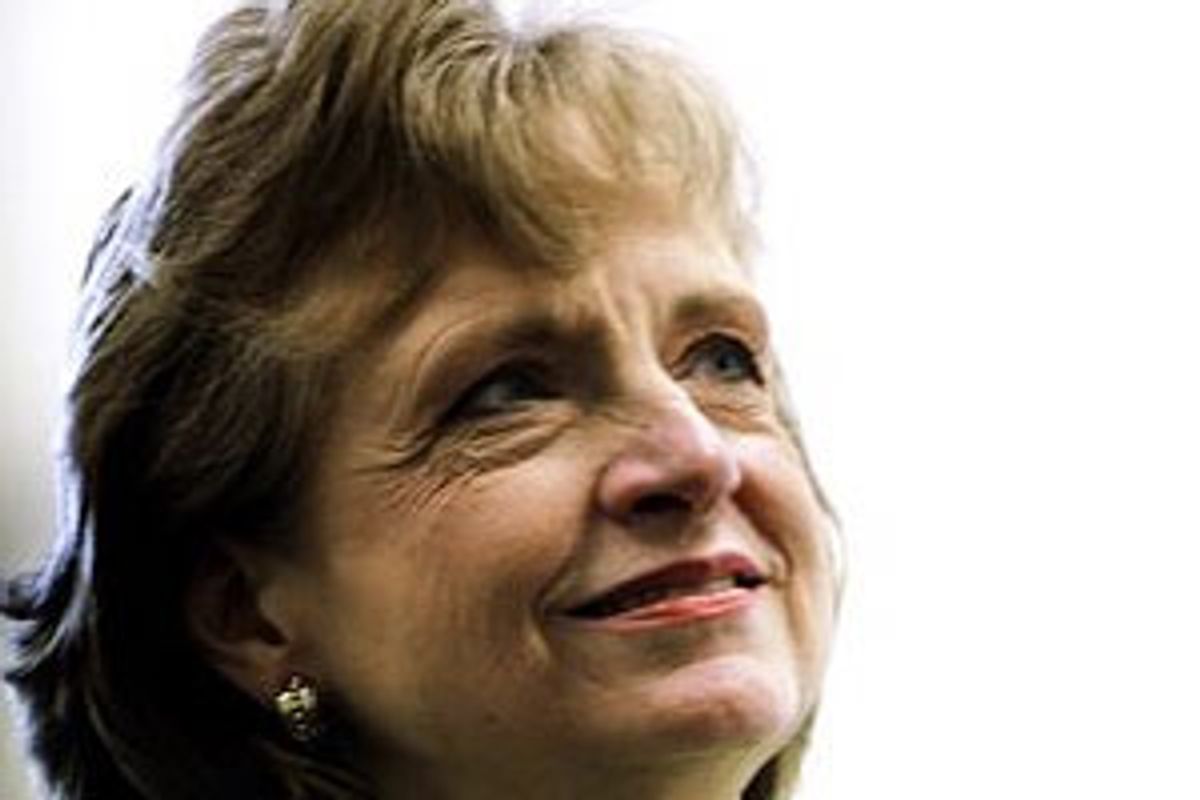 When President Bush nominated Harriet Miers for the Supreme Court, she was thought to have no discernable point of view on key ideological issues, including abortion. But there are growing indications -- including her track record in Texas political and legal circles -- that she is staunchly opposed to abortion rights.

On Tuesday, the Associated Press reported that Miers, responding in 1989 to a questionnaire from the group Texans United for Life, pledged support for a constitutional amendment banning abortions, except "when necessary to save the life of the mother" -- the clearest indication yet of her stance on the issue, at least back then.

Miers' activities as a member of the American Bar Association in the early 1990s indicate that she remained steadfast in her antiabortion views over the following years. Several Texas colleagues, both liberal and conservative, say they believe Miers is without a doubt against abortion -- including one former mentor and confidant who says that Miers "thought it was murder."

The ABA has a long history of standing for abortion rights. But when Miers was actively involved with the ABA more than a decade ago, she led a battle against the organization's pro-choice stance. As president of the Texas Bar in 1992-93, Miers consistently pressured the ABA into revisiting the abortion issue, causing nearly 4,000 members to resign and parts of the organization to unravel, according to abortion rights supporters. Among other tactics, Miers and her backers -- who represented a small minority of ABA members pushing for neutrality on the abortion issue -- demanded a national referendum among its 357,000 members on whether the ABA should take a position on abortion at all.

Miers' role in the campaign to change the ABA's position traces back to her involvement in the Dallas Bar Association. While serving as its president in 1985, Miers was introduced to the ABA's ring of power by her colleague and predecessor as head of the Dallas Bar, Darrell Jordan. When the ABA decided to reaffirm its support of abortion rights in 1990, following the Supreme Court decision on Webster v. Reproductive Health Services, which narrowed the application of Roe v. Wade, Jordan immediately made his opposition clear in a handwritten letter he delivered personally to the ABA's president.

"That's when the battle lines were kind of drawn," Jordan said in an interview. "It seemed to me [the abortion rights position] was a mistake, a bad idea. In the state bar of Texas, since it's a quasi-state-run institution, we don't adopt political positions at all," he said. Six months after the ABA's reaffirmation, approximately 1,000 members had resigned and Jordan persuaded the ABA to rescind its position.

As a bar member and ally of Jordan's, Miers would have been very familiar with the debate over taking a position on abortion. At the annual ABA meeting in 1991, Jordan was accused by abortion rights supporters of orchestrating a well-financed campaign, using private donations, to overturn the organization's position. Jordan acknowledges that his group had hired a political consultant and solicited "the moral and financial support" of friends and colleagues in the Texas Bar back then -- including Miers.

Meanwhile, Miers was building a following among women's groups with her bid to become the Texas Bar's first female president. Texas lawyer and feminist Louise Raggio rallied around Miers' campaign. Raggio, now 83, has known Miers for nearly 40 years, since Miers was a student at Southern Methodist University. Miers was one class behind Raggio's son at SMU, and Raggio became a mentor for Miers; years later she served as a close advisor to Miers during the Texas Bar race. "I was interested in having a woman president," Raggio says. "She was an electable woman, a woman with a big firm behind her. Women's groups supported her because they wanted to show that a woman would be a competent president."

That remained Raggio's priority -- even though the two women had talked candidly about abortion on various social and professional occasions, according to Raggio. "She thought it was murder," Raggio says. "I'm pro-choice, so it concerns me that's she been appointed to the Supreme Court, because her religion is so dominant. She'll vote to overturn Roe v. Wade."

Others who know Miers personally -- including Texas conservatives -- are said to believe the same. On Monday, the Wall Street Journal reported on a conference call regarding Miers attended by James Dobson and prominent religious conservatives. Two conservative judges, Justice Nathan Hecht of the Texas Supreme Court, and Judge Ed Kinkeade, a Dallas-based federal trial judge, were also on the call. According to the Journal, both judges said that based on "personal knowledge of her" they believed Miers "absolutely" would vote to overturn Roe v. Wade.

Addressing delegates at the ABA's annual meeting on Aug. 10, 1993, Miers said that the organization's leadership had "flip-flopped" on abortion several times in the past three years. In the early '90s, many believed the Supreme Court was moving toward a reversal of Roe v. Wade; the ABA's leadership had returned the organization to official support of abortion rights in 1993. "The current position is without real importance when you think about it," Miers argued, according to an unofficial transcript of the annual meeting obtained from the ABA archives. "Our current position and status has no meaning unless endorsed, in fact, by the membership."

The ABA membership, overwhelmingly in favor of abortion rights, wasn't convinced by Miers' argument to force a referendum and rejected it. But Sandy D'Alemberte, who was ABA president in 1991-92, says that while Miers and her backers were not able to sell their neutrality measure, being able to persuade the House of Delegates even to move it forward for consideration required overcoming powerful opposition. "She was very tenacious," D'Alemberte said.

And Miers persisted: She moved for another referendum at the annual convention in 1994 to make it easier for dissident members of the ABA to force a direct vote of all 370,000 members on ABA policy positions, a clear response to the outcome of her attempt at a referendum the prior year.

"Harriet and I felt all along," says Jordan, "that if there were a way to force a member-wide referendum on whether people wanted the ABA to take a position on abortion at all, they would overwhelmingly vote no."

They didn't get the chance to find out.

"I remember the Alamo," Miers said, after the measure was thwarted at the 1993 convention. "What we have is a playing field coated with butter and I don't think it is tipped in my direction."

Though addressing no one in particular with that odd string of metaphors, her opponents included civil rights groups, reproduction rights advocates, feminist leaders, and more than two-thirds of the assembly of the ABA. In a few weeks, that same coalition may watch Miers being sworn in as the 110th justice of the Supreme Court of the United States.