Bodyguards for sheep, plug-in hybrids, edible yards and other environmental innovations worth celebrating. 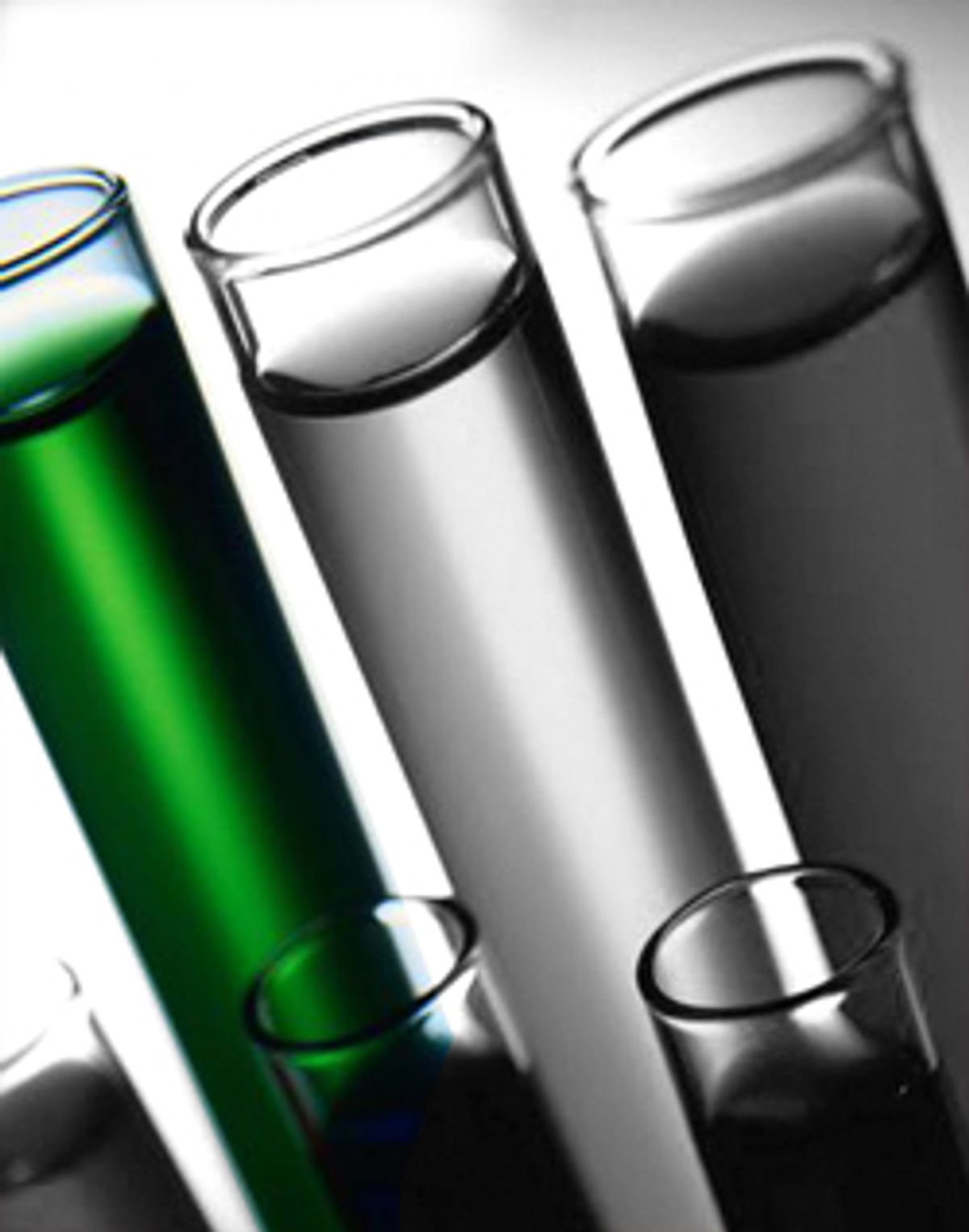 Sun power: Available at any big-box store
Clean and constantly renewable, solar power has long been an idealized energy source, but the limitations of the technology -- especially high production costs and the demanding upkeep that fragile crystalline silicon panels require -- have prevented large-scale solar energy use from really catching on.

So it seemed like a dream come true when earlier this year a Silicon Valley start-up named Nanosolar announced it had found a way to make cheap, durable, user-friendly solar panels. By swapping the clunky conventional structures for a thin foil that's "imprinted" with solar cells, Nanosolar (as well as competitors Nanosys and Konarka) claims to have developed a method of producing hundreds of feet of inexpensive, durable solar cells in a fraction of the time now needed to produce a single traditional panel. And while solar panels usually require an enormous investment of space -- their bulky frames sticking up from roofs and fields -- Nanosolar's printed cells promise to be highly adaptable. Imagine: a lightweight, energy-generating film that can line driveways, wrap around roofs and pave parking lots.

Does this mean affordable solar technology will soon move out of the realm of fantasy and into Home Depot? Both environmentalists -- and Nanosolar's investors (who include Google founders Sergey Brin and Larry Page) -- hope so. Given the growing concern over global warming and the political pressure on the United States to find a long-term solution to foreign energy dependence, the technology certainly seems to hold the promise of a broad appeal. Skeptics do caution that while Nanosolar has been busily amassing capital and touting their innovations, it has yet to showcase any products. Nanosolar originally planned a public product debut for this year, but that launch date has been pushed back to at least mid-2006.

Gas-muzzler: Plug-in hybrids
When the car companies scrapped their electric-car pilot programs, the Silicon Valley geeks who loved them were not happy. They fought -- and mostly failed -- to keep their electric cars. Now, with the advent of hybrids, E.V. devotees are buying hybrid vehicles and retrofitting them so that they can be plugged in to charge up, getting more than 100 miles per gallon. Called plug-in hybrids or gas-optional vehicles, these drivers are making their cars do what they want -- instead of waiting for the auto industry to catch up. The California Cars Initiative, a loose coalition of environmentalists, engineers and drivers, argues that their homegrown electric vehicles can address global warming and our national security woes around oil at the same time. They've been working with the Electric Power Research Institute in Palo Alto to make the plug-in hybrid a reality that spreads beyond the garages of a few car hackers and into the American mainstream.

Better preservation: Bodyguards for sheep
The reintroduction of gray wolves to Yellowstone is one of the conservation movement's great success stories. Today, a decade after the program began, the park's wolves are thriving and multiplying, forming numerous new packs and expanding their range. Their presence in Yellowstone, besides protecting the wolves' own future, has also resulted in a restored balance to the park's ecosystem, since by making elk and other animals skittish, the predators keep them from overgrazing any one spot. But the Yellowstone initiative risks becoming a victim of its own success: Every wolf pack that wanders outside the park attempts to prey on livestock -- which means that the wolves the park has tried so hard to protect may still meet the wrong end of a shotgun.

Enter the Range Riders. Most ranchers check about once a week on their herds grazing on public lands, which isn't enough to protect the stock from wolves. The Range Riders are cowboys who live with livestock for as long as five months, camping with the herds and keeping a close watch in the early morning, when wolves are most likely to prey. Sponsored by the Predator Conservation Alliance, the Range Riders organization hopes to eventually be funded by tourists who will pay to ride along as cowboys for the environment. So far, so good: After the first year of the experiment with herds in two Montana valleys, they've had a 100 percent success rate, with no wolves or livestock hurt.

Bovine energy: A silk purse from a cow's rear
California dairy cows alone produce 65 billion pounds of manure every year -- and the foulest thing about it is the way it pollutes local waterways. In fact, the back end of cow produces all sorts of toxic emissions, and the average dairy cow is a significant producer of methane, a greenhouse gas that contributes to global warming. But a group called Sustainable Conservation in San Francisco is collaborating with farmers to try to turn the country's cows into efficient energy-producing machines by bringing methane digesters to dairy farms to extract the gas and using it to generate electricity. The methane digesters process the manure and refine it until it is fuel grade. As a model, Sustainable Conservation says, we need only look to Sweden, where 20 plants already produce biomethane and a fleet of 2,300 buses run on it. Farmers can earn money by selling electricity back to the grid, and environmentalists make methane work for, rather than against, the planet.

Garden greens: Lawns you can eat
Fritz Haeg is unleashing a one-man attack on the American lawn, which the Los Angeles-based artist dubs a "carpet of conformity." Over the next three years, under the aegis of Edible Estates, which has already begun in Salina, Kansas, Haeg will be ripping up the front lawns of nine single-family homes in regions across the country and replacing them with food-producing vegetable gardens. The families whose lawns he's transforming have agreed to maintain the gardens, so the work is a permanent living installation. What's wrong with the lawn? Not only does it take a tremendous amount of water to keep it green, but the two-stroke engine used by lawnmowers produces some of the worst carbon-dioxide emissions for a motor of its size, contributing to global warming and other air pollution. Then there are all the pesticides and herbicides used to keep front lawns green. "We're stuck with this idea that plants that produce food are ugly, and lawns that you have to pour chemicals on and mow are beautiful," says Haeg, who hopes his lawns can reverse that thinking.

And our favorite environmental Big Idea is...