What happened to the domestic diva this weekend? 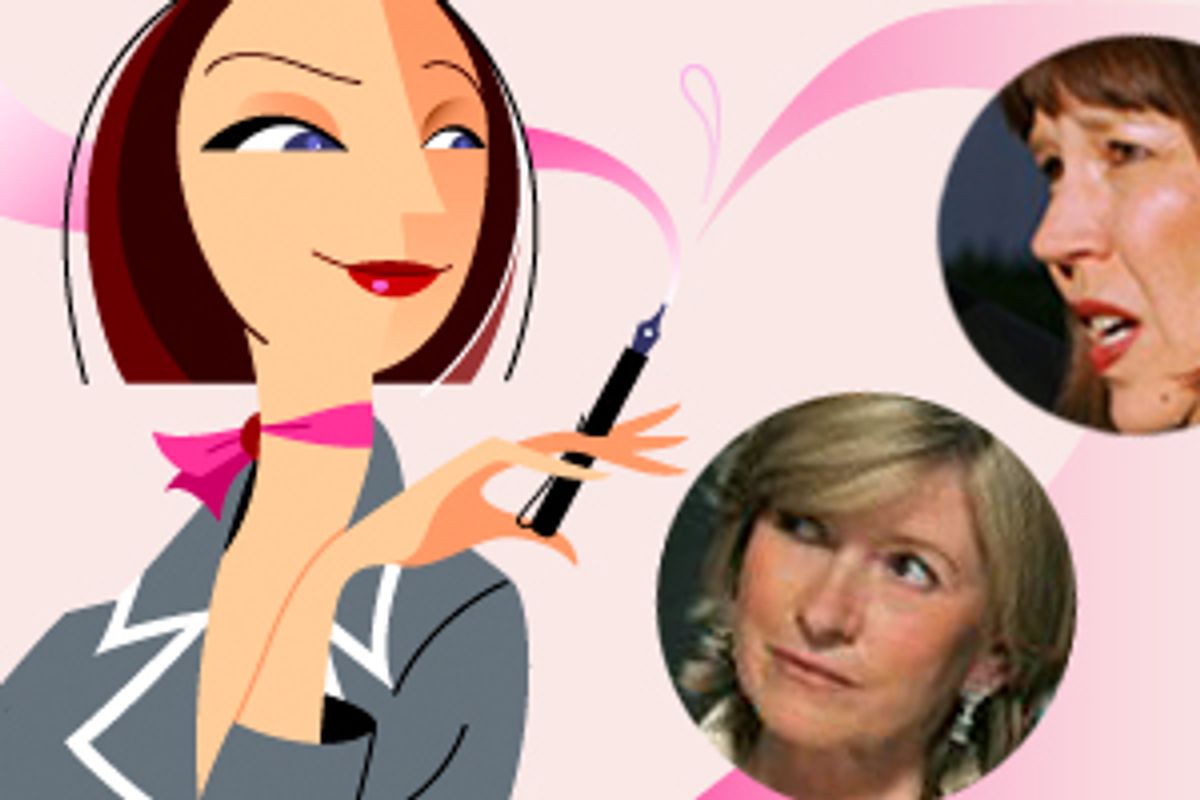 Broadsheet (or at least one Broadsheet contributor) has a little thing for Martha Stewart's new live talk show, in which the recently incarcerated domestic goddess and awkward TV personality seems to really be making an effort to let loose. The result -- in the couple of episodes that we've watched -- has been a series of mind-blowing moments in which Martha has shown us what we can only hope is her true self: bawdy, no-bullshit, and appallingly frank. During a cooking segment a few weeks ago, she asked diminutive television starlet Jessica Alba: "Do you eat?" When a surprised Alba replied that of course she ate, Martha shrugged and said, "Well, you never know."

This morning, Martha was tasting wines with her friend and crafting "mentee," "Sopranos" actress Lorraine Bracco. When, during a break, a producer brought out a crock in which the women could spit out the wine, Martha commented on-air, "But I don't want to spit. I want to swallow. It's been that kind of weekend."