Is the U.S. above the Geneva Conventions? The debate over McCain's anti-torture bill is a sad moment for a country that once stood for human rights. 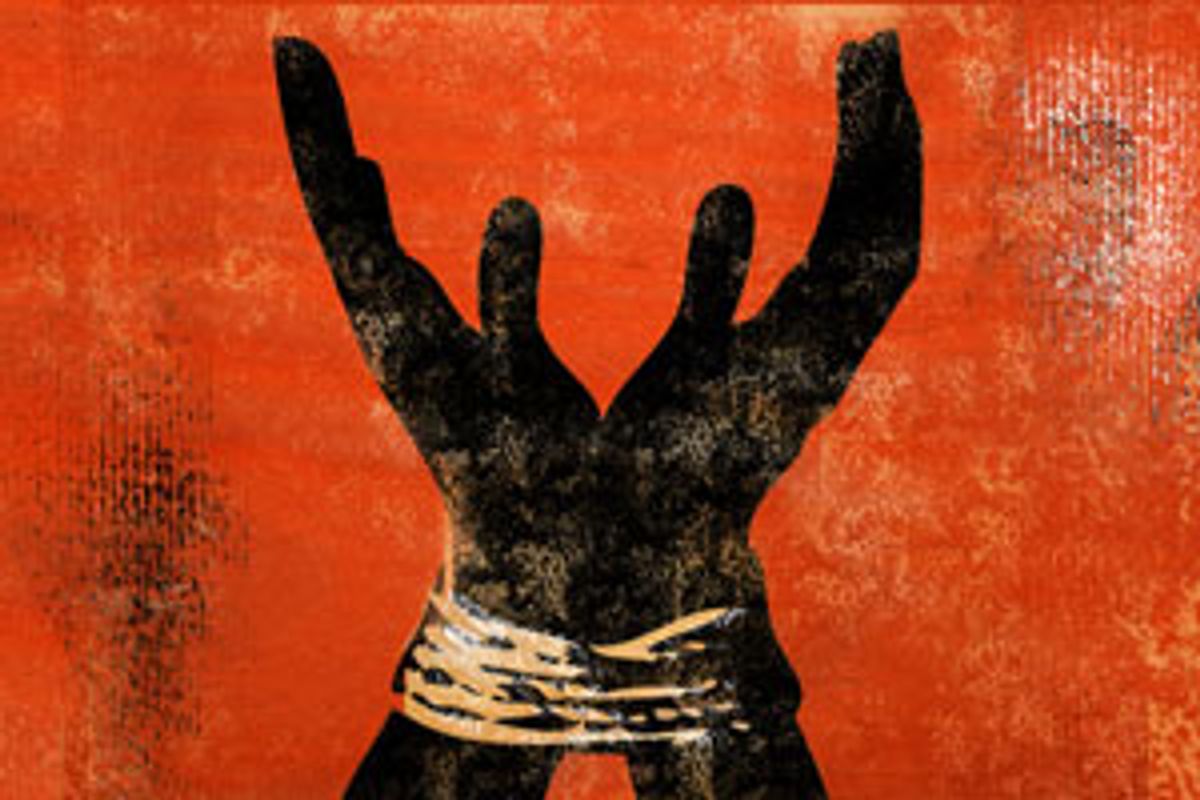 As someone who has spent decades representing clients who have been tortured under dictatorships, in dirty wars and by lawless governments around the world, I'm having a rough week here at home. My friend Sister Dianna Ortiz, an Ursuline nun whom I represented after she'd been abducted, raped and tortured by security forces in Guatemala, told me she was having a hard time too. "Torture destroys trust," she said. "Since my torture, 16 years ago, I've tried to rebuild that trust, but now my government has shattered it yet again. Fear returns..."

For Sister Dianna and other victims of torture, this moment represents what she calls "a choice between courage and cowardice, human decency and depravity." Inside the Pentagon, officials are arguing with Vice President Dick Cheney and some of his aides about a whether a new set of Defense Department guidelines for interrogating suspected terrorists should prohibit the "cruel, humiliating, and degrading" treatment of prisoners. In the Congress, Sen. John McCain, with support from 89 colleagues, is pushing a separate measure to ban cruel, inhuman or degrading treatment of any detainee in U.S. custody -- against veto threats from the White House and fierce opposition from Cheney and his new chief of staff, David Addington, who are maneuvering to exempt clandestine CIA activities from oversight. And reporters have uncovered a network of "black sites" in Eastern Europe and elsewhere -- secret detention camps run by the CIA, where suspects are being held and brutally interrogated.

The idea that torture could be so publicly defensible -- and the news that the United States is maintaining secret facilities in former Soviet-era prisons for torturing nameless and disappeared people -- fills me with shame and horror. And while it's encouraging that John McCain, who was himself tortured as a prisoner of war, wants to make it illegal to strap naked prisoners to boards and hold them under water, electrocute them or mock-execute them, it's profoundly depressing that the discourse about torture has come to this point.

Cruelty in war may be universal: but an international code acknowledging limits on cruelty has been, until now, a fundamental part of civilization. The Geneva Conventions, adopted in 1949, put it plainly: Even in war, all persons are to be treated "humanely"; "cruel treatment and torture and outrages upon personal dignity" are prohibited. The United States and countries from Afghanistan to Zimbabwe, 192 in all, have agreed that freedom from torture, degradation, and cruel or inhuman treatment is one of the most basic of human rights, transcending national boundaries. As Judge Irving Kaufman of the 2nd Circuit Court of Appeals ruled in 1980 -- in a landmark case we at the Center for Constitutional Rights brought in a U.S. court against the Paraguayan general who tortured Joel Filartiga to death -- "for purposes of civil liability, the torturer has become like the pirate and slave trader before him hostis humani generis, an enemy of all mankind."

The Filartiga case set a precedent that torturers anywhere in the world can be held accountable for their crimes. With the Center for Constitutional Rights and lawyers for other human rights organizations, I have represented victims of torture from Bosnia to Algeria, from East Timor to Tiananmen Square: their stories still haunt me and bring me to tears. I'm unable to forget a terrorized Kanjobal Indian boy from Guatemala, who was just 8 when army troops came to his village and rounded up all the men, shackling and hooding them. The boy told me how he'd been forced to watch as his father was hanged from a tree and cut apart alive. The principle that all people should be safe from torture -- that there are universal laws that make us human -- has been at the very heart of our work.

Since 9/11, I've found myself swept up in defending basic human rights and the rule of law against a relentless onslaught by the Bush administration. We've brought suit on behalf of 500 nameless "John Doe" prisoners held at Guantánamo in defiance of the Geneva Conventions; we've fought the indefinite detention of American citizens; we're challenging the Defense Department and private contractors over the horrendous abuses at Abu Ghraib. We've uncovered terrible stories about cruelty and torture carried out by our country, like that of Maher Arar, an innocent Canadian citizen kidnapped and "rendered" to Syria by American forces, who was kept an underground cell for over 10 months and beaten for weeks on end with a thick cable. I represented three young men from England who were released from Guantánamo when it was finally proved they'd made false confessions -- after being stripped, hooded, isolated, chained to the floor for 12 hours at stifling temperatures and threatened by snarling dogs.

Yet despite victories in court, and rising political outrage from Republicans as well as Democrats, military lawyers and State Department officials as well as human rights activists, it now seems that administration hard-liners are digging in.

How did we get to this point? Because the United States is bound by the Geneva Convention governing prisoners of war, and by the 1987 Convention Against Torture with its prohibitions against torture and cruel, inhuman and degrading treatment, McCain's legislation should not even be necessary.

But after 9/11, Attorney General Alberto Gonzales (at that time White House counsel to the president) and others gave their legal opinion that prohibitions on "cruel, inhuman, and degrading treatment" didn't apply to noncitizens being held by the United States outside the United States. Then, because torture, even outside the United States, remains a crime, they redefined "torture" so narrowly that almost all violent and coercive methods of interrogation were excluded. Then, because of the U.S. criminal statute making violations of the Geneva Conventions a crime, they insisted that the conventions did not apply to anyone they termed a suspected al-Qaida member.

These opinions were an attempt to provide legal cover so that U.S. personnel and contractors could engage in coercive interrogations without fear of criminal prosecution. They were an attempt to show that the United States did not really engage in torture and was not really violating conventions governing cruel, inhuman or degrading treatment. Once the abuse scandals broke, and the reality of what was being done to prisoners emerged, officials began to talk about lack of clarity in the opinions, or a "failure of supervision" that led to "excesses."

But this administration is now openly and baldly saying that it claims the right to torture, at its discretion. All the fictions that sustained the war on terror -- that abuses were one-time mistakes by low-level grunts; that the rules about human rights weren't clear; that soldiers didn't understand the parameters when they beat and humiliated and tortured prisoners -- have been replaced by a clear declaration: The United States is going to torture people as it sees fit, to subject them to cruel, inhuman and degrading treatment wherever and whenever it decides to.

Human rights activists around the world who live under repressive regimes have long looked to this country for leadership; our government, flawed as it is, has launched crusades against human rights abusers abroad and helped prevent terrible suffering by demanding that torture stop. Now we are facing a new world: one in which the most powerful country on the planet publicly declares itself above the laws that have protected individuals everywhere from disappearance, torture and murder. It is a sad and dark moment, in which the hostis humani generis, the enemy of all humankind, speaks with the voice of the United States government.