ANWR ban is in the House

Republicans dumped a plan to drill the Arctic National Wildlife Refuge. But the musk oxen shouldn't start partying yet. 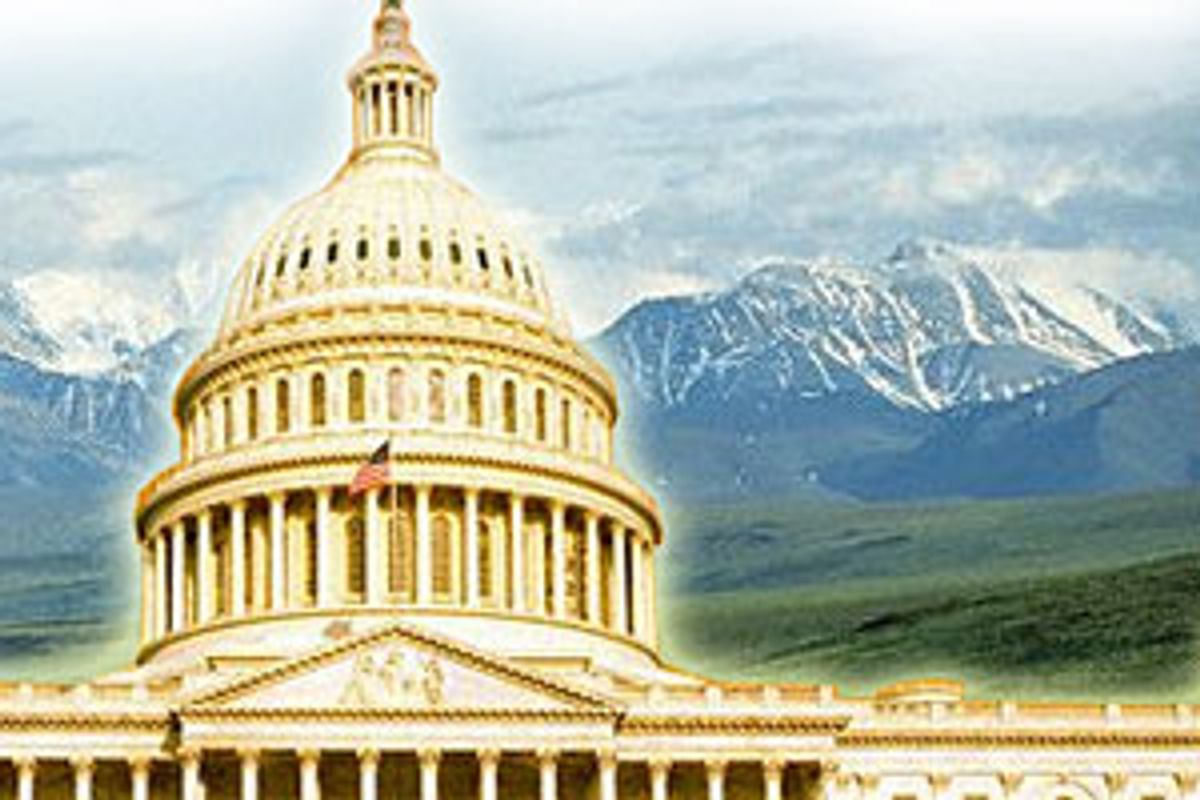 Environmentalists were celebrating Thursday as House Republicans dropped a plan to allow drilling in the Arctic National Wildlife Refuge. "We're definitely popping the champagne," said Melinda Pierce, lobbyist for the Sierra Club. "It's a significant victory."

Then again, those who oppose the controversial plan to drill in the refuge may want to put a cork in the festivities. Yes, moderate Republicans did manage to excise the plan from the current House budget bill. But that doesn't mean caribou and musk oxen won't one day be roaming around oil derricks on the northern tundra.

Here's why. The Republican-friendly budget bill, which dropped the drilling plan, will slash about $50 billion from federal programs like food stamps, Medicaid, Medicare and student aid. Assuming that Republicans muster enough votes to move this draft of the bill on to conference committee, it must still be reconciled with the Senate's bill, which includes Arctic drilling.

Still, it's a significant, if unlikely, step toward protecting the refuge. The Republican leadership had been under pressure from 26 moderate Republicans, led by Rep. Charles Bass of New Hampshire and Rep. Nancy Johnson of Connecticut, who sent a letter last Tuesday urging the rules committee to remove Arctic drilling from the bill.

"The critical value of this Refuge to the arctic and sub-arctic wildlife is undeniable," read the letter, which urged focusing on developing renewable energy sources and alternative fuels, instead of jeopardizing the fragile arctic ecosystem by extracting fossil fuels.

The Sierra Club's Pierce says that the Republican rebellion over ANWR, which started in August, represents "probably the largest group of moderate Republicans that has ever broken ranks with the leadership on an environmental issue." It's especially surprising coming from the House, which is usually thought to be more pro-oil than the Senate.

On Wednesday, the House Rules Committee cut Arctic drilling out of the bill in hopes of finding the votes to get it passed. "The Republican leadership can read the polls as well as anyone else, and they know that passing unpopular legislation when your poll numbers are down is probably not the thing to do," says Jim DiPeso, policy director for Republicans for Environmental Protection.

Yet, even without Arctic drilling in the bill, on Thursday the House failed to find the votes to move the bill forward, and recessed for the long Veterans Day weekend.

Next week, the House will continue to try to move the budget bill along. When it makes it out of the House, it will move to Senate-House conference committee, where Senate Republicans, like New Mexico's Pete Domenici and Alaska's Ted Stevens, are already pledging to make sure that Arctic drilling goes right back into the final bill. Then, assuming it makes it out of conference, the bill will go back to the House and Senate to face an up-or-down vote.

Will moderate Republicans who balked this time at Arctic drilling stand up against it then? "In some sense, they're just postponing a day of reckoning on this, and we haven't seen any signs today that these moderate Republicans are in any mood to back down," says Pete Rafle, a spokesperson for the Wilderness Society.

DiPeso thinks that there are enough Republicans who will stand opposed: "I think that we have a cushion of close to 20 who can be counted on to stay the course, and stand firm."

Some representatives, like New Hampshire's Bass, have pledged that they would rather scuttle the whole budget bill than approve Arctic drilling: "If you want [the final bill] to succeed, you better keep ANWR out," he said at a press conference Thursday.

Again, the fate of the Arctic refuge hangs in the balance.