Why is it so hard for politicians to understand that kids in juvenile detention need treatment not punishment? 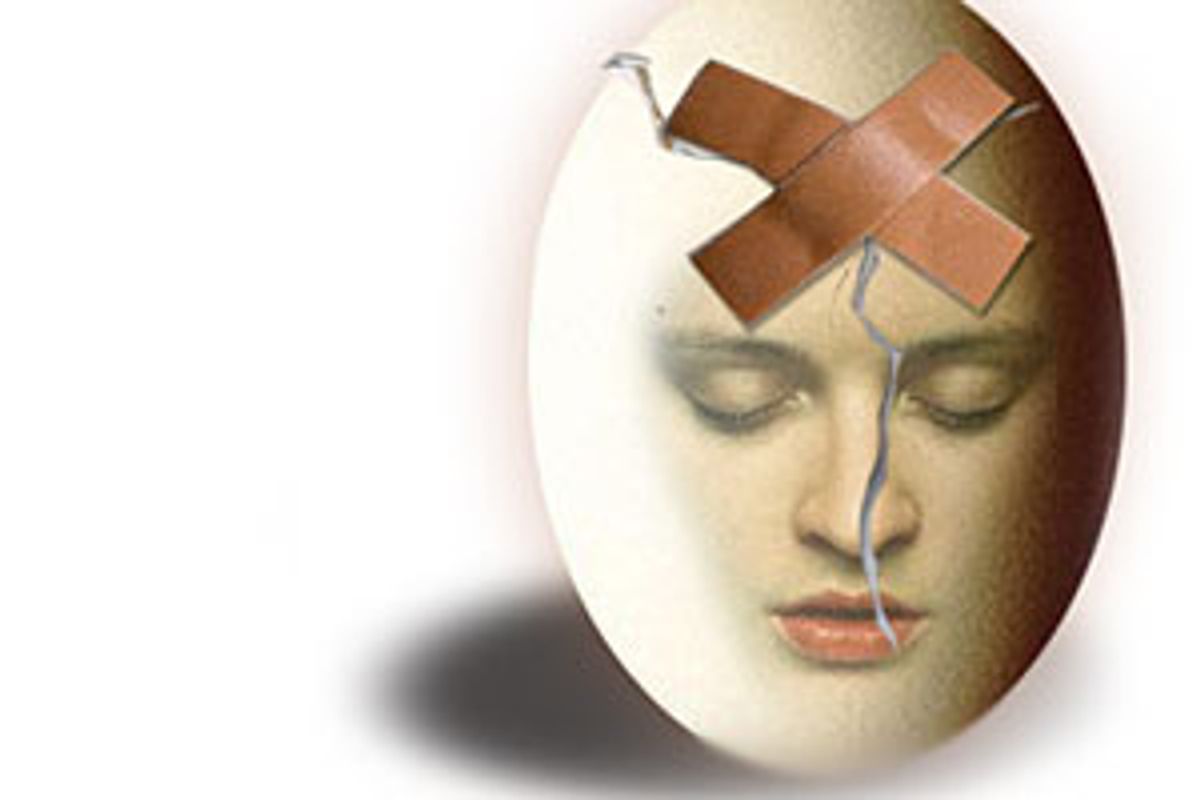 It's always the toughest kids who surprise you. The loud ones, the ones dancing on the balls of their feet, strutting their stuff to impress the others. This girl was tiny, wiry, with muscled arms and narrow, broomstick wrists. Her ears were crumpled up against her head, no more than tufts of cartilage and skin. And though she'd tried to tug down a few of her matted dreadlocks to cover this defect, most of her hair grew every which way. She would not shut up.

Not that the other girls in the Juvenile Hall classroom were particularly quiet. There were a few girls so sunk in their misery that they could not even be bothered to lob insults across the aisle. But the loud ones made enough noise for everyone. Still, considering everything, they were remarkably restrained, even respectful of the nervous white lady standing up in front of the class, holding a copy of her book and trying to get them excited about doing some "writing exercises."

Except for that one girl. The only thing that worked with her was lying.

I borrowed an exercise from "What If? Writing Exercises for Fiction Writers," by Anne Bernays and Pamela Painter, and told the girls three stories. "Two of these stories are lies," I told them. "One of them is true. My job is to make all three so convincing that you can't tell the difference. Your job is to figure it out."

I told them a story of sashaying down the street in a new dress, thinking I was the bomb, and only figuring out when I got into my car and burned myself on the baking leather seat that I'd tucked my skirt up into my panties and walked three blocks with my rear end hanging out for everyone to see. The second story was about pushing my son over speed bumps in his stroller, and accidentally sending him crashing onto the asphalt, where he broke one of his perfect lower teeth. The third story was more their style. It described a night at Au Bar in New York, when I danced the night away with Heavy D.

The girls in Juvie loved those stories. It cracked them up to imagine my big butt hanging out there in the wind. They were disgusted to hear I had compromised my child's safety. The only story they didn't believe was the one about Heavy D, the one story that was true.

Now it was their turn. Some of their stories were incredibly sweet -- one girl told us how her brother spent his own money to buy her SpongeBob bedsheets. Others had a quality of longing -- another girl described a trip she took to visit her mother in Las Vegas and meeting an Elvis impersonator. Others were frightening -- a number of girls wrote with intense vividness about gang fights.

Instead of writing just a sentence or two, as I'd asked, the girl who had been the loudest filled two pages with dense, cramped script. She wrote about her childhood as a "good girl" before she began smoking weed and stealing. When she read her piece out loud, the other girls began to jeer and laugh. They couldn't believe that this girl had ever done well in school, had ever been obedient and tractable. After a few moments she crumpled her paper into a ball and tossed it into the trash. "Yeah, that's a lie," she said. "That's just a lie." But I knew it wasn't.

Even in the grim San Francisco Juvenile Hall it was remarkably easy to catch these girls' attention, to give them a tool to access something other than their bravado. They are so raw, but so ready to talk -- and even to listen.

Some studies place the recidivism rate for youth offenders in California as high as 91 percent. Why are my home state's rates so much higher than, for example, Texas'? Because even in red state Texas they offer treatment to their youthful offenders. But not in California, a state with one of the largest populations of incarcerated youth.

There are some small exceptions. San Francisco's City Youth Now provides resources and programs for incarcerated kids, including internships, funds for emergency clothing and author visits like the one I participated in. But by and large the California Youth Authority, the agency responsible for all juvenile offenders, is like many in the rest of the country: woefully underfunded, and much more interested in punishment than rehabilitation.

This despite the fact that studies show treatment works with kids. Texas' Capital Offenders Group, an intensive treatment program designed for serious offenders, has a recidivism rate dramatically lower than that of the CYA. Only 10 percent of kids who go through the COG have committed a violent crime within 36 months of their release.

John Hubner, an editor at the San Jose Mercury News, spent nine months at the Giddings State School, in Giddings, Texas, where the Texas Youth Commission places its worst offenders, and where its flagship COG program is based. His book "Last Chance in Texas: The Redemption of Criminal Youth" should be required reading for all legislators, politicians, judges and prison officials. When Hubner went to Giddings, he found something entirely unexpected. "What I saw was a highly spiritual practice, the pursuit of redemption, in the most secular of all places," he says. "It's unique in that sense."

Giddings State School looks like a college campus. The grounds are pretty, the kids are called students, the guards are unarmed. By contrast, the girls I met in San Francisco spend their day in and out of lockup, in a miserable jail. And most of them are there for crimes like drug possession and prostitution, far less serious offenses than those of the kids about whom Hubner writes, who did things like firing shotguns at police officers at point-blank range, raping 5-year-olds, and dousing people with gasoline and setting them on fire.

So how did youthful offenders get so lucky in Texas, of all places?

Because of two men, a judge and the superintendent of a youth facility. In the 1970s, the Texas Youth Commission was sued in U.S. District Court for the Eastern District of Texas. The case was brought on behalf of a young girl named Alicia Morales who had been incarcerated not for committing a crime, but for being "incorrigible," which in her case meant that she asked her alcoholic father for money for school books and clothes for herself and her seven siblings. The conditions Morales brought to light in her case, a depressing warehouse of a facility with no services, caused Judge William Wayne Justice to order an investigation into the TYC.

The brutality and abuse he uncovered was horrific. But there was one facility where children were doing beautifully. It was run by superintendent Ron Jackson, who had himself been raised in an orphanage. Jackson believed that his job was to provide treatment for the children in his care. The legislature promptly put him in charge of the entire agency, and he stayed there until George Bush became governor.

The treatment-based system Jackson put in place has survived, despite attacks on its perceived leniency by individuals including then-Gov. George Bush. In his book, Hubner quotes Stan DeGerolami, a former state school superintendent, who says, "Giddings looks nice on the outside. Inside, it is the toughest prison in Texas. Kids do hard time here. They have to face themselves. They have to deal with the events that put them here. They have to examine what they did and take responsibility for it. Kids who go through that do not go out and reoffend. That needs to be screamed out loud: They do not reoffend."

The thing about youthful offenders is that no one seems to care about them. Most people don't like adolescents -- even the good ones can be snarky and unpleasant. Combine the antipathy we feel toward the average teenager with the fear inspired by youth violence, and you have a population that no one wants to deal with.

But we cannot afford not to think about these children. Despite the fact that in America we incarcerate more juveniles for life terms than in any other country in the world, the truth is that the vast majority of youth offenders will one day be released. The question is simple and stark. Do we want to help them change or do we want to help them become even more violent and dangerous?

Even if you couldn't care less about the future of the kid who shot the cop, who did the methamphetamine deal, who tied up the old lady and choked her to death, if you had to bump into that same kid on the street, on a dark night, would you rather it be after he'd served 10 years in the custody of the California Youth Authority? Or after he graduated from Texas' Capital Offender Group?