"Mission to America," Walter Kirn's delightful portrait of a nation at loose spiritual ends, outdoes the work of Tom Wolfe. 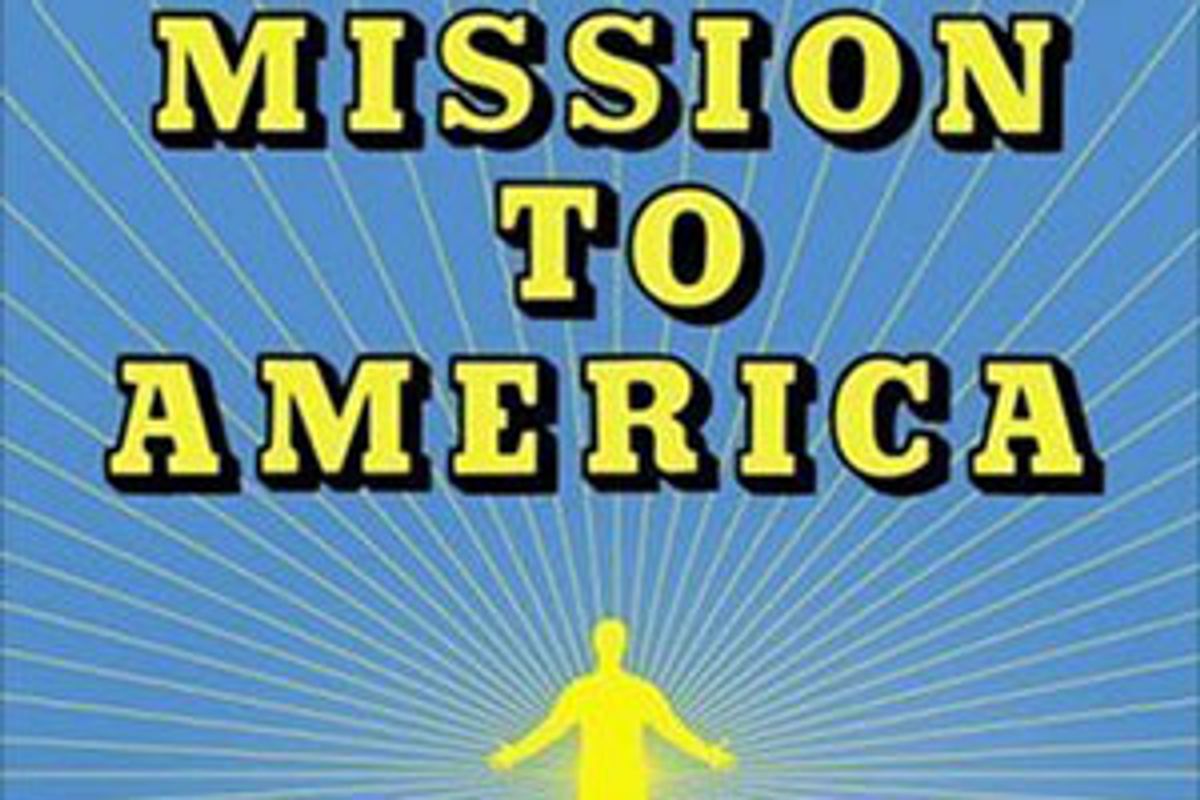 If only Tom Wolfe were a little bit brighter, he could be a novelist like Walter Kirn. Kirn picks an aspect of contemporary life -- pharmaceutical personality adjustment ("Thumbsucker"), the frictionless, placeless existence of business travelers ("Up in the Air") and now America's spiritual yearnings -- and uses fiction to map its nooks and crannies. Theme-driven novels have their drawbacks. Do I entirely believe in Mason LaVerle, the narrator of "Mission to America," a missionary from a tiny, isolated Montanan sect sent out to find converts, cash and a wife to freshen up the gene pool? OK, not quite, but even if Mason often seems a too-worldly mouthpiece for Kirn's own observations, what he has to say about what he finds on the road never fails to delight.

The Aboriginal Fulfilled Apostles, Mason's people, practice a lovely, syncretic faith that embraces the Prince of Flocks (Jesus Christ), Hinduism, Native American pantheism and the sayings of their Seeress, the third in a series of matriarchal leaders. One of their major doctrines outlines "Edenic Nutritional Science," a complicated eating plan designed to prevent the buildup of "tarry residue." The AFA are most American in their preoccupation with food; they regard it as "more than physical sustenance; it was emotion materialized, hardened spirit, and its ingestion, absorption and expulsion mirrored the deepest patterns of the universe."

Mason and his partner, Elder Stark, have been raised to believe that the residents of "Terrestria," the outside world, languish in a state of spiritual starvation. What they discover is a populace glutted at a table overflowing with assorted and hand-tailored faiths. They meet teenage Wiccans and ski-bum Christians and, most disturbing of all, the very rich. Elder succumbs immediately to the seductions of junk food, sucking down gallon-size sodas and noshing on Cheetos, but when he sets his cap on converting an Aspen tycoon, the patriarch of the Effingham clan, Mason worries that Elder will lose his soul as well as his health.

Eff Sr. has an enormous, ersatz ranch, and struts around like a Wolfeian "man in full" -- which naturally leads to a whole lot of tarry residue. When the Apostles meet him, his innards are so messed up he can't even eat the meat from the bison herd he's installed in what Mason describes as "the Effinghams' sprawling, private fairyland." The Effinghams also have a pack of wolves. Says Eff Jr.'s girlfriend, "They wanted wolves because wolves are rare  And if one trophy eats another trophy, fabulous. It's life's tragic circle, and all on their own property. That's a trophy in itself."

Everyone Mason meets is chasing one version or another of Edenic Nutritional Science -- a state of authenticity invalidated by the very fact that they have to chase it. One girl wants Mason to dress up in a "costume," the kind of Western shirt he's worn all his life, and pretend to rough her up in bed. He meets a born-again hiker whose core religious ritual is the recitation of his past misdeeds, obviously exaggerated: "Reliving his degradation had struck some spark in him and it was glowing now like a blown-on coal  his thoughts were clearly still shoving him farther away, toward some ultimate dark drama that he might or might not have actually lived through but whose telling would let out the pressure inside his skull."

Stashed up at the ranch, there's a writer driven insane by the job of recording Eff Sr.'s banal personal philosophy and a courtesan of supremely artificial appearance who walks away with "the assured light steps of someone who'd made a profession of departures." Mason's quest provides the framework for a sketchbook of Americans vexed by matters of faith; the minor characters have that ideal mixture of idiosyncrasy and universality you find in great feature journalism. By comparison, the main story, about Mason's thwarted love life, is a tad pallid, but it hardly matters. The Apostles, after all, are extravagantly Made Up. Everything else in "Mission to America" is the nation in full.