A historic makeover of mining laws could sell out tens of millions of public acres for drilling, casinos and condos. 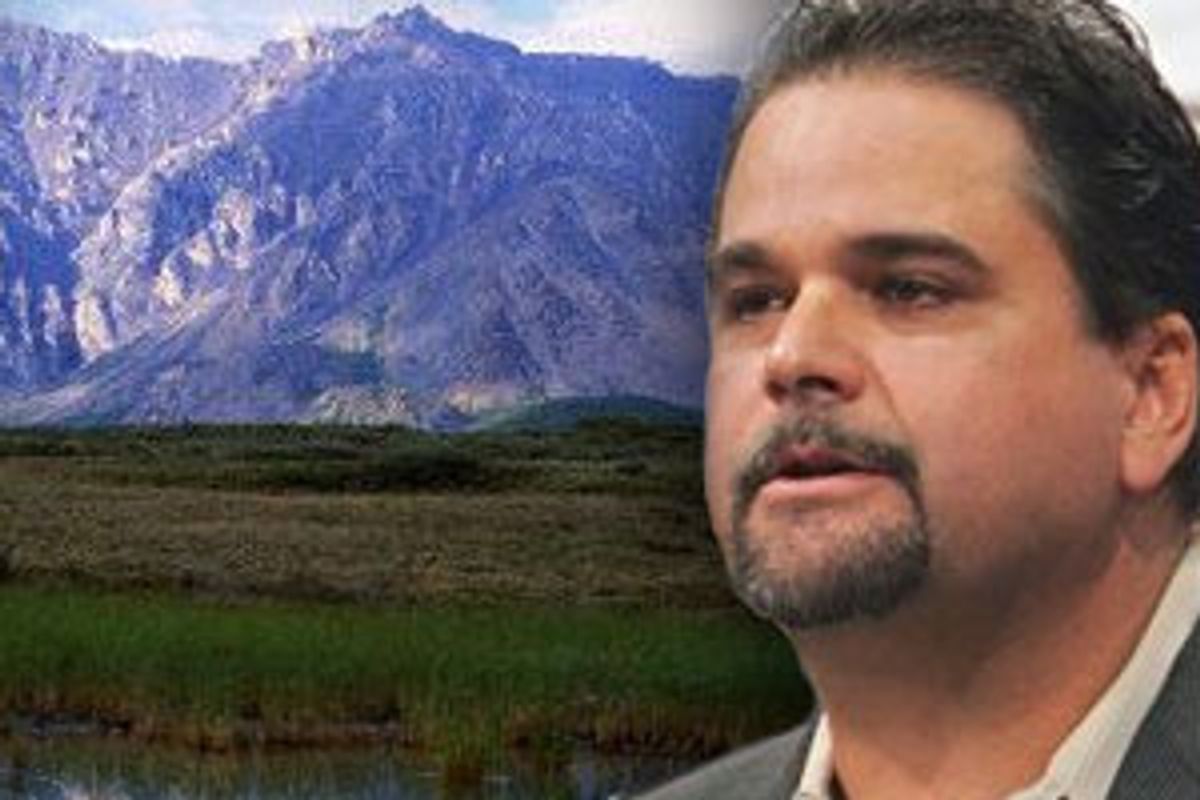 Greens were reveling in victory earlier this month after language paving the way for oil drilling in the Arctic National Wildlife Refuge and on the Outer Continental Shelf was stricken from the House budget reconciliation bill. But on Friday, the cheer was dampened when the bill passed the House bearing another eco-unfriendly provision -- one that has stirred up far less of a public ruckus but is "every bit as bad as drilling in the Arctic," said Dusty Horwitt, senior policy analyst for the Environmental Working Group.

The brainchild of Rep. Richard Pombo, R-Calif., chairman of the House Resources Committee, and Rep. Jim Gibbons, R-Nev., this provision calls for a historic shift in American mining law, which has remained largely unchanged since the passage of the 1872 Mining Act. Enviros and fiscal conservatives in both major parties have been calling for mining reform for years, but Pombo's proposal isn't quite what they had in mind.

It would allow the Interior Department to sell tens of millions of acres of public lands in the American West -- including more than 2 million acres inside or within a few miles of national parks, wildlife refuges, and wilderness areas -- to international mining companies, oil and gas prospectors, real-estate developers, and, well, anyone else who's interested. The stated aim is to generate an estimated $158 million in revenue over the next five years to help curb the monstrous federal deficit.

Pombo's office did not respond to Muckraker's requests for comment, nor did the California rep release any public statements on the provision, which was slipped into the budget bill three weeks ago -- much to the surprise of enviros. According to the Washington Post, Pombo claimed his proposal would reduce the deficit and encourage private ownership. "In some states primarily owned by the federal government, it's important that more of that land become private property," he told the Post. "These environmental groups want the federal government to own everything."

Now enviros are on pins and needles as they wait to see whether the provision will be shed during conference-committee negotiations between the House and Senate, when a compromise bill will be hammered out. No formal word yet on when these negotiations will take place, but insiders predict they will begin in December, and possibly even bleed into next year.

Up until a decade ago, the General Mining Law of 1872, signed into law by Ulysses S. Grant, allowed private companies to "patent" (i.e., purchase) federal land with proven mineral resources for between $2.50 and $5 an acre -- 19th century prices that industry has used all of its lobbying might to hang on to. Then, in 1994, Congress instituted a moratorium on such sales, saying prospectors could no longer file new patents that would give them outright ownership of federal lands; rather, they now pay nominal annual fees for the rights to extract minerals, but the lands stay in public hands and therefore extraction projects are subject to environmental reviews.

"The 1994 moratorium has always been seen as an extremely inadequate placeholder solution," said Dave Alberswerth, senior policy advisor at the Wilderness Society.

Under Rahall's leadership, a bipartisan coalition of representatives has been working to draft a total overhaul of the archaic mining statute that would not only make permanent the moratorium on new patents, but also force mining companies to pay royalties to the feds -- just as oil and gas firms and other extractive industries do.

Pombo's provision, by contrast, would rehabilitate the right to buy land outright, allowing private parties to acquire federal lands for as little as $1,000 an acre or for the "surface value" of the property, whichever is greater. Prices wouldn't factor in the value of the minerals below the surface, nor would buyers have to pay royalties to the government on the resources they extract. If Pombo were serious about generating revenue for the treasury, "the provision would at the very least impose a royalty," said Alberswerth. "Clearly this has nothing to do with addressing the ballooning federal deficit -- that's just a pretext to ram this mining-industry agenda through Congress."

In October, Rahall introduced the Federal Mineral Development and Land Protection Equity Act of 2005, which proposes an 8 percent royalty on mineral production from mining claims. "That alone would raise $350 million in five years," Alberswerth said -- more than twice what Pombo expects to generate in the same time period with his plan. (Oil and coal producers, by comparison, are required to pay royalties of up to 12.5 percent or more when extracting from public lands.)

Critics are even more aghast that Pombo's mining-reform proposal would not require buyers to prove that mineral resources exist beneath the property they want to purchase, nor that they use the land for mining. "As written, purchasing the land need only facilitate 'sustainable economic development,'" Rahall said on the House floor earlier this month. "Since the term is not defined, 'sustainable economic development' could include condominium construction, ski resorts, gaming casinos, name it." And since the land would be privately owned and no longer under federal jurisdiction, it would be immune to environmental reviews under the National Environmental Policy Act or public input on development plans.

Last week, the Environmental Working Group released a study that shows, state by state, the potential impact of the legislation on Western lands (though it definitely errs on the high side with estimates of acres that could be affected). The study's more striking findings include the vulnerability of national parks and wilderness areas. As the Pombo provision applies to current and past mining claims alike, it would encompass some claims that have yet to be acted upon that are older than particular national parks or protected areas in which they're located.

"In national parks alone, there are more than 650 unpatented mining claims that would be subject to sale for [as little as] $1,000 per acre if these provisions become law," said Rahall. An estimated 60 acres within California's Joshua Tree National Park could potentially be offered for sale, as could roughly 720 acres within Death Valley National Park, according to Alberswerth. Two hundred acres within five miles of Grand Canyon National Park could also be on the chopping block, say enviros. And in Alaska's Tongass National Forest, warns Rahall, more than 60,000 acres of mining claims could be slated for development under Pombo's provision.

Dozens of environmental groups have signed a letter opposing the provision. Moderate Republican House members including Thomas Davis III, of Virginia, and Christopher Shays, of Connecticut, have voiced concern, and there's been vehement opposition from Senate Democrats including California's Dianne Feinstein and Montana's Max Baucus. (While a budget resolution already passed by the Senate included a provision to allow drilling in the Arctic Refuge, it did not include any mining language.)

In a letter to Pombo, Feinstein argued, "This provision could allow claimants to carve out numerous private enclaves within our public lands, without even proving that mining deposits lie beneath them ... it appears that potentially millions of acres of national forests and BLM lands would now be required to be put up for sale by the interior secretary merely because they contained 'mineral deposits.'"

If the provision had been introduced as a stand-alone bill, Alberswerth thinks it would have had a dewdrop's chance in hell of passing, as it would have stirred up considerable opposition from a number of Republican fiscal conservatives in addition to many Democrats.

But as part of a big, complex budget reconciliation package, it flew under the radar. "This bill is so huge and controversial that this provision has gotten lost in the heap of concerns," said Alberswerth.

Opponents of the mining language are hopeful that it will be stripped out during House-Senate negotiations, given that there's nothing in the Senate version of the budget bill that even resembles the provision. But as Congress gets restless to wrap up its work and break for the winter holidays, there's no telling what could happen.