Does it matter that David Ludwig -- the 18-year-old alleged killer of his 14-year-old girlfriend's parents -- was a huge fan of hardcore Christian rock? 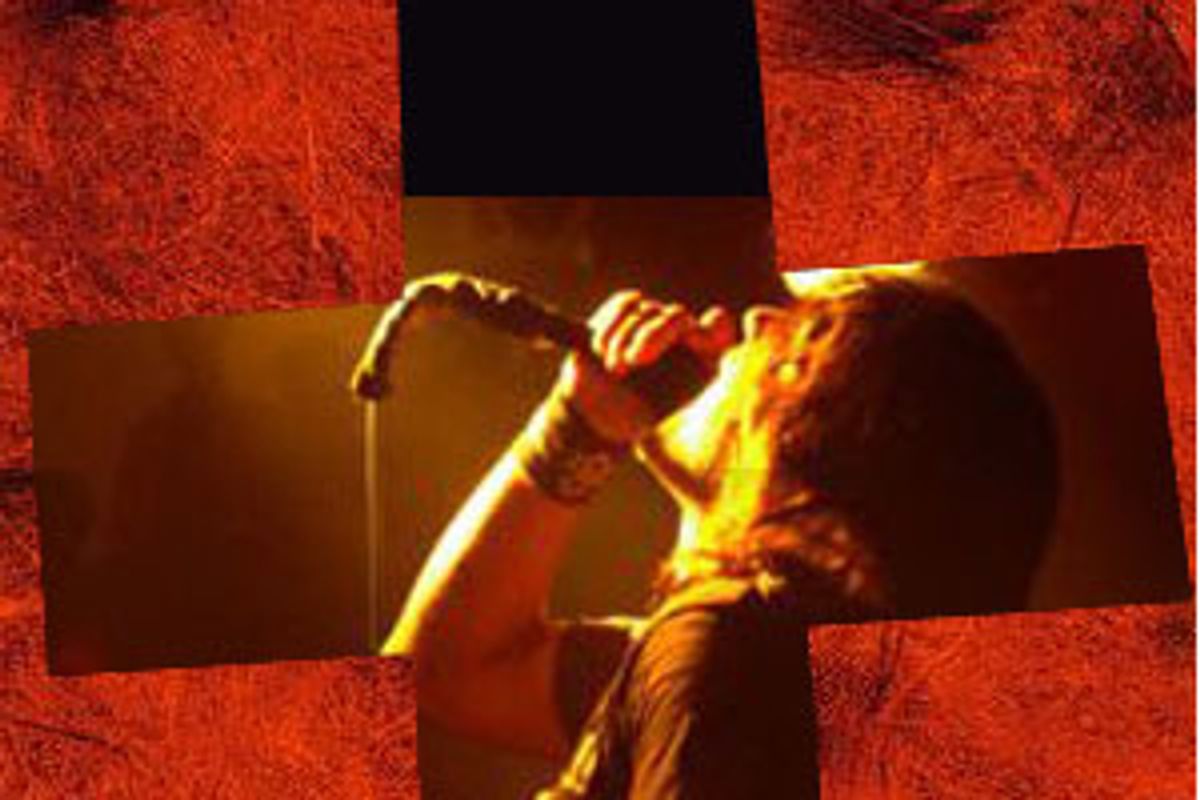 On the night of Oct. 6, David Ludwig, 18, and his 14-year-old girlfriend, Kara Beth Borden, went to church. There was no sermon, though -- at least not a traditional one. David and Kara were at the Lancaster Bible Church in Manheim, Penn., for a Christian rock concert. As the punishingly loud guitars of Audio Adrenaline and Pillar strained the limits of the church sound system, the kids screamed and pumped their fists and banged their heads. "Pillar and Audio A rock my face off!" David wrote on his blog the next day. Kara spent almost all the money in her pocket on a Pillar sweatshirt. She was wearing it the morning of Nov. 13 when, police say, David shot and killed her parents and fled with her at his side.

If your only association with contemporary Christian music (CCM) is Amy Grant or Stryper, you might be surprised at how popular, varied and artistically mature the genre has become in the last 15 years. By some estimates, Christian music sales topped $720 million last year, making it a bigger niche than jazz and classical combined. For every genre of mainstream music there is a Christian parallel: rock, punk, reggae, folk, dance pop, gangsta rap. Pillar, named for the biblical description of God's household as "the pillar and foundation of truth," plays rap-core, a furiously propulsive mash-up of hard rock and rap. Musically, they are as creditable as many of their top-40 counterparts. Their lyrics testify to their faith in Jesus, a faith that David and Kara publicly share.

It should go without saying that Pillar isn't even remotely responsible for David Ludwig's actions, any more than Marilyn Manson was responsible for Columbine. As CCM reaches an ever larger audience, the likelihood that some people in that audience will be deeply troubled increases proportionally. The CCM industry is already painfully aware that its fans are often no more virtuous than any other teenagers. A 2004 survey by the Barna Group found that "teen buyers of Christian music were just as likely as other teens to engage in music piracy." Nearly 80 percent of young people who purchase Christian music also download it illegally. Christian music is not just for goody-goodies anymore.

But Christian rock doesn't just happen to find troubled kids in its audience, it reaches out to them. At a Christian music festival in Neodesha, Kan., two months ago, I watched as the singer of Seventh Day Slumber called on the people there to look into the darkest depths of their souls, that they may seek forgiveness. "If you've ever thought about suicide, put your hand in the air," he said, and they did, tears streaming down their faces. "If you've gone so far as to write a suicide note, put your hand in the air. If you've thought about killing yourself just this week, put your hand in the air." The dark undercurrents of secular thrash and emo music are not absent from the Christian versions, just channeled differently.

Pillar ended its Oct. 6 set with a song called "Fireproof." It must have struck a chord in David. He posted the lyrics on his blog:

Like many edgier evangelical bands, Pillar specializes in battle anthems, composed on the premise that Christians are under constant spiritual attack. The emotional effects are remarkably similar to those of any secular odes to alienation and rebellion, and the vast majority of Christian teens who are drawn to such music, like the vast majority of their non-Christian peers, find comfort in the roiling cacophony that mirrors their inner lives; it helps them get through some difficult years in one piece. Any Christian artist can share legitimate and profound stories of young people who found genuine grace through their music. But there will always be a small fringe of disturbed people who are looking for an excuse to go over the edge, and who will find it in angry and tormented lyrics -- even if those lyrics are supposed to be about eternal salvation.

It is still possible to find fundamentalist Christians who hold that all rock 'n' roll is the devil's music, and that CCM is only a more deceptive variety. The mainstream Christian culture industry, however, is too sophisticated and too profitable to turn its back on any form of musical expression. But with the proliferation of Christian music -- and books, movies, stand-up comedy, and pro wrestling -- the line between faith and sin has become blurred, and pop proselytizers will have to ask themselves if they are really changing hearts or just winning fans. Evangelicals justify their embrace of 21st century pop culture forms by saying that the Bible calls them to be "in the world, but not of it." This week, sadly, they are both.

Daniel Radosh is a freelance writer and a contributing editor at the Week.