The top five books on the Kennedy assassination

An expert's guide through the perplexing thicket of JFK assassination books. 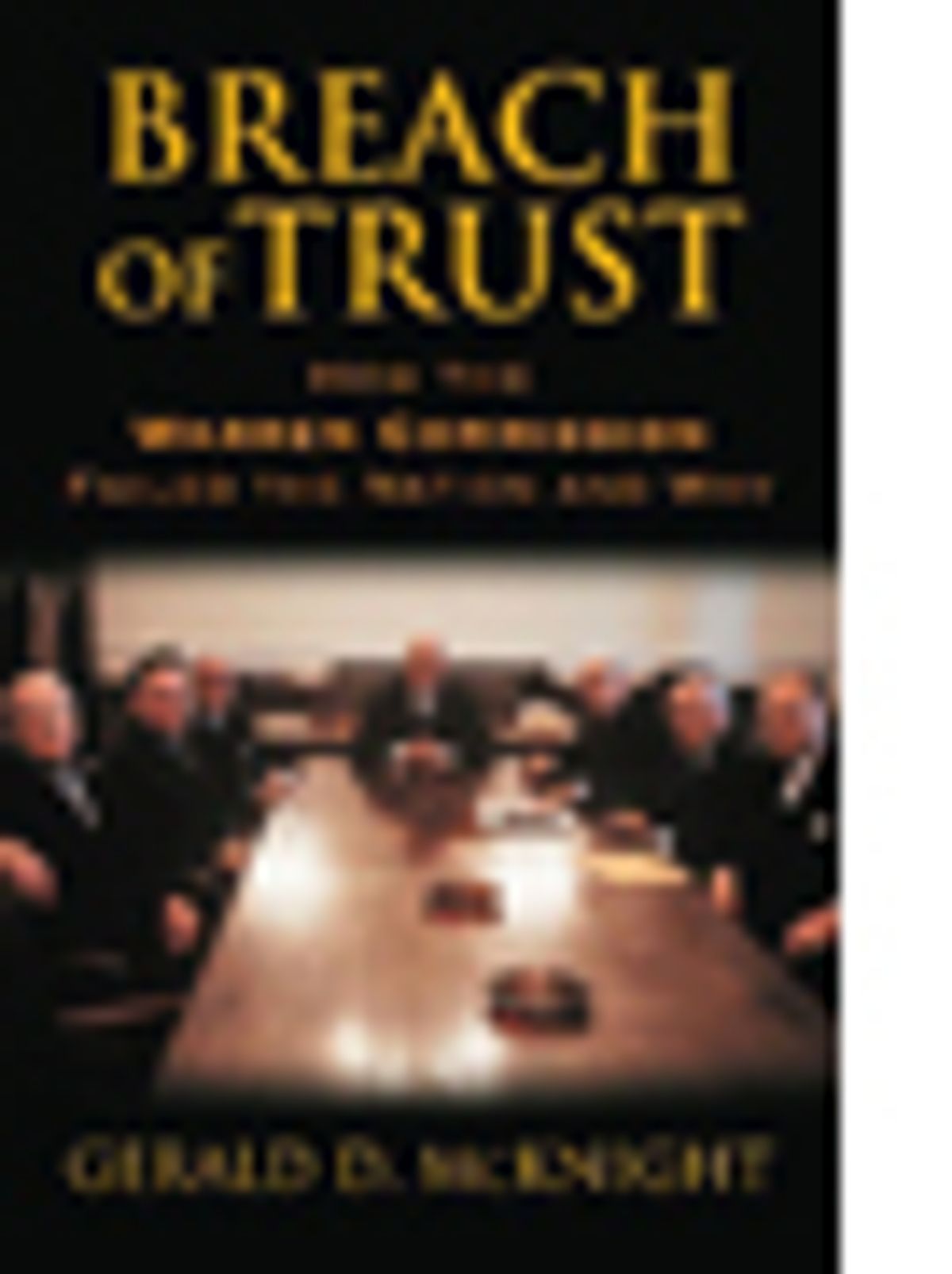 Readers interested in delving into the Kennedy assassination face a bewildering array of books to pick from. Here is my personal guide to the top five books on the subject, in the order I recommend reading them.

1. "Breach of Trust: How the Warren Commission Failed the Nation and Why," by Gerald D. McKnight, University of Kansas Press, 2005.

This lucid and persuasive critique of the official version of the assassination is the best book on the subject in years. A good place to begin. (The University of Kansas Press deserves credit for making the JFK assassination an ongoing area of interest.)

2. "Not in Your Lifetime: The Definitive Book on the JFK Assassination," by Anthony Summers, Marlowe & Com., 1998.

The subtitle is accurate. Written by the indefatigable Irish investigative reporter, who has made a specialty of shedding light on America's darkest corners, Summers' book (originally published as "Conspiracy" in 1980) ferrets out a wide cast of suspicious characters, a number of whom never received the legal attention they should have before they died.

Fonzi, a Philadelphia journalist who became one of the most aggressive investigators for the House Select Committee on Assassinations in the late 1970s, is an unsung American hero. His account of the only government investigation that came close to cracking the JFK case is fascinating and heartbreaking.

Newman, a University of Maryland professor who served for 20 years as a military intelligence officer, uses his national security experience to make a compelling case that accused assassin Lee Harvey Oswald was a creature of U.S. intelligence, despite the CIA's strong assertion he was not.

5. "All American Mafioso," by Charles Rappleye and Ed Becker, Doubleday, 1991.

Rappleye, a journalist, and Becker, a former Las Vegas P.R. man who was familiar with mobsters, tell the story of one of the most fascinating Mafia figures of all, Johnny Rosselli. The key link between the underworld and the CIA, for whom he organized murder plots against Fidel Castro, Rosselli became a witness of great interest to government investigators in the 1970s. Just as he was starting to tell his story to the Church Committee, which was thought to include revelations about the Kennedy assassination, Rosselli's dismembered body was found floating in an oil drum in the waters off Miami. "He was killed every way you can kill a man," former Sen. Gary Hart, a Church Committee member, later recalled.

Still hungry for more? Pick up copies of "The Zapruder Film," by David R. Wrone (another excellent title from the University of Kansas Press, 2003); "Deep Politics and the Death of JFK" (University of California Press, 1996), by one of the grand old men of the JFK research field, Berkeley professor Peter Dale Scott; "JFK, Nixon, Oliver Stone & Me" (Public Affairs, 2002), an entertaining account of Washington/Hollywood politics by a former congressional staffer named Eric Hamburg who helped guide the energy unleashed by the film "JFK" into passage of the JFK Assassination Records Collection Act -- an enormous boon to researchers trying to expand our knowledge of the crime, but which has yet to be fully complied with by government agencies.