Felicity Huffman bends gender and rises above bad makeup as a pre-op transsexual in this red state-blue state road movie. 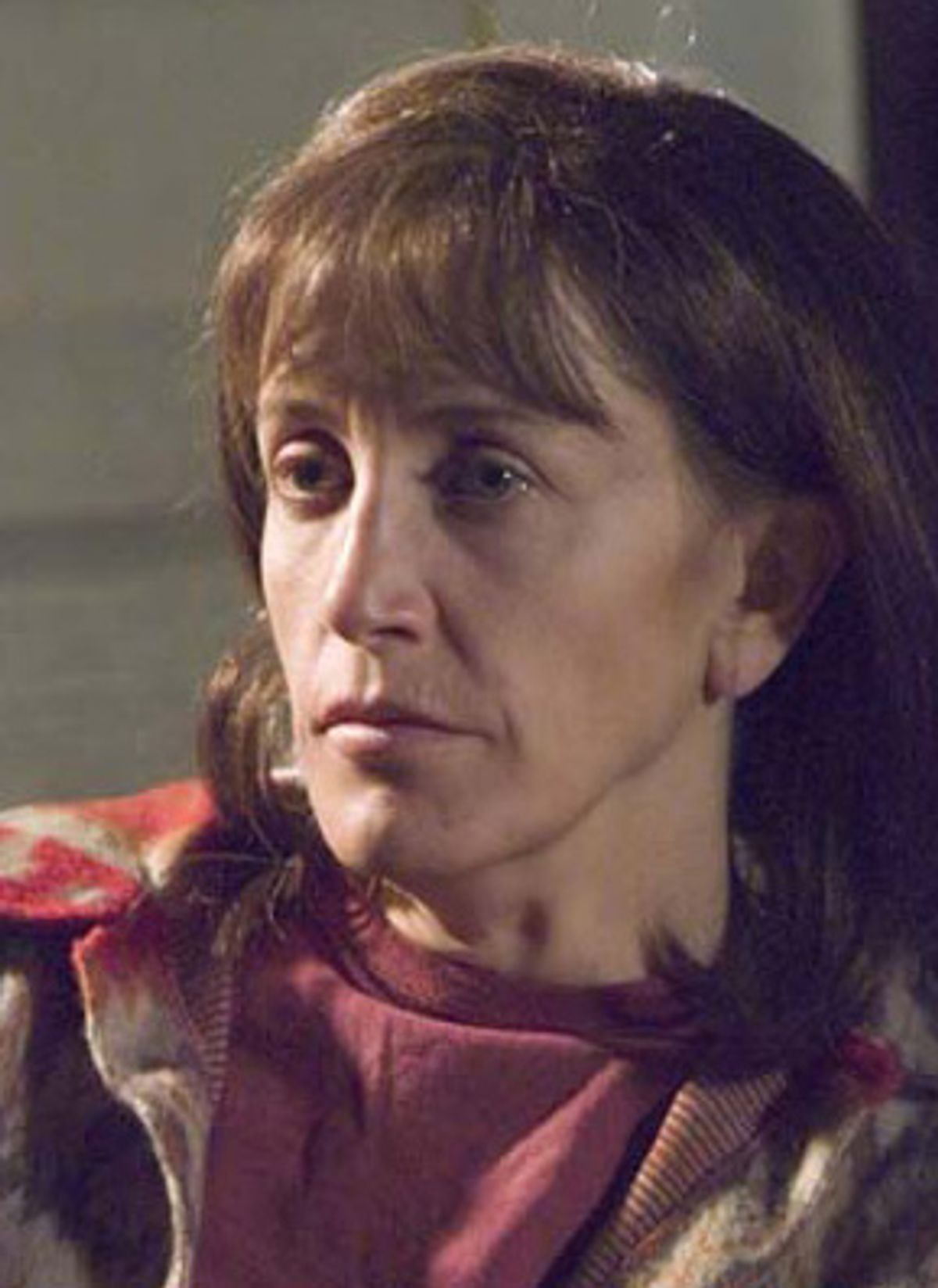 "Transamerica," in which a pre-op male-to-female transsexual treks cross-country with a young man who doesn't know he's her son, is one of those comedy-dramas made with desperate good intentions and a healthy dose of compassion. This is a picture designed to be agreeable even to people who don't understand why anyone would feel the need to change genders: They can have a laugh, and their little minds might even expand a belt notch or two.

Which is precisely the problem. "Transamerica," the feature debut of writer-director Duncan Tucker, never lets us forget that it's a nonmainstream story about a nonmainstream subject, when ideally, it should simply be a story about a person. The picture too often feels like a lesson in tolerance, pleading for us to recognize that transsexuals are just like you and me, even as it can't resist reminding us that they're not.

This is a road movie that takes place between New York and Los Angeles, two cities whose populations are by and large at least reasonably open-minded. But watch out for that vast expanse in between: "Transamerica" is a red state-blue state movie, one that needs to believe in the small-mindedness of Middle America or its point of view would crumble. When the lead character, Bree, played with a great deal of convincing determination by Felicity Huffman, reconnects with her younger sister (Carrie Preston) in her hometown of Phoenix -- a place Bree left years ago for more hospitable Los Angeles -- she's greeted with a sneer: "It's like you put yourself through a strainer to get rid of all the boy pulp," the sister says, even though she's one of the few characters in the movie who's supposed to be reasonably hip.

That's not quite as bad as the greeting Bree gets from her mother, played with loud, garish brush strokes by Fionnula Flanagan, who unceremoniously grabs Bree's crotch and crows triumphantly, "Thank God, he's still a boy!" But even though we all know that there are places, and families, where transsexuals wouldn't be met with easy acceptance (and that includes certain parts of Los Angeles and New York), setting up such a strong "us" vs. "them" dichotomy detracts from the potential drama of the basic story. Worse yet, it undermines Huffman's performance.

At the beginning of "Transamerica," Bree is looking forward to her long-awaited surgery, which is just a week away, when she gets a call from a teenager she realizes is her son, the result of a onetime heterosexual encounter in college. The son is in New York, and he's in jail: Bree doesn't know anything else about him, and prefers to keep it that way. But her therapist (Elizabeth Peña) refuses to sign the final permission papers for Bree's surgery until she faces up to this remnant of her past. And so Bree flies to New York, planning to bail the kid out and get back in time for her operation, while avoiding any emotional entanglement.

The son, whose name is Toby (he's played, with seemingly willful inexpressiveness, by Kevin Zegers), is a disaffected kid who, after the death of his mother, has run away from his home in Oklahoma. He's been living in a squat, hustling to make money; his ambition is to get to Los Angeles to work in porn films. Although Bree can't bring herself to tell Toby she's his father -- he believes she's a Christian outreach worker, and with her prim blouses and carefully arranged pageboy, she fits the bill -- she finds she can't just abandon him. And so she buys a used junker from one of Toby's drug-dealer buddies and heads back home with her son in tow, frequently telling him to get his feet off the dashboard and lecturing him on his excessive and unnecessary use of the word "like."

With that setup alone, Tucker has plenty to work with. But the relationship between Toby and Bree never gels in a satisfying way, partly because Zegers can't navigate the tricky business of playing a bitter, disillusioned young man that we ultimately come to feel something for: It's hard to play a closed-off kid while being open to the camera, and Zegers can't quite pull it off.

Huffman, on the other hand, gives us plenty to watch, particularly in the way she so gamely slips into the skin and bones of her character. Her carriage has a self-conscious daintiness, as if she were perpetually balancing a full teacup of manliness that she knows could spill at any moment. Bree speaks in a voice whose pitch has been conscientiously and painstakingly smoothed into a nowheresville between high and low; the meticulousness of her softened, fluted vowels is sometimes touching by itself. In one scene Bree examines her reflection in the mirror, frowning at the way her bulging crotch makes an unsightly bump in her silky nightgown; what we see in her face is less the specific frustration of a pre-op transsexual than an expression of the way our bodies so often defy our own firmly defined notions of who we are inside.

But Huffman is almost undone by bad makeup -- specifically, the grave sin of lipliner outside the lips, which is probably someone's idea of what a "real" pre-op transsexual would do to make her mouth look more feminine. Huffman is most believable in the scenes in which she wears no makeup at all. At one point during their journey, she and Toby hook up with a rancher (played with charming earthiness by Graham Greene), who takes a liking to her -- he clearly appreciates her for who she is, even though he doesn't yet know her secret. (You can't help feeling, though, that in the movie's scheme, he's allowed to be open-minded because he's a Navajo -- in other words, a spiritually open-minded outsider, as opposed to your typical Middle American.)

A sudden plot twist has left Bree without her makeup bag, and in these scenes, where Bree and her rancher enjoy a mild flirtation, Huffman is at her best. She has a wonderful face, with features that manage to be both strong and soft at once: It's a visual metaphor for the way masculine and feminine qualities exist in all of us. That face, naked and beautiful, represents the missed opportunity of "Transamerica." The movie's focus on Middle America as a closed-off and intolerant place prevents it from exploring the greater truth: that underneath our masks, we're all boys and girls together.