The greatest viral video of the year. 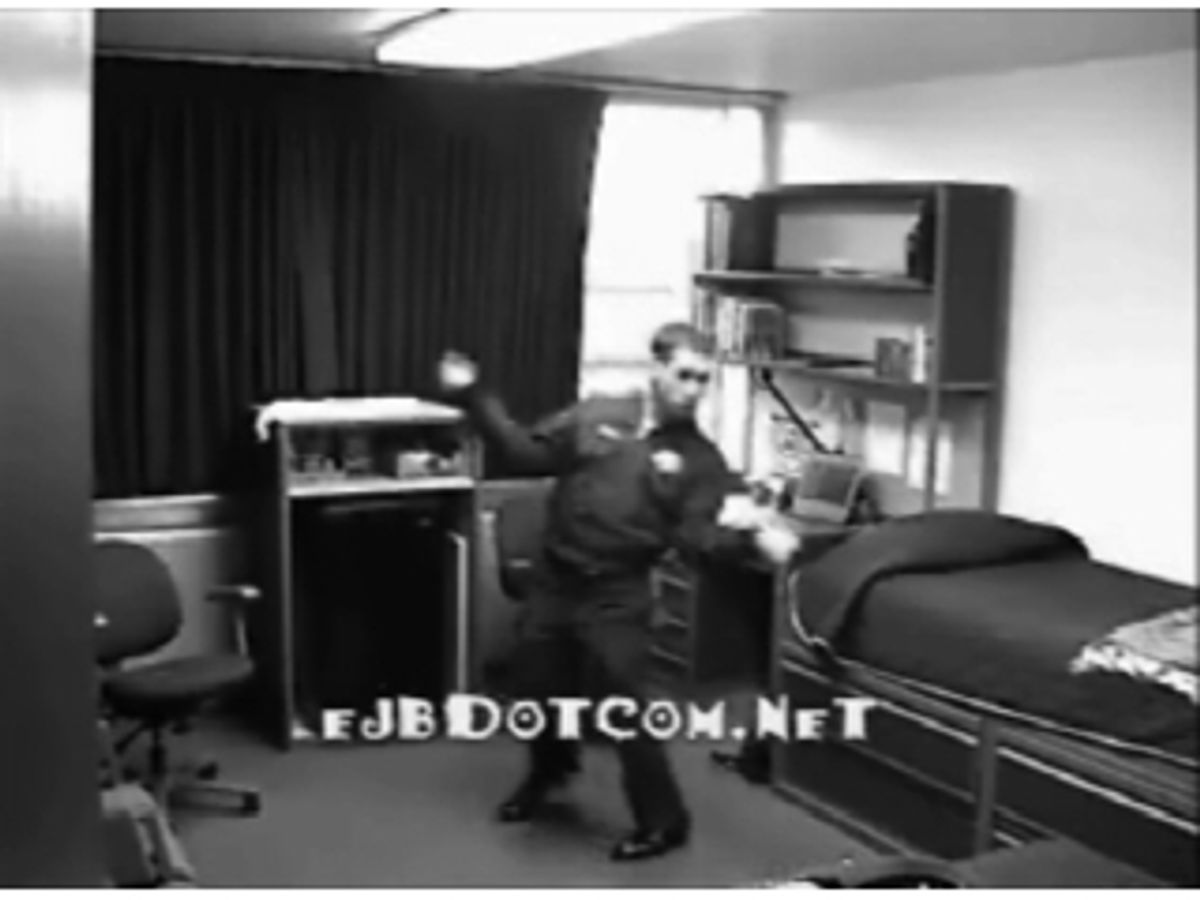 This video itself gives us precious little information: An earnest young man tells us that he's at the Air Force Academy, that he frequently comes home to find his roommate "dancing to some retarded music," and that he's setting up a camera to catch his roommate in the act. Soon after, the roommate shows up, is left alone, and what follows can only described as magic. It's been sent around the Web all year, and it's our pick for 2005's finest viral video. But who are these guys? If anyone has any information, please let us know -- we want to interview them. Also, inspired by the genius of the dancing cadet, we're launching the first official Video Dog Dance-Off. Send us short home videos (1 minute tops) of you or a friend busting a move, and we'll pick the best one and make you famous... sort of. [Note: If you want to watch a slightly clearer, but much larger (26 MB) version, click here.]